When I first heard about Flash Valet, I didn’t get it.

Why would someone send an SMS to get their car? Is that five minutes of waiting really that big of a deal? Is it really worth the effort?

Since they’re Austin-based, I stopped by to try to understand better. The problem and vision they laid out made so much sense. And I’m proud to say they didn’t convince just me – last week they convinced the audience at Startup Camp Comms 4 and won the pitch contest taking nearly 50% of the vote!

For the customer, there are two frustrating parts about using a valet service:

First, you have to wait outside in the (choose: heat, rain, cold, meteor shower, snow). If you’re lucky, it’s a few minutes. If you have bad timing, it could be quite a while. They solve this problem by giving you a phone number and ticket number when you drop off your car. When you want your car, you send an SMS and the valet can respond with the expected wait time. When your car is ready, they send an SMS. If you don’t come out quickly, they send another, then an automated call.

Second, how do you pay? Most valets won’t accept credit cards, so you have to find an ATM and pay the fees. That could mean standing at an ATM at odd hours. Instead, using their iOS app, you can pay with a card on file.

A Different Set of Concerns

The biggest concern for the valets themselves relates to having large unchecked sums of cash on the street late at night. But the secondary concerns relate to knowing who touched which car when, managing staff at each location, and generally being responsive to customers. They provide a complete audit trail with reporting at each stage. Since this is their secret sauce, I’ll let you explore their site for details. 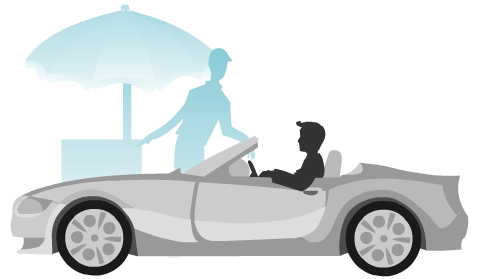 Overall, I think it’s a great system and just makes sense. It’s an unexpected place where SMS makes an experience faster, easier, and solves problems for everyone involved. They already have a dozen locations around Austin and even handled time and attendance at Austin City Limits (ACL) this past weekend.

The most entertaining part of their presentation was the judge’s feedback. It turned out that Carla Thompson (@carlat) – CEO & Founder of Sharp Skirts – used the service at a local restaurant just days earlier. She admitted that she loved the simple process and had no criticism. The other judges – Jason Cohen of A Smart Bear (@asmartbear) and Bob Metcalfe – the creator of Ethernet! (@BobMetcalfe) – had great questions and challenged a few assumptions.

Disclosure: While I have no vested interest in Flash Valet, they’re a great group and I’ve been helping them where I can with introductions and identifying opportunities. All images were borrowed from their site.