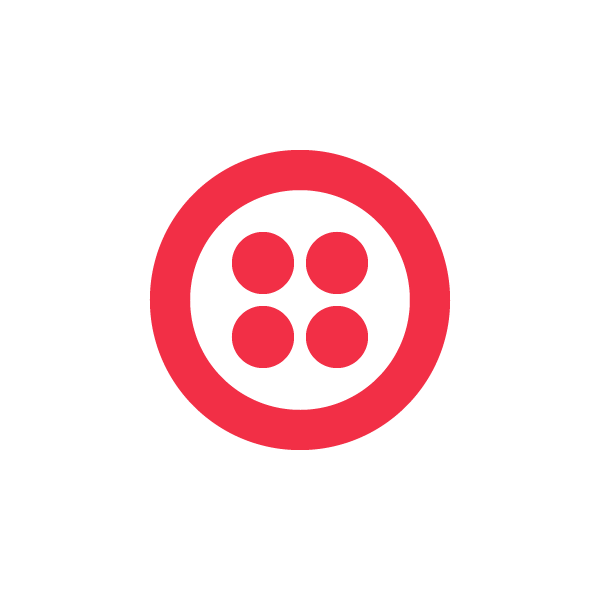 Austin recently hosted its first API Hackday which closed out the jam-packed and almost overwhelming week that was Austin Startup Week.

This time around, we partnered with Hackday regulars Mashery & SendGrid and Austin-locals Infochimps & Hoovers to see what the teams could create. This time around, we started the morning with fantastic cold brew coffee with four times the caffeine of normal coffee. It’s amazing how fast some people can type.

There were three projects that really stuck out as creative:

First, we had “The Application Trail” which is a simple app built to solve the problem of “I’m getting close to a town but I don’t know where the hotels are or their prices.” In particular, their idea was for someone hiking the Appalachian Trail but through creative use of Infochimp’s Geo API and Mashery’s access, it would work anywhere.

My favorite part of this project is how they chose the underlying technology. They had a one person each in Ruby, PHP, and Python so the only skill they had in common was Javascript, so Node.js was the obvious choice.

Next, we have Crapcha to solve the problem of “I get too many irrelevant responses to Craigslist ads.” For example, if you’re selling a couch in NYC, responses from Seattle just waste your time. To solve the problem, they use the Twilio API to purchase a phone number for each ad. When a visitor wants to respond, they click through and visit a separate page to get a custom PIN. When the visitor calls, they correlate the call with the site visit via the PIN and retrieve location information via Infochimp’s geolocation information. Voila. Now you can filter calls by location.

I spent much of the day sitting near this team and I was sincerely impressed. They asked great questions, the developers and non-developers each seemed to contribute where they could, and their communication was great all day. Major kudos go to Gavin Todes, Dan Jensen, Gilbert Garza, and Jonathan Lue.

Finally, the overall winner was SMScal.com from Christopher Brown. The idea is so simple and yet makes so much sense, it hurts. Quite often you want a reminder at some point “later” at a non-specific time. The common solution is to text yourself, but since you receive it immediately, you haven’t solved the problem. Christopher’s system allows you not only to schedule a message at a specific time, but accepts messages like:

call mike back in 2 days

close out tab and get my credit card in 3 hours

And SMScal is smart enough to send “call mike back” in 2 days and “close out tab and get my credit card” in 3 hours. In later versions, he plans to implement date-based and time-specific reminders via SMS instead of just the site. Obviously, this uses the Twilio API. 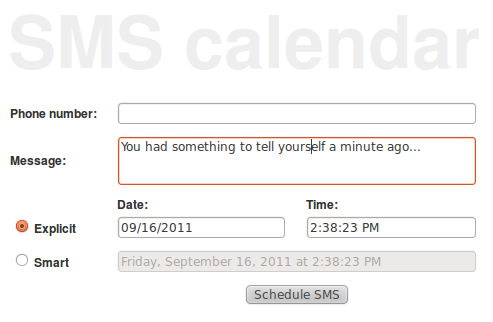 Overall, API Hackday was great! We saw some great ideas, some great teamwork, and people who would otherwise not meet come together and build something cool. It’s amazing what you can accomplish when he distractions are gone, the caffeine is flowing, the geeks are geeking, and the APIs are...well, they’re working. Remember that every one of these apps is imagined, developed, and demoed in front of an audience in under eight hours. It’s nothing short of amazing.

Note: For those of you not familiar with Infochimps or Hoovers, they’re two Austin favorites. Infochimps lives, breathes, collects, and sells Big Data ranging from geolocation data to alien abduction reports to valid crossword words. Hoovers is a Dun & Bradstreet company that collects information on the finances, leadership, and other details of over 75 million companies. Of course, both companies have APIs so you can make use of their data too.

And special thanks goes to the team at Conjunctured Coworking who lent us their entire offices for the day.