We profiled Ross Penman as DOer of the Month and featured his developer profile on the front page of the DOer Gallery. If you’d like to share your story on the blog, create your DOer profile and email community@twilio.com 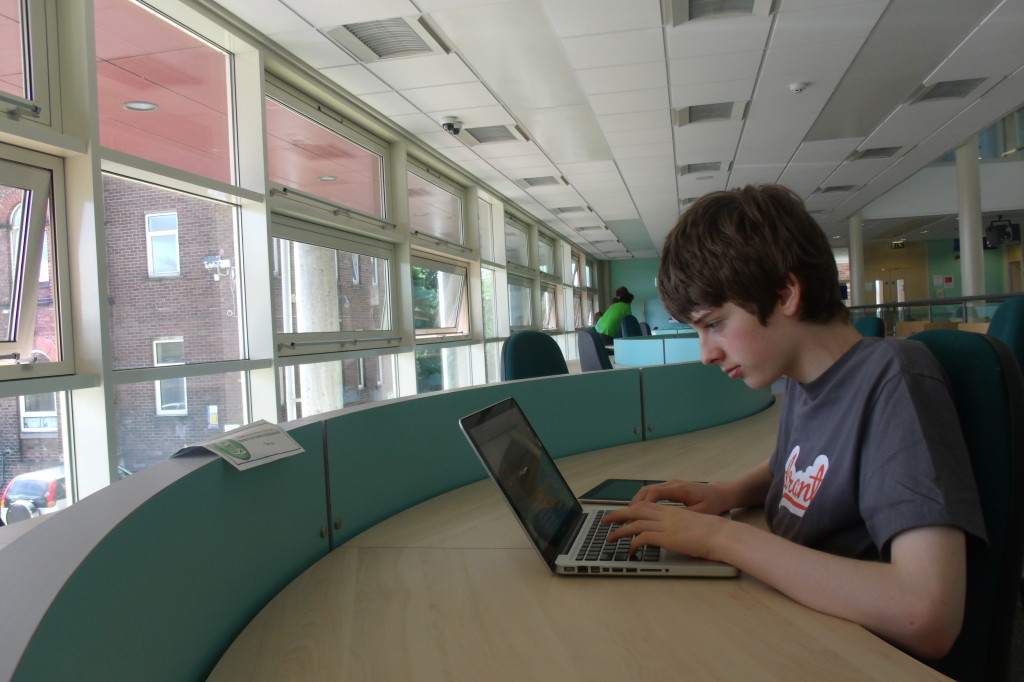 When Apple’s Developer System Status page went down, some developers took to forums, to Twitter and to Facebook to spread the word. Ross Penman got hacking and quickly built a Twilio SMS powered app to alert his fellow developers when the System Status page was back online. Over 750 developers from all around the world signed up within 24 hours. Not bad for a 14 year-old hacker who’s only been coding for two years.

We talked with Ross about how he got started coding and what other projects he has in the works.

When did you start coding and at what age?

I built the Developer Centre Notifier using Ruby on Rails and Bootstrap, deploying on Heroku. It was the first app I had built with Twilio, and it was really the first time and had used it other than sending myself a couple of “Hello world” style text messages.

I was able to build the service in a few hours. I had to create the web application for people to subscribe and unsubscribe, create a script to check the Apple Developer System Status page for changes, and actually handle changes to the site and send the notifications.

I left the actual notifying to near the end of development because I was worried about how complex it would be. When I actually came to do it, I found it much easier to use than I had expected and it turned out to be the quickest part of the service to implement.

Twilio’s RubyGem made integrating it with the app very easy. Realising that I could send an SMS in two lines of code made Twilio very appealing to me.

I was fascinated by the amount of countries from which people were using the app. I spent a lot of time scrolling through my Twilio logs and Googling the country codes of all of the phone numbers. I was worried that there would be some problem with phone systems in all of these different countries but after I worked out that I had to switch from a UK phone number to a US one everything worked flawlessly.

How has feedback on the app been? Was it well received?

Demand for the app was far higher than I had anticipated. Within 24 hours 750 people had signed up for the service, largely thanks to the app being featured on MacRumors. Feedback for the app was mostly positive. Some people were understandably cautious about trusting me with their phone number, and asked why I didn’t use email or RSS instead.

I thought that it was best to go with SMS because the purpose of the app was to provide instant notifications and so email didn’t really seem the best fit, RSS even less so. SMS is very different because it’s one of the few text-based forms of communication that is push rather than pull. You check your email, you check RSS, but you are alerted of an SMS.

Anything you’d like to add? Any new projects you’re working on?

Twilio does a lot to engage with developers – and that includes young developers. I’ve had a great experience with support and with the team in Europe!

I think that one of the most important things that tech companies who want to encourage young people to use their services can do is to avoid requiring a credit card to get started. It is often very difficult for young developers to have access to an easy way of paying for online services, since credit cards usually have a lower age limit of 18.

Twilio let me build and create regardless of this – and I love it.

Now that the Developer Center outage is over, I will probably shut down the app since more prolonged outages that have a significant impact on people are unlikely, and I think that it would start to get annoying very quickly if there was a notification about every two-minute outage.

Learn more about Ross Penman by visiting his website here.