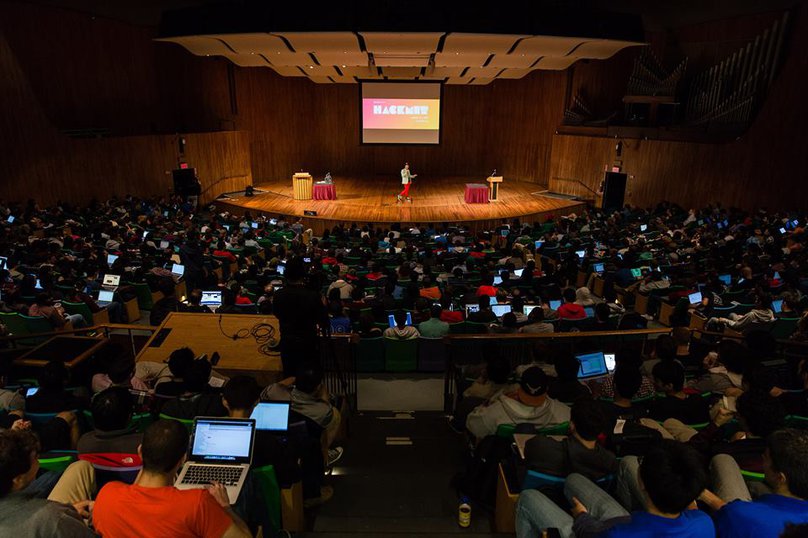 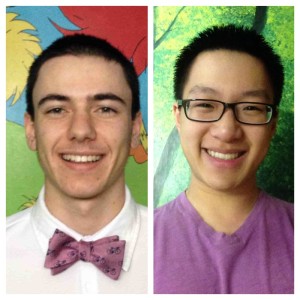 Alex Chen and Jeremy Rubin (pictured right) might have single handedly saved HackMIT. It’s no small task to manage one of the largest student hackathons in the world. It’s a heroic task to ship a Twilio app that saves the entire hackathon– during the hackathon.

Jeremy and Alex built a HackMIT call queue to route calls from their team members, and serve as a help line for other hackers at the event. And when hackathon’s voting system fell through, they built another one on the fly with Twilio. They had the app running in under an hour, handling over 240 votes in a few minutes.

We talked to Alex and Jeremy about their HackMIT experience and what it was like to build with Twilio and ship fast.

What time did you realize you needed a way to contact your team members and run voting?

We knew we had to have a helpline a bit before the hackathon... I think our first commits on the phone call line were on thursday. We had the task on Wednesday. I got a text at 11:07 Sunday morning telling me I needed to do something about Judging. I got out of bed (in Boston) and over to campus. I think I had a rudimentary version up by 11:33.

What was the build process like, and how was coding while in the midst of a gigantic hackathon?

Twilio is f**king awesome. Integrating phone stuff seems like a real pain from the outside, but it was really easy to work with. Scarily easy. Using it during the hackathon was awesome. It removed a lot of stress, so I could focus on building the app logic and not worry about actually getting the texts.

People kept on coming up to me to ask administrative questions, so I had to say to tell them off so I could get back to work. Accidentally did this to a sponsor, made quick apologies when I realized.

Spec kept changing on what features our Directors wanted it to have, like I said, I only had to touch the twilio config once and spent the rest of the time worrying about the app logic. We even had time to put together a light interface instead of manual querying!

Voting was smooth. The only major issue was that it was hard for internationals to participate in the vote which sucked, however the vote margins were quite clear. All in all, couldn’t be more satisfied with Twilio! Sticker is now occupying the top left of my laptop back!

One thing that would have been cool would be a server side API token to verify that the post request came from you guys and not hackers. Not sure off the top of my head if this exists. We ended up just asking them to put in their name, and limiting one vote per number. That way, we could figure out later if any fraud occurred.

Register for the next HackMIT here