In a developing country, a text message is greater than the sum of its characters. A text can open doors to micro-financing, give farmers the critical weather information they need, or help a radio station reach its listeners in rural areas.

But, creating an SMS communication service in a developing country has been anything but simple. Nonprofits and organizations struggle to find the right technical expertise for the right budget.

Telerivet works to provide technical and non-technical folks an easier way to build and deploy mobile messaging services, without huge upfront investments of time or money. The Telerivet platform gives anyone the ability to easily build and manage SMS services, campaigns, surveys, and more.

Opening Up The Gateway To Communication For Farm Radio International

Farm Radio International (FRI) is working to eradicate food insecurity in thirty-eight African countries by reaching out to farmers over the radio, to broadcast vital information and gather feedback. By making it easy for FRI to build and run their own mobile messaging systems, Telerivet lets FRI focus on mission-critical issues like tackling food scarcity.

FRI used Telerivet to set up an innovative polling system that combines voice calls and SMS. To vote, farmers simply call in to FRI, and hang up after the first ring to avoid getting charged for the call. This process is known as “flashing” in many countries. With Telerivet’s dashboard, radio hosts could easily see the number of calls they received on each phone number to track the results of their poll.

Telerivet gives their users access to powerful communication tools, but keeps in mind that some users might be handier with brackets, semicolons, and code than others.

More technical users can also go one step further and use the Telerivet API to write code that runs on their own servers. Or, they can build serverless deploys in just a few lines of JavaScript code — a feature that Telerivet built to give programmers the power of their API without any of the headache of setting up their own servers and development environments. 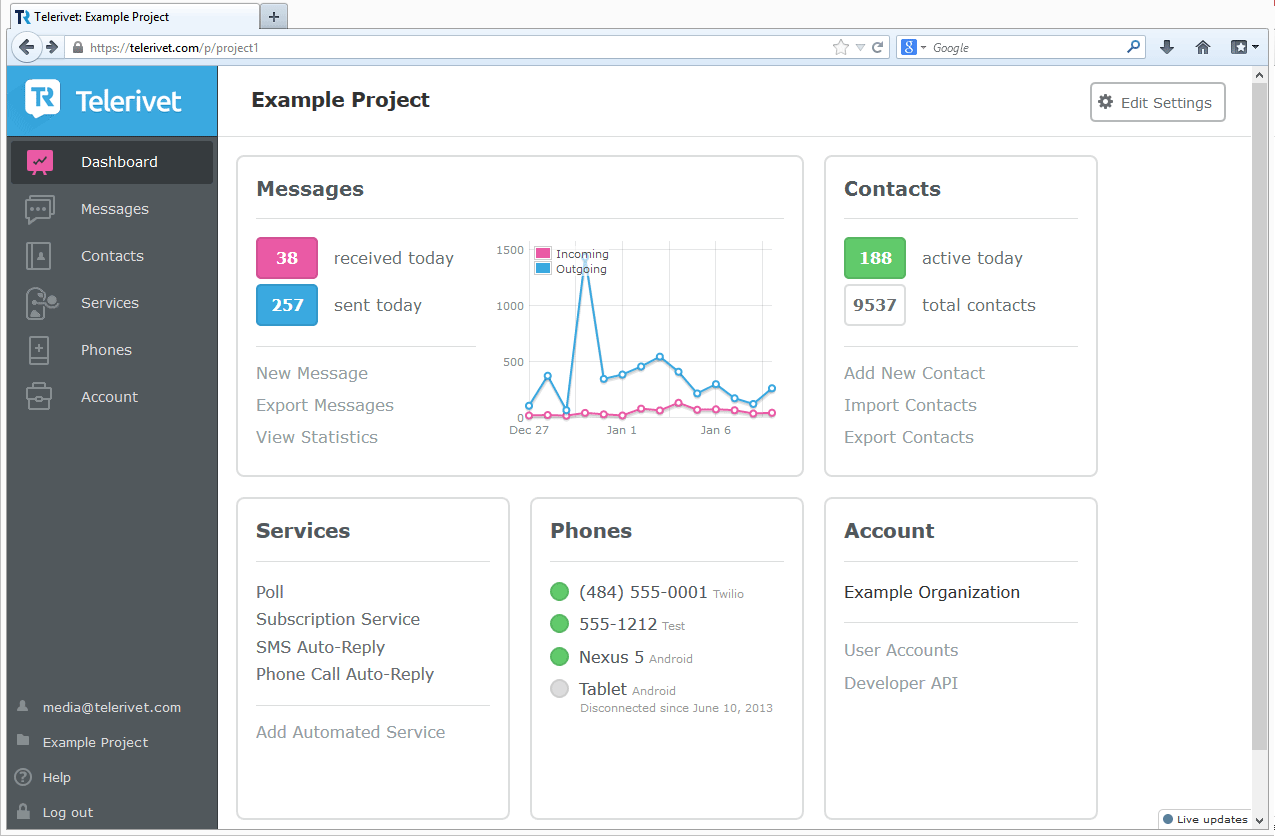 What’s A Text Message Worth?

As more and more businesses and organizations adopt mobile messaging solutions, the text message has become more than a friendly hello, or a reminder.

This evolution of the text message is key to Telerivet, with two years and millions of messages under their belt. The market Telerivet serves is growing rapidly, from the meteoric worldwide adoption of mobile technology to the rise of M-PESA and mobile banking services. Telerivet CEO, Josh Stern (pictured above)* and his team see a huge opportunity to support the rapidly growing mobile messaging needs of organizations worldwide — and Telerivet is jumping to support them by making SMS as simple and accessible as possible.

This is part one of a two part series profiling Telerivet and the SMS microfinance in developing countries. Look for part two on the Twilio blog