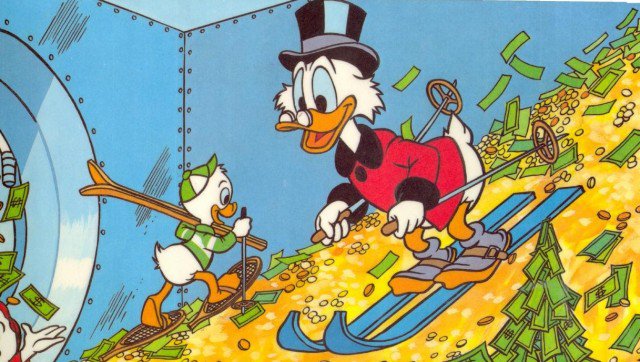 Yesterday the fine folks at Stripe brought to the world of digital currency yet another player with the announcement of the Stellar Organization, stewards of a new decentralized protocol for sending and receiving money in any pairs of currency and a new companion digital currency called the stellar (STR). This new protocol and currency, while having its own market determined value, is intended to provide a simpler path for converting between other currencies.

Never one to back away from a bandwagon, I immediately signed up and started playing with stellar, having a ton of fun exchanging the currency with friends and bugging my twitter network to send me stellars. As my friends and I continued, I thought, “Wouldn’t it be great to get an SMS message every time I received some stellar?  If only there was an API for stellar that I could tap into”.

If only?!? Of course stellar has an API! There are APIs for everything: thermostats, coffee machines, lightbulbs, even cars.  Why wouldn’t currency have an API too? In this post I’ll show you how to take the Stellar API, mix in a pinch of Node.js and a dash of Twilio SMS and create a simple stellar notification system. If you want to skip ahead, you can view the final code for our app here.

Before you dive into the code, let’s make sure you have everything you need:

Interaction With The Stellar API

You can interact with the Stellar API in 3 different ways: RPC, Command Line and Websockets. For this app we’ll be using Websockets but you can read about each method in the API documentation. Specifically, we’ll be using the node ws module. Let’s install it using npm:

Now let’s create a new file called app.js and initiate a connection to the Stellar API over Websockets:

Now that we have that in place, we need to add a handler that will let us know that our connection is opened:

Let’s run our app and make sure we’re connecting successfully.

We should see the “ws connected” sent to the console. We’re now ready to subscribe to updates from the Stellar API. To do that we’ll be using the subscribe endpoint. We’re going to add some new code within the callback for when our Websocket is opened:

Before we run this code, we need to setup a way to receive the data we get back from the Stellar API. We’re going to add a new handler for the message event. This will get called whenever Stellar sends us a message indicating there has been a transaction on our account. Because all responses from the Stellar API are JSON, we’re going to parse the data and log it to our console:

Now if someone sends you stellar you will see some information about that transaction logged into your console. You may notice that if you send someone stellar it will also get logged. Let’s add a basic conditional to only show transactions you receive:

We’re checking the JSON we receive from Stellar for 3 things:

Now if you rerun the app you should only see the output when you’re on the receiving end of a payment.

Finally, for the sake of completeness let’s add some basic error handling when we send our data to the Stellar API:

We’re now able to programmatically determine when our friends are sending us stellar, but we probably don’t want to sit in front our terminal watching console output all day. Fortunately, we can use Twilio to send an SMS message when it happens. To do this we’ll be using the twilio node library. First, we’ll need to install the library using npm:

Next let’s initialize it at the top of our app.js file:

We’ll be using our Twilio accountSid and authToken to create an authenticated client for the Twilio REST API. You can find these both in your account dashboard.

Now that we have our tools in place, we can update our code to send an SMS message instead of outputting to console:

We’ll use the sendMessage function to send our SMS message. In the function, we pass the number we want to send to, the number we want send from and the body of our message. We’re using the msg.transaction.Amount to dynamically show how much stellar we’ve been sent. Since an amount of stellar is always represented in microstellars in the Stellar API, we have to divide by 1,000,000 to convert to STR. Next, we provide a callback for when the message has sent. In this case we’re just going to output the body, so we know the message sent successfully.

If you receive stellar from your friends you will get an SMS message. It will look something like this: 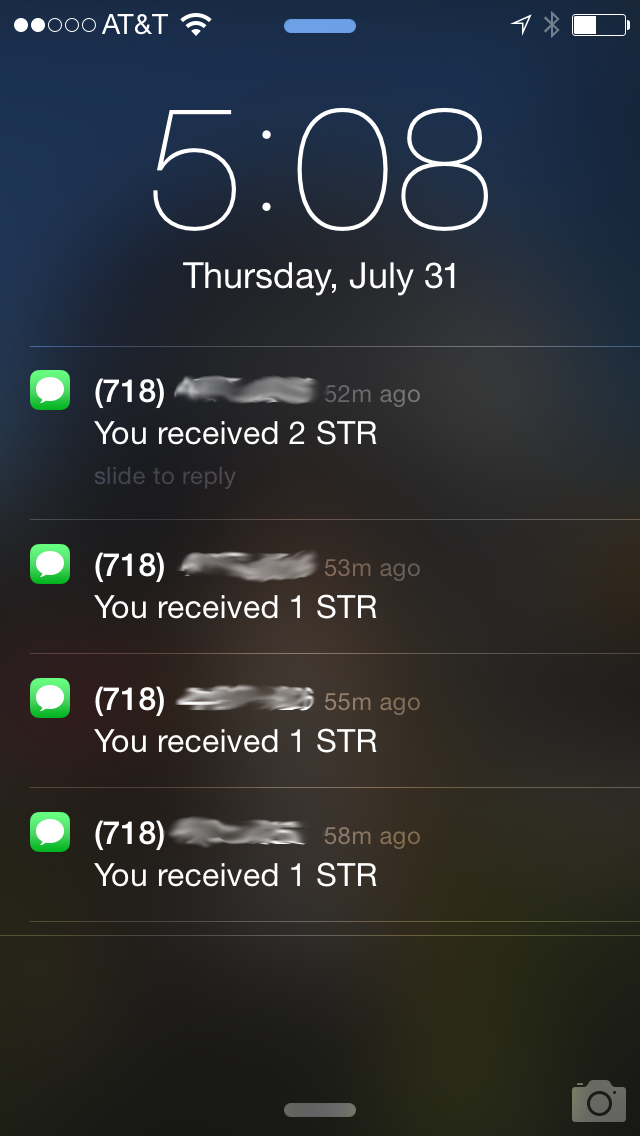 Look at that stellar roll in! Let’s do one last thing to help ensure your phone keeps buzzing as your friends share their stellar wealth with you. We’re going to keep this code running continuously using forever. First, let’s install forever:

You’ll notice we’re using the -g option to install this globally. This is required since we’ll be running forever from the command line.

Now that we’ve installed forever we can start our app:

Our app is now running continuously in the background and we don’t have to worry about missing any SMS messages as more and more stellar comes in.

Found that easy? Why don’t you try building another mashup with Twilio and the Stellar API? Maybe something to access your account info with a phone call or send stellar via SMS.

Tweet me a screenshot of your stellar SMS notifications + your Stellar username and I just may send you some stellar to make your phone buzz even more! Have questions? Just leave a comment below or drop me an e-mail.