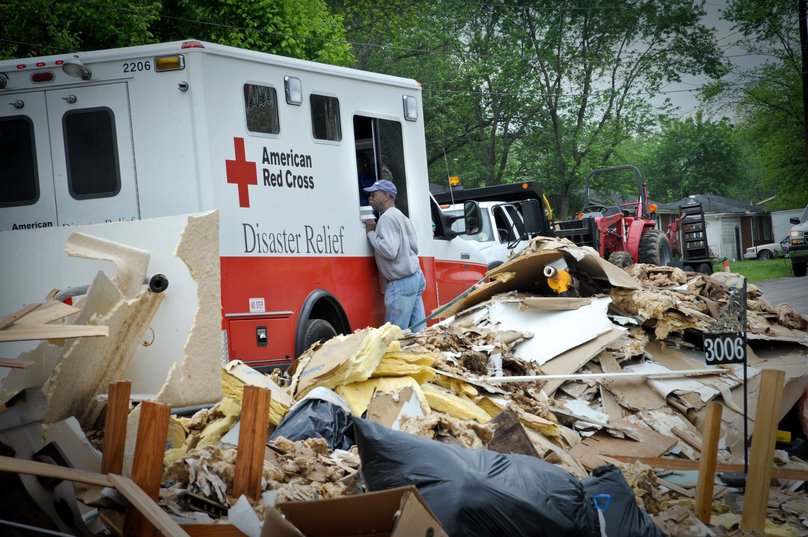 Most disasters the American Red Cross encounters are house fires that require a network of volunteers to be immediately dispatched during an emergency. They provide shelter, food and clothing, in addition to services like mental health support. The American Red Cross of Chicago & Northern Illinois responds to three or four disasters a day – that adds up to 1,200 a year.

Every moment counts when you’re coordinating disaster response.  Unnecessary phone calls add up quick and can cost volunteers precious time they could be using to assist disaster-affected clients.

To streamline their emergency dispatch process, the Red Cross in Chicago and Northern Illinois reached out to the Northern California Coastal (San Francisco) Region who had built a new Incident Management and Volunteer Scheduling system powered by Twilio. The open-source application is Disaster Cycle Services Operations, or what volunteers call – DCSOps.

Previously when a disaster struck, a volunteer dispatcher had to rundown a call sheet of potential responders one-at-a-time. The dispatcher had to place separate calls to confirm the volunteer was available and en route to the disaster, confirm they were there, and record their departure from the scene. This process was wasting valuable time. “We want our dispatchers to be able to focus on conversations with the fire departments and volunteers so they can serve people who need help,” said Jim McGowan, Director of Planning and Situational Awareness for the  American Red Cross of Chicago & Northern Illinois.

Through the new Twilio-powered alert system, dispatchers can now send a text message to the volunteers on their list, including pertinent details about the incident. This prevents dispatchers from having to relay the same information multiple times to numerous volunteers, cutting down the dispatch cycle down immensely. This new system also helped level the workforce playing field for new Red Cross volunteers. Using the old system, new volunteers might be passed over in favor of an experienced volunteer. Now with broadcast messaging, everyone has an equal opportunity to volunteer.

“We were tired of monolithic systems that weren’t really flexible. They were hard to use, clunky, and volunteers didn’t want to use them,” he said.

“Volunteers really like it. They can schedule themselves, do what they need to do and communicate effortlessly with our dispatchers” said McGowan.

Once the dispatcher assigns a responder, the responder can check in with  a quick text message rather than a phone call. Using keywords like “ENROUTE,” “ARRIVED” and other commands, responders keep dispatchers in the loop in an instant. Texting “MAPS” gives responders directions to incident scene, and “RESPONDERS” provides the names and phone numbers of fellow volunteers.

DCSOps is now used in major market Red Cross regions with high response zones including New York City, Los Angeles and San Diego in addition to other areas accounting for 20 percent of the national population.

McGowan and Laxson admit they took an unconventional approach when developing their own dispatching system defying the typical top-down approach to software dissemination deployed by many large organizations. Yet, it’s paid off for the Red Cross in Chicago and Northern Illinois and many other regions.

Today, DCSOps is sending more than 3,000 messages a month, a number which continues to increase. In Chicago, 1,500 messages a month are sent to 500 active volunteers. McGowan and Laxson are hoping to share this new technology with more Red Cross regions around the country, so volunteers reach more people affected by disasters in less time.