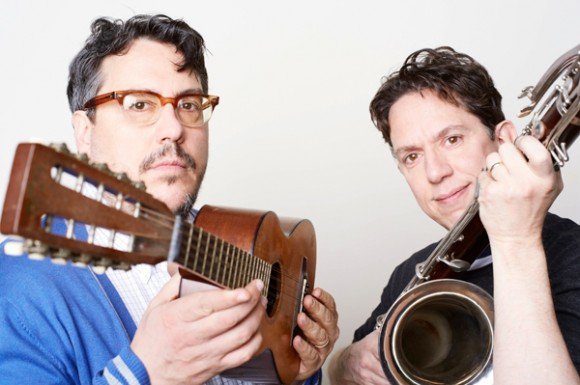 Bands are like startups. When you first start out, you’re flying by the seat of your pants into the unknown with nothing but drive, and a plan you hope will work out. Jeff Lawson wrote out the plan for Twilio on the back of a pizza box in 2007. They Might Be Giants founders, John Flansburgh and John Linnell wrote the plan for their band as they went along. 30 years later, they’re still making new music, and new fans. We could not be more excited to have They Might Be Giants playing on the last day of Signal, May 20th.

When you call They Might Be Giants, they’ll pick up. Throughout the band’s long and storied career, they’ve kept communicating with their fans a priority. In the days of a tape powered answering machine (R.I.P), TMBG recorded songs to a tape, popped it in their answering machine, and took out ads in local newspapers like The Village Voice advertising a phone number and their new invention, Dial-A-Song.

For 23 years, TMBG published new content to Dial-A-Song. When the technology wave left the answering machine washed up on the shore, TMBG founded a website for Dial-A-Song and put out a Dial-A-Song record.

John and John will perform a set on the final day of Signal, May 20th. Stay tuned to the blog for updates and more information.