Andre Lewis has a mission for his company, Scout: “We’re trying to make ugly things easy and beautiful.”

If you’ve answered obnoxious blare of a on-call pager in the middle of the night only to see a server report is ready, you know the ugliness of server side monitoring. Andre aims to make that process smoother, more customizable, and automated. Scout offers companies like NPR, MTV, and IndieGogo server side monitoring with detailed reporting, analytics, customizable plugins and SMS alerts.

If there’s anything that’s helping Scout keep developers happy, and in the know – it’s their plugin ecosystem. Each company has different needs and a different server stack. Scout’s plugins help developers easily monitor any tools they’re using with a few clicks and a deploy.

Nearly 85% of Scout’s plugins were originally built by the community. Over 94% of the authors of the commits were community members, and 82% of the pull requests for plugins came from Scout’s community.

Scout’s developer network is active because they’re a developer-centric company at their core. 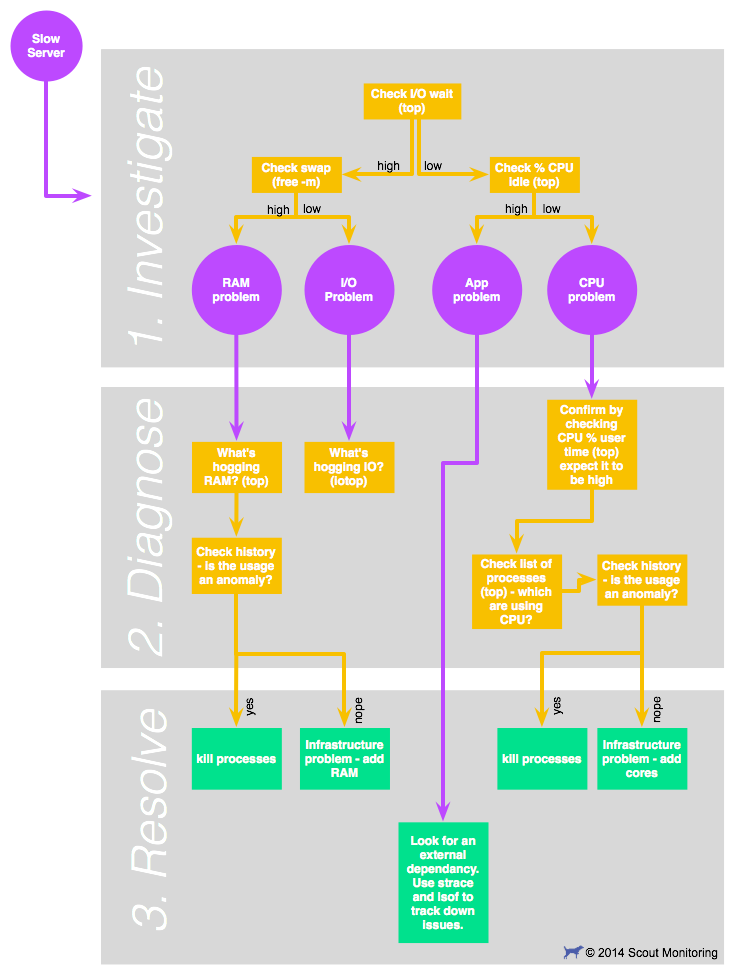 In 2010, Andre founded Scout after dealing with monitoring tools that he remembers as “heartache and ugliness all day.” The open source tools he used were free to start out with, but cost him time and money to maintain. The pre-built tools weren’t flexible to his needs. Scout lies somewhere in the middle: flexible when you need it to be, but still maintaining a strong back bone of pre-built features. SMS is a key component of that feature suite.

With Scout’s simplicity and mission critical alerts via SMS, Andre hopes other developers will not experience the same heartache he suffered.

If your server goes down, Scout will trigger an SMS alert to the the team that’s on call. Getting this information out fast, reliably and at scale is a big priority for Scout. “Getting messages out in a reliable way is so important. If we botch a message delivery when somebody’s server went down, that’s terrible. Reliability is key,” says Andre.

Scout won’t spam you with SMS alerts. The alerts are completely customizable, sparing you the unnecessary 3am wake up call that the data you could have checked at 9am is ready for your viewing.

Ultimately, Andre’s goal is to make life easier for developers by giving them the tools he wish he had when he made his first foray into server side monitoring.

You can learn more about Scout here