Just over a year ago, Marinos Bernitsas was cutting C++ code for algorithmic trading 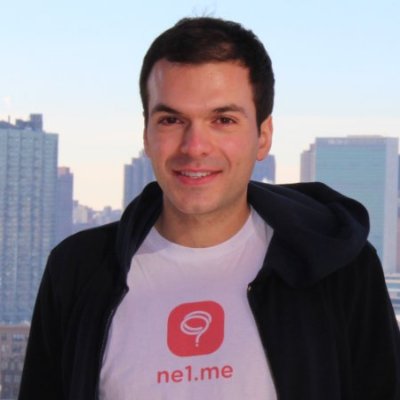 systems at a high frequency trading fund in New York City. Having spent a career in finance and amassing a wealth of creative ideas he wanted to hack on, Marinos struck out on his own to become an independent app developer. Publishing two apps in the iTunes Store upon a life of programming experience, he stopped by TechCrunch Disrupt NYC this weekend to put his creative skills to the test: his first time in the 24 hour crucible of an all-night hackathon. Incredibly, Marinos took first place.

“It’s my first hackathon – I’m still in shock,” Marinos exhaled backstage at the perennial hackathon event in New York’s Manhattan Center. “I’ve been meaning to do a hackathon for so long – I finally did it with Disrupt.”

Picking off the $5,000 grand prize is no small feat for a freshly minted hackathoner, which speaks to the strength of his project Witness. “Honestly, I’ve been thinking about Witness for a long time.” 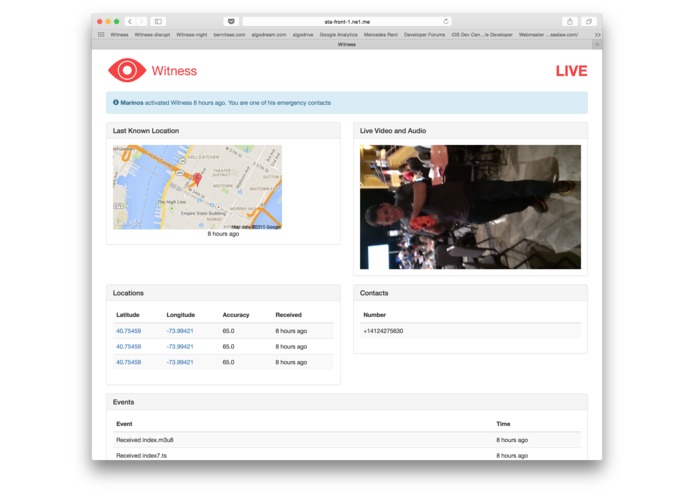 Describing Witness as a personal safety application for capturing what is going on around you in a moment where the user feels threatened, Marinos described his inspiration for the first place winner as very personal. “My girlfriend, my sisters – I always ask them to text me when they get home. If something would happen to them, the options for getting help right now are terrible.”

Witness’s safety is built through it’s simplicity. With the touch of a single, large interface element the app will immediately start capturing video, audio, and location from the phone and relay that data to all the user’s loved ones to get help through both Twilio Voice and SMS. “We have these phones that are super powerful and we get these things like Meerkat which can capture videos of your dog, but in an emergency there is nothing. [Witness] collects all the information from all the sensors on the phone in ten second chunks.”

These chunks are uploaded to a web app Marinos built, so that links to the videos and trail of the user’s location can be viewed by the user’s loved ones via a link sent immediately via Twilio. The chunks help mitigate poor connectivity by making the uploads go in intervals instead of a single stream. Marinos explained, “That way, if you lose connection during the emergency it is stored in a retrievable, tamper-proof form on the phone.”

Using Twilio ended up making the feature-rich project shippable in a weekend 24 hours. “Twilio totally saved me a huge amount of time – no way would this have gotten done 24 hours without it.”

What’s next for Witness? “I would love to put it in the App Store – I think this is something everyone needs to have.”