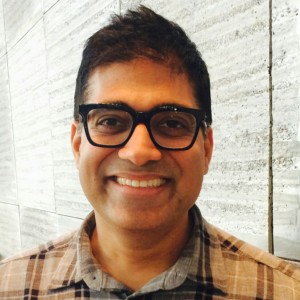 You might remember Ariel Jalali as the guy who offered the President of the United States a job at his startup.

President Obama was touring Ariel’s co-working space, Cross Campus, when Ariel decided to get the jump on other would-be employers by offering Obama “his next gig.” Ariel (pictured right) described the gig as “super rewarding [because] you get to help people from anywhere.”

While Obama danced around the offer with the poise and tactfulness you’d expect from the commander-in-chief, the offer made it’s mark. Ariel’s offer hit the news circuit that evening helped spread the word about the startup that he is so passionate about, Sensay.

Sensay connects people who need something with people who can help via Twilio SMS. Text your need to Sensay and get help by chatting with a real human with relevant life experience. If you really like their help, you can tip them tokens for their advice. 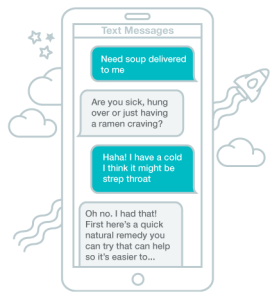 It’s not your typical “connect with an expert” style app. That’s partly because there is no app – all of Sensay’s interaction takes place via SMS, and partly because you don’t need to be an “expert” to help people on Sensay. Whether you’re the President of the United States or not, you can probably answer someone’s question: “When is the president’s term over?”.Similarly, you don’t have to be a tour guide to help someone find their way around a city you’ve been to. The idea is to make all the data you have your head, accessible and instantly called upon in a friendly environment.

Sure, people who have questions could turn to a search engine. But Ariel argues Sensay is the best search engine. “The best search engine isn’t actually a search engine, it’s a human conversation.” Ariel knows search engines and re-targeting technologies from his prior roles as a CTO. He knows there are new tools popping up everyday to “reinvent search” or “revolutionize” search. His counter to these trends is simple: “You can’t fix the problem with the same tools you used to create it – Einstein said that.”

Sensay is able to reach more users with a lower barrier to entry by running their communication layer exclusively on Twilio SMS. “We decided, right from the get go, that we wanted to prove the core of our business without worrying about the interface. Twilio helps us do that.”

In just a few months since their launch at LA Startup Week in October 2014, Sensay is already making themselves a habit in their customer’s lives. Ariel reports a 90% customer satisfaction rate, tens of thousands of SMS sent, and a 50% month-over-month increase in customers who use Sensay daily. A majority of active users have both given and received help. With this traction, Sensay closed it’s first round of financing and is launching mobile apps soon.

While Sensay couldn’t nab the new hire it wanted in President Obama, it still landed a foothold in the new search engine market – conversation.

Learn more about Sensay and try it out here.