When you load test an app, you do so with a confident estimate of the amount of traffic you’ll receive. Your goal is to find and eliminate the high traffic variable that might cause your app to lag, or a server to tip over. When you’re building an app for Justin Bieber to promote his new album, that high traffic variable can never be fully quantified, or eliminated. It is defined by a powerful and unrelenting force capable of knocking over almost any server – Justin Bieber fans (a.k.a Beliebers).

Justin Bieber put his spin on the Drake song, “Hotline Bling,” which stirred the internet to produce a frenzy of memes and GIFs. When Bieber tweeted out two numbers fans could call to hear the song, hundreds of thousands of fans called in. The Hotline out-trended Halloween on Twitter, on Halloween weekend.

What A Developer Can Do With A Few Trusty Tools

The massive campaign was built by a team of developers using a few trusty tools: An Amazon S3 Bucket, a Rackspace Database, and Twilio. That’s it. That’s all it took to build a hotline that could scale to meet the demands of Biebermania. The mastermind behind the operation is Oliver Muoto, a seasoned Twilio developer. 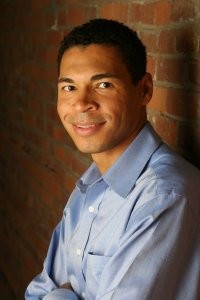 Oliver Muoto (right) and his team at Metablocks know how to engineer for these “known unknowns” – like the Bieber variable. They specialize in building out the tech which powers massive campaigns for the entertainment industry. They have a set of pre-built integrations with Twilio and other API services that allow them to deploy campaigns with a quickness on a massive scale.

The degree of magnitude that some of these artists, like Bieber, operate on means that any moment of downtime is magnified. If Bieber’s hotline tips over for a few minutes, that means hundreds of fans heard “An application error has occurred” and not the Hotline Bling remix they were expecting.

“You don’t want something like this not to work. You never want the technology to be the gating factor in your success,” says Oliver. “It’s amazing how easy it is to adjust the system to handle different volumes of traffic because the Twilio API is so well built out,” adding, “we were able to deal with a giant surge of traffic in literally one minute.”

That traffic surged the instant that Justin Bieber tweeted out the first hotline number, prompting Oliver’s team to redirect traffic and spin up a new number. “Everybody and their cousin was calling.” Oliver said. People called the hotline repeatedly to hear the song again and again, something that the folks at Bieber’s label were hoping for.

Using Twilio, Oliver could easily stream a high quality audio file over the phone to Bieber fans from all over the world. Access and audio quality were at the top of mind for Bieber’s label. The pop star has fans all over the world, and they wanted every one of their fans to be able to access the hotline. “Twilio lets us go about anywhere we need to,” said Oliver.

After the whirlwind of a Halloween weekend, Oliver’s team didn’t rest on their laurels. They built a Twilio SMS app so Beliebers could text in questions for Justin to answer at a Q&A for the hardest for hardcore Beliebers on the day of his album release.

Now that Justin is in full swing of promoting the album, there’s no predicting what he’ll do to reach out to fans. But, whatever it is, if their phone rings, Metablocks will be there and be ready to build it.