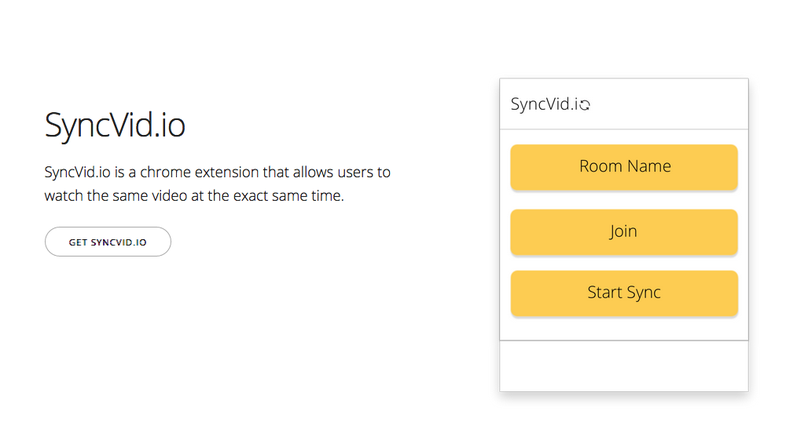 The recipe for hackathon success rarely starts with the WiFi going down for 12 hours. Syncvid.io would be the outlier. The team of five built a Chrome extension using Twilio Sync that allows you to sync YouTube videos with friends so you can all watch the same thing at the same time, no matter where you are.

Sadly, the hack doesn’t solve the problem of being one Netflix episode ahead of your significant other…yet.

Watching Videos Alone But Together with Twilio Sync

The team had just sat in on a Twilio Sync demo, and was confident they could bring their idea to fruition. “We thought ‘This is exactly the technology we need. Let’s build it,’” says Scott.

When they sat down to write code, the WiFi took a nap — a fairly long nap. It turns out having no-WiFi is “fairly difficult when you’re building a real time streaming app,” says Matt. Instead of fretting, the team used the time to dive into UX and UI.

“We normally would have jumped in and starting coding right away, but this helped us focus on the user,” says Karisa. 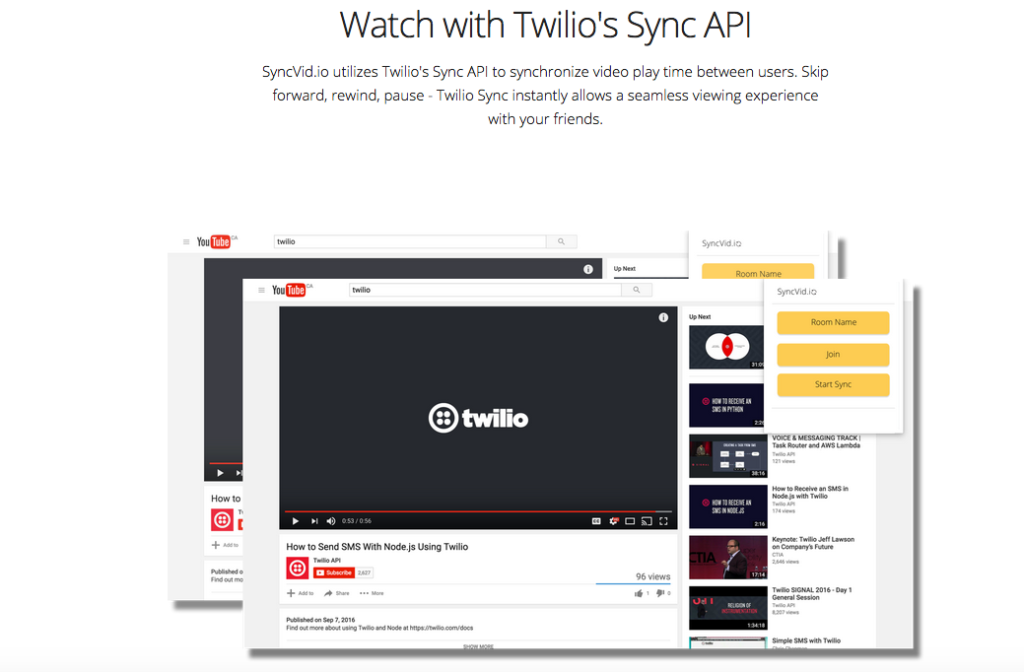 Tackling UX & UI In The Day, Diving In Deep At Night

Around midnight, the WiFi woke up and so did Scott. Call it a preparatory slumber. Scott awoke when other members of his team were fried and had gone bug-blind. With a fresh set of eyes, Scott combed through the bugs and started building out the Twilio Sync integration.

Throughout the night, various team members woke up from naps and chipped away at the hack. By 8am, they had their synchronous YouTube video up and running. Any user could download the Chrome extension, create a room, and invite their friends to join and watch along with them.

At the end of MLH, tired and proud of their work, the Syncvid.io crew knew they had something that would last beyond the hackathon. They’ve revamped their website, cleaned up the app, and made it easier to invite friends to a room.

On the road map, the Syncvid.io team has plans to add Netflix and Hulu to their synchronized streaming options. HBO Go might be a stretch for now, but soon you could react to ghastly GoT plot twists together, even if you’re not together in the same room.