There’s a famous scene from Mission Impossible where top-spy Ethan Hunt infiltrates the Kremlin, wearing a mask made to look the face of a high ranking officer. He walks up to a door, a laser scans his “face”, and the door opens. It’s the stuff of spy movies — until a thirteen year old from Canada builds it in real life, and does a better job with security.

Tanmay Bakshi has built drones that take flight commands via text using Twilio, facial recognition login program complete with two-factor authentication, and an application called “Ask Tanmay” which allows you to do just that via text.

He’s become a rather prolific programmer at a very young age. His hacks are fueled by his mission to build, but more so to share his knowledge.

Turns Nine, Ships His First App — To The App Store

Tanmay started at the age of 5. At 9 years old, he had his first iOS App, tTables, accepted into the App Store. Now, at thirteen years old, he’s bringing his engineering chops and his knowledge to all. He’s on a mission to reach 100,000 developers — before he turns 15.

In the next two years, Tanmay expects to reach his goal of reaching 100,000 developers — kid developers, beginner developers, newbies of all sorts. The methods he uses to teach programming are sophisticated. He’s got a burgeoning YouTube channel, runs Facebook Live promotions with IBM Bluemix, and authors tutorials. But his way of tracking the people he reaches is more simple, albeit more endearing.

When a developer sees Tanmay’s YouTube tutorials, keynotes, or blog posts and contacts him to say “Hey, that was helpful,” Tanmay lets his Mom know. She then updates “the list” and marks down on another developer reached on the way to 100,000.

You may remember IBM Watson as the “robot” as the one who defeated Jeopardy master Ken Jennings. As an API, Watson can do all sorts of things. Tanmay uses IBM Watson and Twilio to make drones fly.

Tanmay’s drone hack is powered by NodeJS, a handy SDK, a Node AR drone, and Twilio. 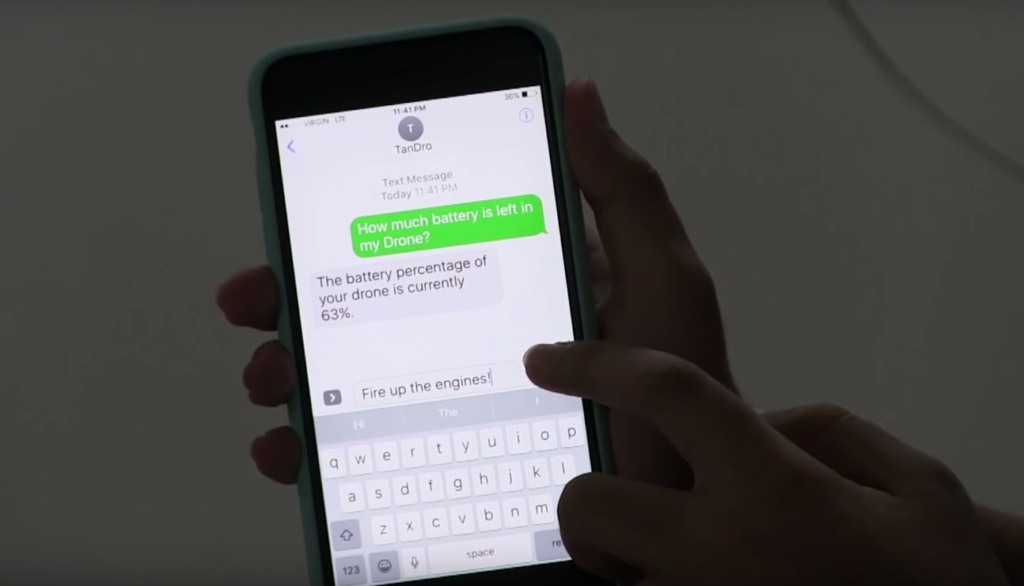 When Tanmay texts his drone to turn left, it turns left. When he texts it to turn right, it follows his command. Consider Twilio the joystick guiding his drone via text, and IBM Watson as the brains of the operation, interpreting the joystick’s command into action. You can watch him fly (and learn how to build it) here.

One drone, one text, and one deploy at a time, Tanmay is chasing his ultimate goal. The next time one of his development tricks comes in handy, let him know. His mom will update the list on his way to reaching 100,000 developers.

You can pick up a copy of Tanmay’s book “Hello Swift! – iOS App Programming for Kids and Other Beginners” here.