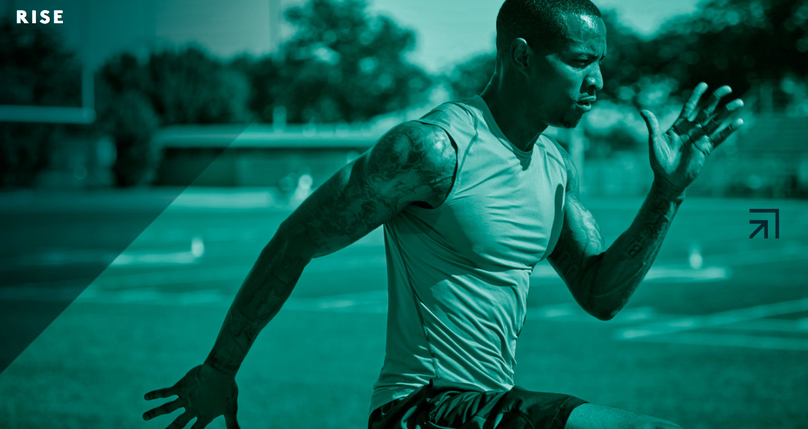 Water is wet. In related news, sleep is good for you.

We consistently reject sleep. We trade it for Netflix binging, Instagram scrolling and who knows what else.

Rise Science helps athletes get the most out of the most powerful performance enhancing drug there is — sleep.

The dorm room is the new garage when it comes to startups. It’s where ideas are born, businesses are founded, and where two college students realized that they felt pretty crappy.

Jeff Kahn, co-founder and CEO of Rise Science, and his co-founders Jacob Kelter and Leon Sasson were sophomores in college when they discovered what sleep inertia was. They “felt like crap” in the morning and decided to study sleep science to get to the bottom for it. They discovered that it’s the scientific term for “grogginess.” As a undergrad in Systems Engineering, also concentrating on engineering health systems, Jeff saw an opportunity to fight grogginess and help his college football team play better.

Jeff started a study with the Northwestern Football team, monitoring their sleep patterns and performance. The players, being star athletes in the prime of their lives, had a ton of distractions meddling with their sleep schedules. Jeff found a way to cut through the noise – texting them.

He sent the Northwestern Football team reminders to head to bed at their “biological night”, the best time to go to sleep according to your circadian rhythm. Your circadian rhythm determines the best times to perform and most efficient times to sleep. It’s unique to you and is body’s way of saying “Hey, this is when you should go to sleep. Don’t binge watch Fringe again.”

The Rise Crew spent the first 8 weeks of a controlled study texting athletes at different times, in accordance with each of their circadian rhythms. If one player needed a text at 1am, he would stay up till 1am. It threw his own sleep schedule for a loop, the irony of which is not lost on Jeff.

In 2013, Rise had a new influx of players based on the results from their first controlled study. To scale, they migrated their manual SMS work to Twilio. Now Rise Science has Twilio staying up late, triggering texts to NFL and NBA athletes at the right time while Jeff sleeps. So far, no player has opted out of the text alerts.

Tell a dude like Bill Belichick you slept well, he probably won’t care. Tell him you’re getting off the line a half step faster than normal, you might see a faint glimmer of interest in his steely eyes. Results matter, and Rise delivers them.

Building The Business: Computer Science & The Science Of Sleep

Back in college, Jeff and co-founders didn’t know that his study with the football team would turn into a business. But, it did and it happened fast.

“Twilio has been a great prototyping tool for us. We can go from one person to 30 or 40 or 50 really easily and manage the responses we’ve get. When we think of interacting with someone, we think ‘Hey let’s started with Twilio and see what happens.’ It’s been a go-to,” says Jeff

“We’ve been able to use it as a tool, and validate ideas with Twilio. We can take a number and do cool things with it.”

The cool things they’ve built have been validated. They’re now powering the athletes you watch compete every week, and sleeping soundly at night.

“Twilio has been super important for us to have. There’s no way I could go back to messaging these guys on my phone personally.”