The other day I was walking down Market St. in San Francisco when I saw an ad for a conference that portrayed a developer as a hoodie-clad man, face half obscured, waiting to hack your website. I didn’t even alter my stride as I took it in. Let’s be honest, this sort of image is par for the course. Just google “hacker” and see what comes up.

For generations, movies, video games, and tv shows have portrayed the developer as either an awkward hoodie-wearing nerd, or an insane and menacing basement dweller (or both). From Ace Ventura to Silicon Valley, everyone has had their chance to portray the developer. Few actors do this with the same grace they’d reserve for a role portraying a doctor.

But here’s the thing — I’m a developer.

When I tell my aunt what I do for a living, I get the slow “ooooh got it” at which point I assume she is mentally picturing a mash-up of Comic-Book Guy and neo from the matrix. That is to say my aunt only has a small window to define my work, and it’s usually the less-appealing characteristics that come through. 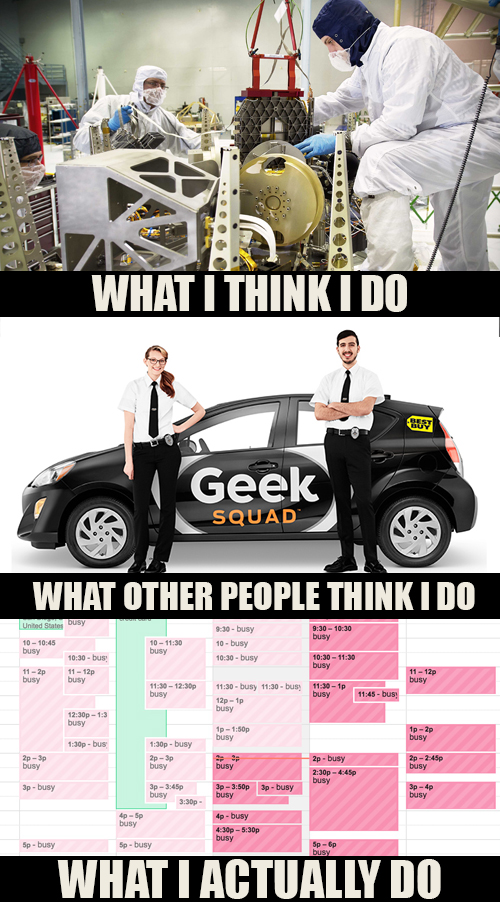 This doesn’t bother me too much coming from my aunt. But, I think it’s time for all of us to try and elevate our understanding of what a developer is. If you are a tech company who markets to developers, or is hoping to hire developers this is doubly true. So, how should we talk about developers?

Talk about the work

First, we should talk about how important their work is. Programming is one of the fastest growing industries in the world as it serves a role in every part of society. Developers maintain and build critical parts of our infrastructure. They keep our businesses online, our power on and our water running. If you look deeper into the tools you use everyday to communicate, travel, eat or sleep, you’ll find a developer behind every one.

Second, we need to talk about the craft of what they do... we need to show more code. Every developer may use a different set of tools, but across the board their craft is evolving at increasing rates. There are more tools available every day. I’m sure by the time I have finished writing this sentence a new CSS framework will have materialized. We need to show the code, and help developers stay on top of their ever-changing topography.

I think we can drop developer stereotypes all together at this point. It’s a job people know– it’s time to add some vitamins to that kool-aid. After all, we’re just like lawyers, librarians, electricians and cab drivers... we’re just people, totally unique and different people. But if there is one thing that unites us, it’s a unifying desire to build new things, improve old things, learn when we can and avoid being stereotyped. It’s as simple as that.

Now I’m going to go take my bearded hoodie-wearing self outside to get some air, water my kale and feed my chickens. I may not be a stereotypical developer, but A Prairie Home Companion has me pegged.

P.S. Since writing this we have begun work on a web series about developers, with the goal of debunking some of these developer myths in style. It’ll be coming out very soon, but for now you can watch the trailer: