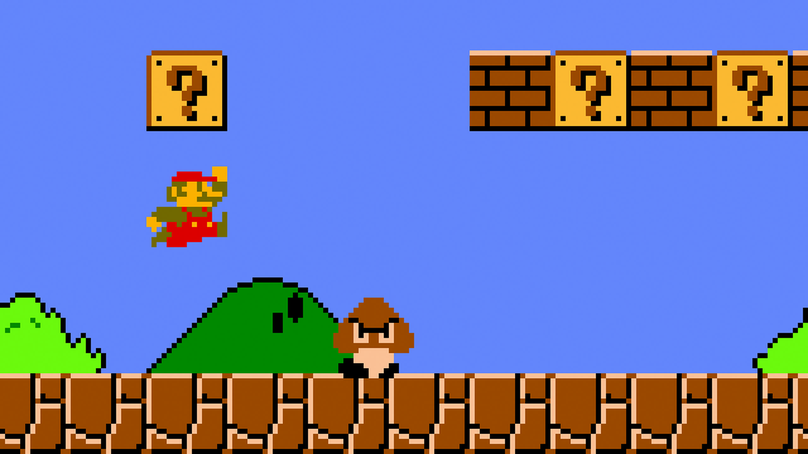 Mess up someone’s Super Mario Bros’ run in person at SIGNAL. Andrew will be there showing you how to build a Haunted NES.

Super Mario Bros could make you throw your controller across the room, only to frantically check it was still operational so you could go back to playing that level you love/hate.

Andrew Reitano wants to make those beloved NES games a little harder for you, and way more fun for the audience who is deliberately messing up your gameplay. Fear not, this is in the name of science...and learning not to hate JavaScript.

“When I first used JavaScript and Node I was grumpy about it,” says Reitano, Technical Evangelist at Microsoft.

“Then I went to this game jam, and I met somebody who was like ‘No, check this out.’ They showed me Socket.io and I was just blown away with what you can do with the web now.”

“My project that uses Node JS and Socket.IO to provide a real-time user interface for many users. But what’s interesting is that they’re interacting with real hardware, a real console, and the circuit modifications that we put in and creating all new experience with games that you already know.”

New experiences is certainly one way to put it.

Flash forward, and someone is playing Contra on one of Andrew’s “customized” NES consoles he worked on with his compatriot Zachary Johnson. This is the moment that Andrew knew they had something.

Here’s what’s supposed to happen in this level of Contra. There’s a wall. It’s the boss of the level. You blow up the wall and you run through the corridor. That is not what happened.

“We found some strange bit, a memory location that would auto scroll the screen and then the player jumped right over the wall, into unmapped ROM and the game just started descending into madness.”

Here’s a glimpse of that madness.

“We had a crowd and they were like ‘how did you do that?’ And they take the game out, and the game is unmodified,” says Andrew.

Uncovering this madness, and enjoying the chaos makes it easier (if not easy) for Andrew to love languages he used to shy away from. “The fun thing is celebrating these old games,” says Andrew. “Now that I’m a developer, I can create these kinds of things that I always wanted when I was a kid.”