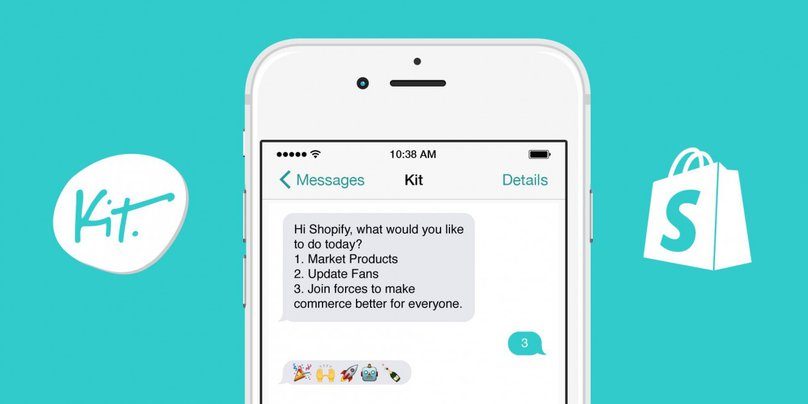 You can pitch your MVP to a room of investors. Or, you can ask Grandma.

Back in 2013, Michael Perry was trying to figure out where his company, Kit, would go. At the time, Kit focused on making it easy for small business owners to buy and run Facebook ads through an online dashboard.

Michael was constantly trying to figure out what aspect of Kit he could streamline, tweak or even remove. Any unnecessary action could cost Kit users time. For small business owners who often wear multiple hats and do everything from sales to marketing to store room restocking, time is in short supply.

Then Michael had the Grandma epiphany that would lead him to turn Kit from an online tool to a solely SMS based tool.

The Grandma epiphany was this: anyone can text, even his Grandma. If Michael could make managing social media marketing as easy as answering three questions via text, he could get rid of online dashboards and let business owners run marketing from the palm of their hand.

Now almost four years post-epiphany, Kit has been acquired by Shopify and is one of the most popular marketing apps among Shopify merchants, empowering over 500,000 merchants to easily run successful social media marketing campaigns — all via Twilio SMS.

How Kit Got Its Smarts: Natural Language Processing, Algorithms and Personality

If you’re a small business owner with no marketing background, it’s hard to know where to start. The one thing you know is that you have to start getting your brand out there. Kit makes taking that first step as simple as replying to a text. 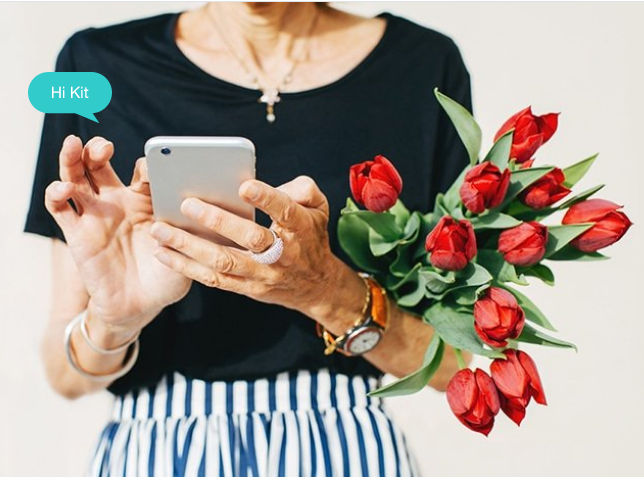 When Shopify merchants add a new product, Kit will text them “Hey, should we run a Facebook ad to drive traffic to those new products?” With a quick yes or no reply, Kit is ready to create and post that new ad for the merchant.

“We try to make marketing into a series of yes or no answers” says Ellen Dunne, Senior Product Manager at Shopify.

The trick is knowing what questions to ask and when. After sending millions of messages to Shopify merchants, Kit knows a lot about asking the right questions.

Kit functions like an employee, and to merchants, Kit feels like one too. Your SMS inbox is a personal space. It’s where your conversations with friends, family, colleagues live. Being SMS-based, Kit takes full advantage of SMS’s incredibly high open rates and response rates. But, that comes with an obligation — to be in tune with the user.

The bot follows a rule-based logic, prompting Shopify merchants to take action after some event has occurred. It’s also proactive. Kit identifies marketing opportunities, guiding merchants when to market certain products. This could be a spike in sales, in which case Kit might say “Hey, how about we write an email to your customers promoting that product that sold really well last week?” The merchant just has to respond “Yes” and Kit handles the rest.”

Or, if a merchant hasn’t been as on top of their marketing game as they should be, Kit might ask them “It looks like your customers haven’t heard from you in a while – want me to post an update on Facebook?”

Shopify merchants rely on Kit to boost their marketing efforts all over the world. When the Kit team needs to roll out SMS support for a new country, it’s as easy as flipping a switch in their Twilio console.

After making Kit a built-in part of the Shopify experience, the team watched it hit hockey stick growth skyrocketing to one of the top apps in the Shopify app store. It turns out Michael Perry was onto something when he had the “Grandma epiphany”.

Small business owners are running around putting out fires, building new products, and making customers happy. Some may be using their Shopify store as a side gig. It’s nearly guaranteed they’ll be busy – but they almost always have time to reply to a text, even if it’s from a bot.”

Separating Kit From The Pack of Bots

In a landscape that’s crowded with bots who are jacks of all trades and masters of none, the Shopify team isn’t concerned with building Kit into something it’s not. They’re set on honing Kit’s strengths and nuances. That means building out the rule-based logic and algorithms which prompts Kit to send a text. This gives Kit a more nuanced understanding of how humans reply to those texts, and, using natural language processing, what action Kit should take based on that reply.

“Having a SMS based product has been huge for product feedback. People are responding earnestly and immediately,” says Ellen Dunne. Using Twilio, the Kit team can manage that feedback at scale and take action on it.

“The most precious relationship is merchant to customer. You’re building your brand, personality and relationship with your customers. Kit takes care of other tasks so that the merchant can focus on other aspects of their business, like nurturing their relationships with customers,” says Dunne.

One skill Kit is developing is learning the myriad ways that humans can say “yes” or “no” via text.

“We have a massive library of what words or phrases mean “yes” and we are constantly adding to it,” says Dunne.

Merchants treat Kit like a human, one that doesn’t need to be told that a thumbs up emoji means “Yes, please post the ad.” The merchant assumes their virtual employee is capable of making the leap from emoji to action. They’re right. It just takes some engineering for Kit to make that leap.

Even the wildest text Kit receives counts as feedback, and the Kit team takes action on that feedback.

The Kit team monitors merchants replies to Kit’s texts, looking for outliers to see if Kit needs to learn a new emoji, word, or phrase. Some outliers go beyond Kit’s call of duty. Kit has received marriage proposals, avalanches or random emojis, and has been invited to join on various merchant’s weekend excursions.

The Kit team is working on identifying areas where Kit can help build that relationship for Shopify merchants, in eCommerce and lead generation for sales. While Kit may expand into other areas of merchants’ business, one thing is for sure. No matter where Kit lives, working with Kit will be so easy your Grandma can do it.

Shopify + Kit believe in the power of developers to change ecommerce. If you’ve got an idea to build and feature on the Shopify app store, visit https://developers.shopify.com.