On September 1st, 2016, Relay had sent a total of 0 text messages. The day after the United States Presidential Election, they’d sent 15 million. Scaling a peer-to-peer texting platform from zero to election-season level traffic isn’t light work, but it was easier than Relay CEO and Founder Daniel Souweine expected.

“When organizers find something that works, they’re not afraid to go big. So it was great to build Relay on top of Twilio, where millions of messages a day is just par for the course,” says Souweine.

The Power of a Peer to Peer Texting Platform 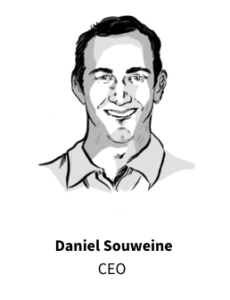 He first saw the power of peer-to-peer texting on the Bernie Sanders campaign, where he ran the national volunteer texting program, aka Text for Bernie. After the campaign ended, he joined with a several former campaign staff and volunteers to turn the lessons they learned into Relay.

Getting people to rally behind a political party, a cause, or an action can be an uphill battle for organizers. Or, more accurately, for organizers not taking advantage of new, powerful communications tools. Relay gives online organizers a messaging platform to reach their audience via Twilio SMS, at scale.

After scaling from zero to millions in 81 days, Relay CEO and Founder, Daniel Souweine rightly assumes he’s onto something.

“I’ve been doing online organizing for over 10 years, and P2P texting is the biggest development in our field since social media. The best part is how simple it is. This isn’t artificial intelligence. We’re not building rockets that go to the moon. We’re taking something core to everyone’s lives, and better adapting it to organizing,” says Daniel.

Finding The Most Powerful Communications Tools 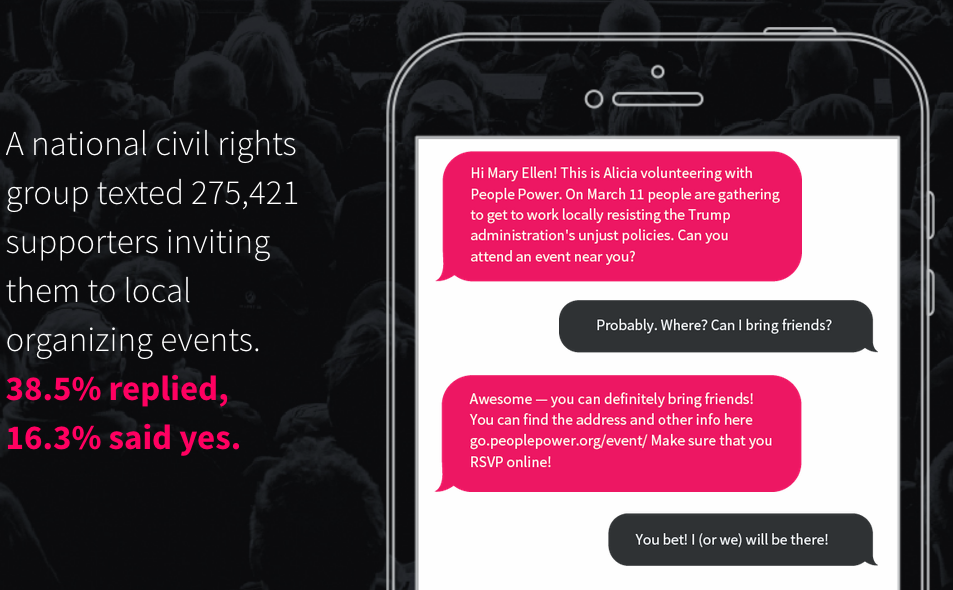 Daniel has seen the fads in organizing. He was there when email was the new hotness and organizers were reticent to ask a volunteer’s phone number out of fear of reducing their email sign ups. These days, a phone number is far more valuable. Organizations like the ACLU might not let you volunteer without it.

When the ACLU launched their People Power Program they focused on getting their network to do more than simply write checks. The ACLU wanted to inspire action. They had the right message, but didn’t want it to end up marked as unread. They were uncompromising in picking their medium. The ACLU doubled down on SMS and chose Relay to power their outreach.

Volunteers who wanted to participate in the People Power Program had to submit their phone number as part of their registration process. It’s not a surprising move. SMS has a 90% open rate while email hovers in the 20% – 30% range. But, there’s an advantage to messaging that can’t be captured in percentages.

“Sending a person to person text message is the best way to get someone’s attention, and then tell them how they can get involved. Look at your text message stream. It’s personal. You’re having conversations there,” says Souweine.

Relay helps facilitate those conversations at scale, automating some of the minor conversational details that make all the difference. For example, when the ACLU sends a message to someone in Boston, their organizers can use Relay to select a Twilio number with a 617 Boston area code. When a prospective ACLU volunteer sees the ACLU’s text, they’ll recognize the familiar area code.

After a little over a year in business, Relay has powered national organizations like the ACLU and NextGen Climate, political campaigns like James Thompson in Kansas and Bill de Blasio in New York City, and an array of local organizing efforts across the country. They’re confident in their resiliency and ability to serve their clients’ needs. “We know Twilio is going to be there when we need it. That’s one of the main reasons why we use the platform.” Using Twilio, they’re ready to scale for the next 15 million in no time.