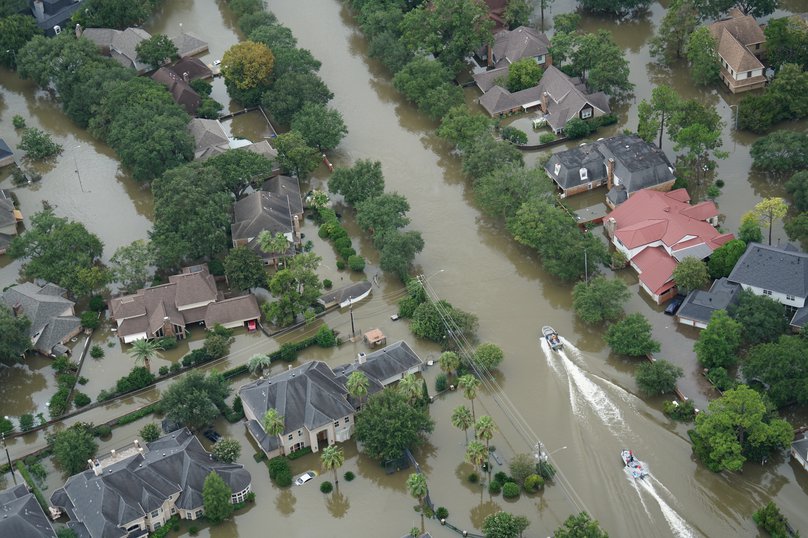 The worst of Hurricane Harvey’s flooding started on Sunday, August 27th around 4 AM. Some Friendswood, TX residents thought they’d be able to wait out the rain. That quickly became untenable. By 7 AM, those residents were marching through waist deep water towards rescue boats. Hours later, one third of the homes in Friendswood were underwater.

In this new reality, the line between city official and citizen blurred a bit. The residents of Friendswood and the City of Friendswood banded together to rebound from a hurricane while in the middle of one.

This is how they did it.


As soon as the flooding started, the City began its unenviable task of triaging emergencies, and quickly found itself stretched thin.

The City’s Emergency Department focused on water rescues. With a limited supply of boats they put the call out for backup. Neighbors answered and piloted their fishing boats and even kayaks to assist.

Where the City needed assistance, residents quickly volunteered to help. But the Emergency Department struggled to field and respond to the volume of phone calls they received. City phone lines were slammed with requests for help and requests to help out.

Days after the hurricane hit, local Friendswood church groups joined forces to ask the City how they could serve recovery efforts. The City had a clear ask — build us a new emergency call center and find volunteers to run it.

The church groups answered the call and reached out to a local software engineer named Joshua Lyman to help build a call center.

“Time was the biggest constraint,” says Joshua. Luckily, Joshua didn’t have to build the call center from scratch.

On August 31st, Joshua reached out on Twitter for help getting the call center off the ground. Less than 24 hours later, he had it a Twilio-powered prototype finished. This proved to be good timing, as the City asked Joshua to expedite development and launch the call center the following day.


On September 2nd, the Friendswood Area Disaster Help Center went live, and the City sent out a text to all Friendswood, TX residents directing them to the Help Center if they needed support. Joshua showed volunteers how to log in to the new Emergency Call Center in their browser, how to share information with other volunteers via chat while still on a call with someone in need, and how to register new volunteers. Newbies became veterans in the span of a few minutes.

“It was awesome to have pulled it together that fast. The volunteers came together incredibly fast,” said Joshua.

The volunteers worked tirelessly to help people who needed help mucking out their homes. Mucking out a home is one of the most labor and time-sensitive processes in flood recovery.

“Most homes were flooded up from two to four feet. Everything that the water touches is contaminated and needs to be removed. So, ten or so people would go into a house with crowbars and sledgehammers. They’d make cuts up to the water level, then pull out the dry wall, carpet, insulation — anything beneath that line,” Joshua explained. “You’d have these massive piles of garbage and drywall on the sides of the street. It was surreal.”

Over the next week, volunteers mucked out over 200 houses, fielding requests that came in via using Joshua’s new dispatch system.

In Case of Emergency...


The areas affected by Hurricane Harvey are on a long road back. Just because the water rescues are over, doesn’t mean there’s room to relax. The City of Friendswood told Joshua and the team that assisted the volunteer efforts that they’d like him to keep the call center live as a precautionary measure.

The server running Joshua’s call center is still online. It represents a remarkable effort from the the City of Friendswood, it’s residents and neighbors in the wake of a tragedy. Here’s hoping they don’t have to use it anytime soon.