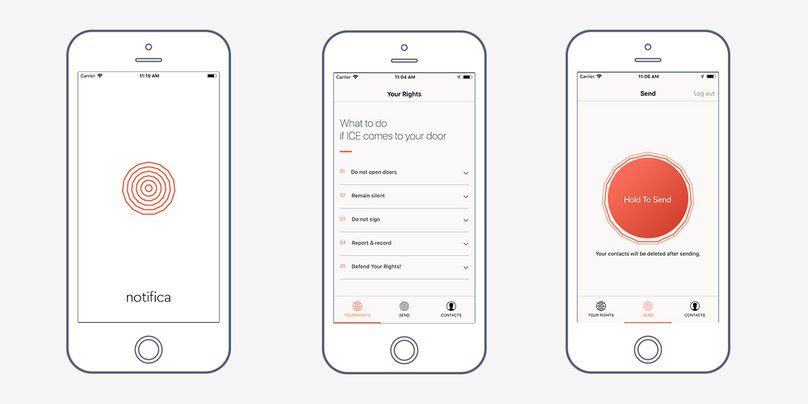 In deportation events, every minute counts. Immigration enforcement raids can happen at any time, anywhere. When an arrest occurs, family members get separated without being able to tell loved ones what happened, or let their employers know where they are. And connected to each person directly affected by a deportation are communities around the country that lose friends, family members, coworkers, and teachers.

There are approximately 11 million undocumented immigrants in the United States and 800,000 who are at risk of losing legal residency status currently provided under the DREAM Act. For these people, connections to their communities, families, and attorneys are essential to ensure that they receive fair treatment during and immediately following an immigration raid. Through their bilingual mobile app, Notifica, technologists at United We Dream seek to ensure that every undocumented immigrant has access to critical support.

Fighting for Justice and Dignity

United We Dream is the largest immigrant youth led network in the nation with 500,000 members across the U.S. Through advocacy, education, leadership development, and technology, United We Dream fights for justice and dignity for immigrants and all people. “When you are at risk or vulnerable, it can be really overwhelming,” says Tony Pham, lead strategist for Notifica. “We seek to equip people with the information and resources they need to prepare in the middle of uncertainty, including potential deportation events.” 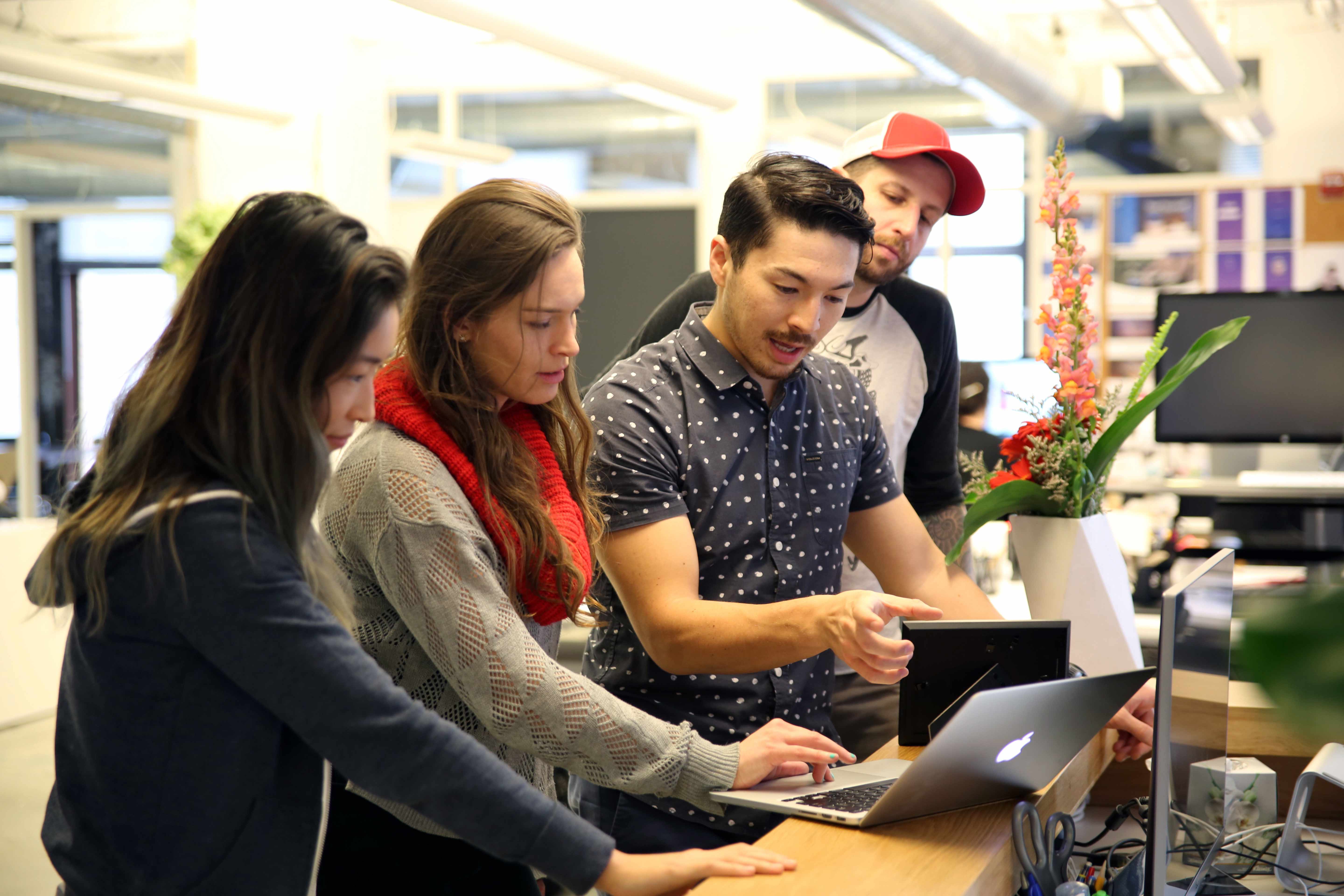 Above: Building the prototype

A Lifeline for Undocumented Immigrants and their Community

Notifica offers users two resources. First, it allows users to send out emergency alerts to designated contacts with the push of a button. Second, it’s an information resource, detailing an immigrant’s legal rights during a law enforcement encounter. Notifica is streamlined by design. Deportation events are highly stressful and can be emotionally overwhelming, so ease of use reduces the barrier for people to take action.

Notifica allows immigrants to stay in touch during emergencies. According to Adrian Reyna, Director of Membership and Technology Strategies at United We Dream, “We already have support networks, we just need to be able to activate them.” With Notifica, users prepopulate SMS messages to their contacts, whether friends, family, an employer, or an attorney. In an emergency such as a deportation event, users send all messages at once with the press of a button. For user privacy, messages cannot be seen or edited once saved in the app, and outgoing messages are deleted from the mobile device after sending.

Notifica also allows people to notify loved ones when they are entering a situation in which they might be at risk of a raid. For example, consider accounts of enforcement agents targeting undocumented immigrants when parents arrive to pick up their children at school. Notifica includes a feature for users to create preventative messages for high risk times like this, such as, “if you don’t hear from me in two hours, I likely have been detained. Please pick up my child from school.”

These are unthinkable situations for many people in the U.S., but “[t]his is the kind of thing that people have to worry about when there is a constant threat,” explains Tony. “Day to day life events get completely upended when people face detention.”

While Notifica does not aim to stop a deportation event, United We Dream and their development partners, Huge and Matter Supply Co., sought to design an application to provide critical support to people in their most vulnerable moments.

They chose SMS for its expediency and universality. “People are used to communicating via SMS,” says Tony. “Using Twilio Programmable SMS, we were able to rapidly build the SMS workflows into Notifica, allowing us to focus on the other parts of the application that were critical to our users’ experience.” 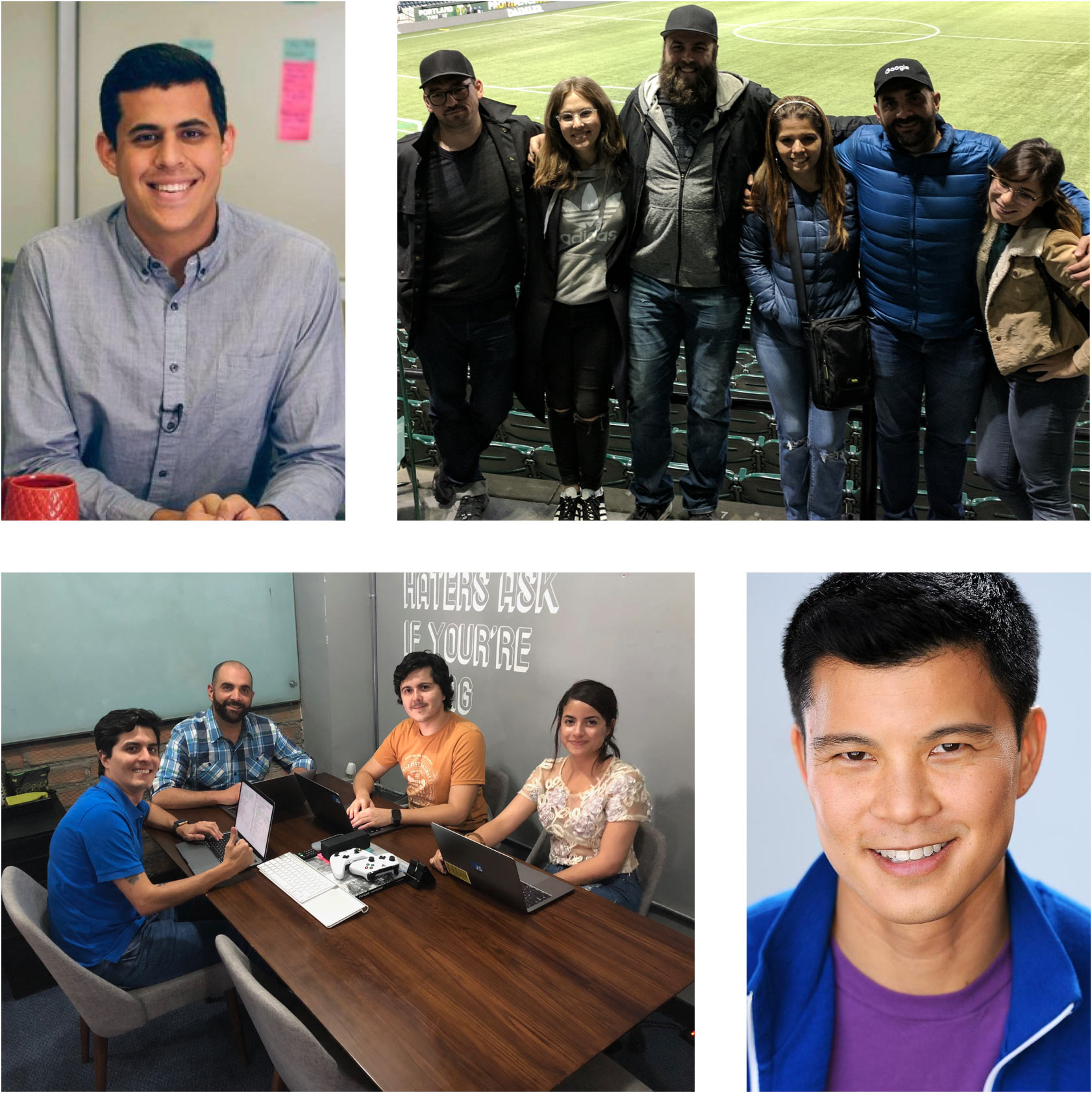 Making an Impact for People at Risk

Early users describe Notifica as a critical tool for both strategic and emotional support. “I worry about what could happen to my children if I were to be picked up,” recounts one user. “Thankfully with this app I can let everybody in my family and my attorney know. I know that doesn’t change the situation but knowing there’s a plan to deal with that gives me confidence to keep going.”

Currently in beta, Notifica will be available as a free public resource in late March for iOS and Android devices, with thousands of people having already requested access when it becomes available. United We Dream has also received early plaudits for their work, receiving Silver and Bronze awards from the Cannes Lions International Festival of Creativity.

Yet Tony and the team at United We Dream are not focused on the awards. “We really hope to bring the humanity of this issue back,” says Tony, “and Notifica helping to keep families together is one way of doing that.”