Battle for the Net

Net neutrality is a deceptively simple concept with broad implications. Essentially, it’s the principle that internet service providers (ISPs) should treat content equally. Without net neutrality, ISPs can treat the internet like T.V., where the voices you hear are those that can afford to pay for access, whether that’s your latest Netflix binge, a startup’s homepage, or independent journalism. “Net neutrality protections are not just about how fast our videos load,” explains Evan, “they play a fundamental role in deciding whether the internet is going to be a positive force in our society or just something that extends corporate and government power.”

Fight for the Future started work on net neutrality in 2014 when the D.C. Circuit Court struck down portions of the Federal Communications Commission’s (FCC) Open Internet Order. “I just threw a very simple petition online and went to bed,” recalls Evan. “When I woke up the next morning, two hundred thousand people had signed it.” This groundswell of support demonstrated that people wanted to make their voices heard in support of net neutrality. 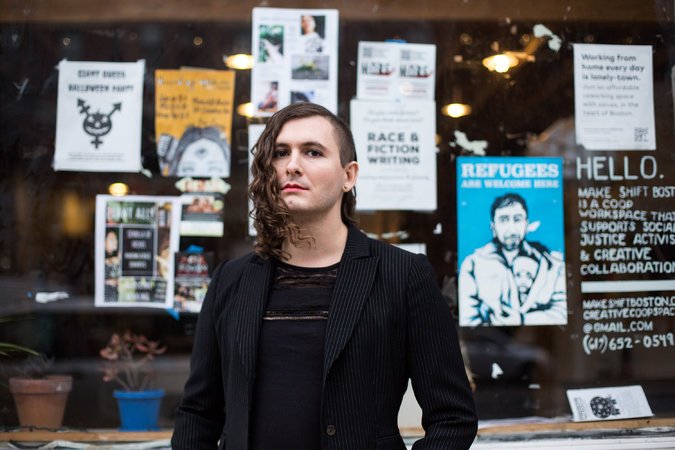 Above: Evan Greer, Deputy Director at Fight for the Future
Photo credit: Kayana Szymczak for The New York Times

Building a Powerful Tool for Change

Evan knew Fight for the Future needed to capture and amplify people’s voices, not just to make noise, but to create real change. “A lot of time you see activism campaigns online and there are lists of lawmakers and their phone numbers,” explains Evan. “While it’s great if something like that goes viral, there’s just nothing that is as impactful as a lawmaker getting a phone call from someone in their district and hearing what that person thinks about an issue.” The team at Fight for the Future built a tool to do just that.

Using an SMS chatbot and IVR, Fight for the Future quickly connects people to their congressional representatives through the channel their prefer – whether that’s a phone call or a written comment. “Our job as advocates is getting everyone to one place to do one thing, so making sure that that one thing is the most important thing that people could be doing is super important,” describes Evan. “The tool we build on Twilio connects people directly to their lawmakers by entering their zip code, which allows us to ratchet up the impact of everything that we’re doing.”

Amplifying constituent voices turned out to be particularly important in the fight for net neutrality. During the public comment period on the FCC’s proposal to roll back net neutrality protections, the agency’s e-comment system was flooded with fraud, including comments from people both living and deceased filed without their consent (even former president Barack Obama). “These phone calls [we routed to Congress] were incredibly important for getting the voices of real people to lawmakers and showing lawmakers that there was overwhelming consensus among their constituents about this issue,” says Evan.

Using Fight for the Future’s app, people have raised their voices at incredible scale. By the end of 2017, Fight for the Future had powered over 1.25 million calls to Congress. Over 350 thousand people texted into their shortcode the day of the net neutrality vote by the FCC. “It’s really been amazing to see how the technology enables people to make their voices heard in an impactful way,” says Evan.

The overwhelming public response has generated support for net neutrality on both sides of the aisle. “[Congressional representatives] acknowledged that the sheer amount they were hearing from people in their district was a huge factor in taking a stand on this issue, said Evan. “Representative Mike Coffman was the first Republican to publicly call for the FCC to cancel their vote [on net neutrality], and his statement acknowledged the volume of comments and calls that he had gotten from his constituents.”

While the FCC did vote to roll back net neutrality protections in the fall of 2017, Evan notes that the fight continues unabated. “The most important thing for everyone to understand right now is that net neutrality is not dead and there’s actually a very concrete strategy for how we can get our elected officials in Congress to overturn the FCC’s decision.”

Take action in the Red Alert for Net Neutrality today at Battleforthenet.com.