Jem Stein is on a mission to get every refugee on a bike.

Each year over 13,000 people seek asylum in London. Many arrive fleeing war, religious persecution, and government oppression. Once in the UK, asylum seekers face new challenges adapting to their new home. Among these, a lack of affordable transportation creates a virtual wall between refugees and basic resources like food shelters and health services. Led by founder Jem Stein, The Bike Project is breaking down this barrier, two wheels at a time.

The Difference a Bike Makes

Jem’s mission began after he witnessed the importance of transportation to refugees firsthand. “I mentored a Darfuri refugee named Adam at university and saw the difficulties he faced getting around London.”

Government accommodations for asylum seekers typically reside on the outskirts of London, requiring travel to reach basic necessities. Weekly bus fare is £21 per week. Asylum seekers receive a weekly stipend of £36, but are not permitted to work until they have official refugee status, making public transit unaffordable for many.

“No one should have to choose between eating a square meal and catching the bus,” says Jem. “I gave Adam an old bike and immediately saw the impact it had on him.”

Jem then saw the opportunity to help more refugees access mobility. He learned that across London, over 27,000 bikes are abandoned each year. These bikes are collected by building managers and city employees, but there wasn’t a way to get these bikes to people in need of them. Jem stepped in to help, soliciting bike donations, refurbishing them, and distributing them to refugees. It started as a side project, but quickly grew to a full time job. 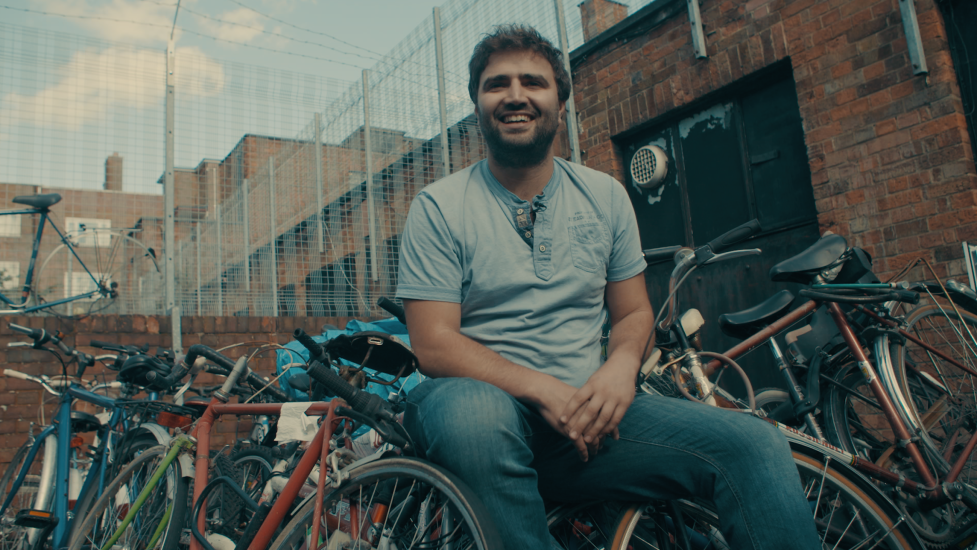 When Jem launched The Bike Project in March 2013, things started relatively calm. “For the first few years we didn’t have a waiting list because we didn’t need one. Refugees would just turn up and pick up a bike. Every week, we would have roughly the right amount of bikes for refugees.” That didn’t last long.

“The refugee crisis happened and in a matter of weeks demand for our bikes increased from 15-20 per week to 70-80 per week. There was literally a queue round the block and it was complete chaos as we had no way of logging that someone had come before another. So people had to keep turning up every week to eventually get a bike.” Jem and the team at The Bike Project knew they needed to develop a better system.

Automating the Queue and Notification System

With hundreds of people awaiting a bike, Jem needed a solution fast, and he needed it to integrate with the charity’s existing systems. “We were already using Salesforce, so we asked our developer to come up with a solution that would work with our CRM,” says Jem. In just one week, the team developed a system for people to register online and receive updates on their place in the queue over text message.

“People give us their height when they register and are then placed in a list. We use Twilio SMS to send out automated notifications through Salesforce when bike is ready that’s suitable for their height.” They also added a few tricks to make the pick up process simple and flexible for their beneficiaries. “We include a pin in the text so that they can find us on Google maps. If they miss their appointment, they get an automated SMS asking why and if they like to re-book,” explains Jem.

Connecting People with Bikes by the Thousand

With their queueing and notification system in full swing, The Bike Project has now delivered over 3,500 bikes to refugees, and seeks to donate another 1,300 in 2018 alone. It’s an impressive feat, but the real motivation for Jem and the team at The Bike Project is the impact these bikes make on people’s lives. Considering the cost of public transportation, each bike can save someone £1,000 per year in transportation costs alone. But the bikes also provide refugees the freedom and independence to travel at will, and have fun doing it.

With a team that has grown to 14 staff and volunteers, The Bike Project is now working to provide additional support to refugees after they receive a bicycle. They recently launched two companion initiatives, Bike Buddies and Pedal Power.

Bike Buddies pairs volunteer mentors with a refugee to show them around the city and help people find local shops or their general practitioner. “We want to help people learn about their new environment,” says Jem. Pedal Power is a program dedicated to teaching women to ride a bike. “We saw that female refugees are sometimes coming from countries where it’s not socially acceptable for women to ride bicycles.”

Up next? The Bike Project is expanding their operations to Birmingham. With a scalable model for delivering two wheeled transportation and a team of passionate cycling devotees, Jem is well on his way to his goal to get every refugee on a bike. 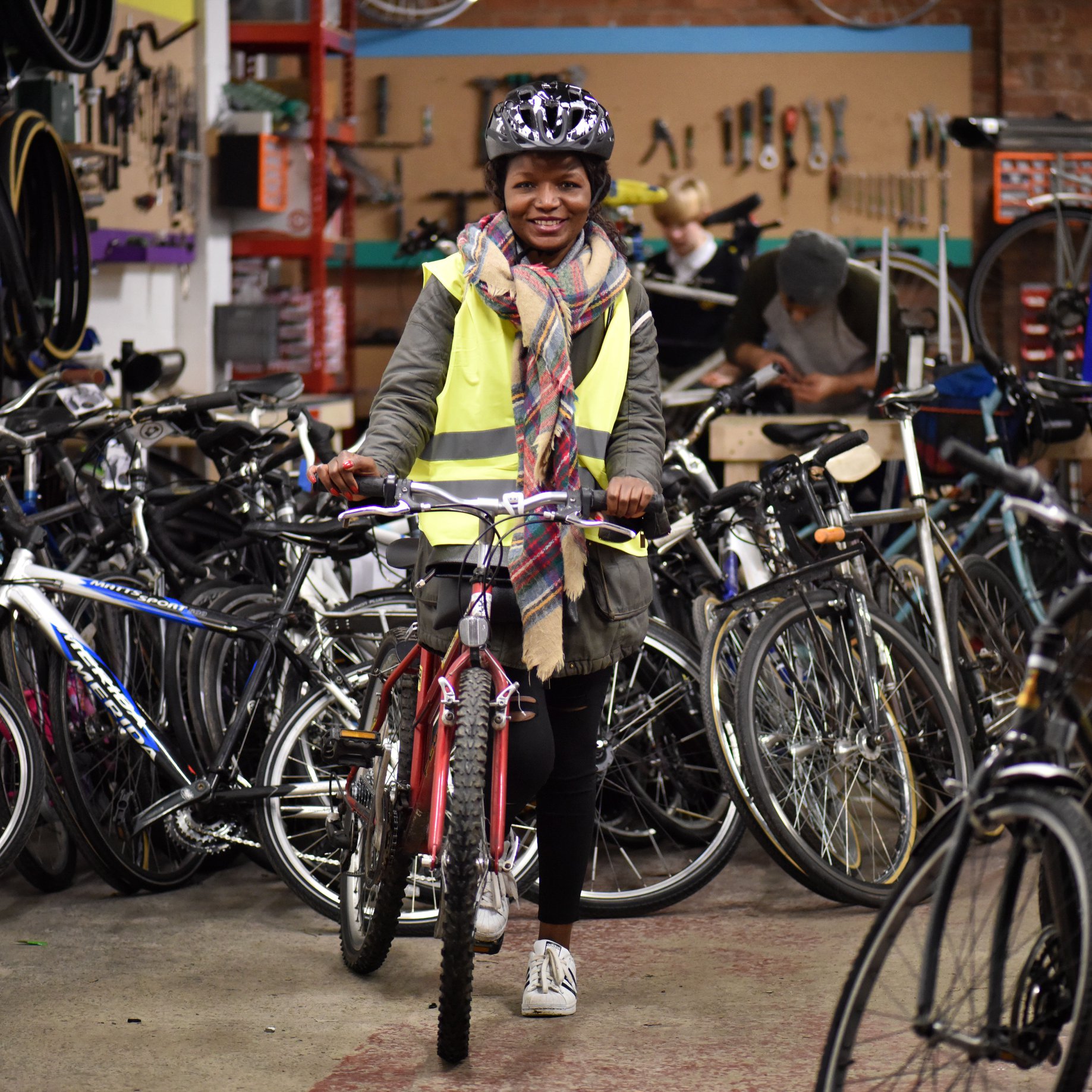 Above: Another happy cyclist