What if your house was on fire and you waited for the fire truck to arrive, only to be informed that it was stuck in traffic? Traffic congestion in major cities is a bane for commuters, but as a daily affair we have all gotten used to it.

When congestion meets an emergency situation, can lead to loss of lives and property. That is where an intelligent transportation system (ITS) kicks in. A citywide ITS based infrastructure keeps tab of city traffic and controls the traffic control signals to manage traffic pile up. In this post, we will witness how an ITS can be automated to facilitate seamless movement of emergency vehicles, like ambulances and fire trucks.

Internet of Things has been around for a few years now, and its novelty has already given way to practicality across various industries. Technologies such as GSM and more recently LPWAN have enabled us to connect device which are either on the move or accessible only remotely. And with GPS, it is quite easy to track vehicles as well. For managing emergency vehicles on the move, we can employ a set of these technologies to make a smart and intelligent transportation system.

We are going to build a model ITS system which is capable of sensing emergency vehicles and controlling the approaching traffic lights. As this system will comprise both hardware and software components, let’s dive in to get a closer look at each of system components.

Hardware Components of The System

In a real world application, the best way to track the location and direction of a moving vehicle is through a GPS device. We also have another device that can be attached to the traffic signal equipment to control the operation on the traffic lights. Both these devices need to be connected to the Internet.

However, the Raspberry Pi 3 can be used for both purposes in one device. 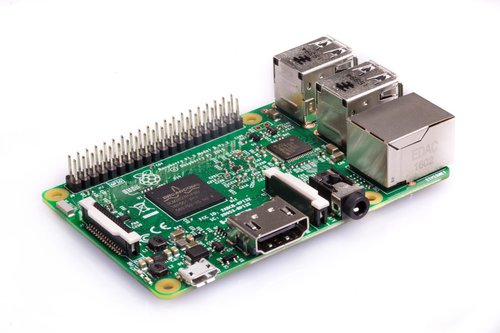 Software for a Demo ITS

The GPS device component of the emergency vehicle is simulated in software for today’s demo. It will replicate the movement of the vehicle along a predefined route. It sends the GPS location along that route and gives an impression of the vehicle in motion by sending GPS data periodically.

That’s where Twilio Sync comes in and plays the role of an orchestrator.

To use Sync, first register for a Twilio account and then request an invite to Twilio Sync early access.

Using Sync for an ITS Backend

For our model ITS, we are going to use Twilio Sync to build our ITS backend. Both the emergency vehicle and the traffic signal will be synced up via some form of connectivity, as you can see in the diagram below. 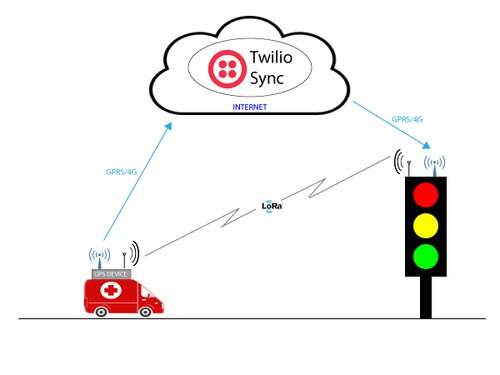 To provide some amount of resilience to the system (considering the fact that it is used for managing emergency vehicles!) we will use LoRa radio-based point to point connectivity.

Building the Working Setup for ITS

Let’s look at how we can assemble the hardware and software pieces of this system together to build a functional setup.

Before we process, here is a quick recap on our model setup. We are going to use the Raspberry Pi3 as the traffic signal and a laptop/computer for simulating the GPS device of the emergency vehicle.

As we are using Raspberry Pi 3 to represent the traffic signal hardware, we have connected three LEDs to emulate the red, amber and green signal color of a typical traffic signal. These are interfaced via GPIO with the Raspberry Pi 3.  Since we are including communications redundancy, we have also added the LoRa interface as a USB serial device.

Here is the final schematic representation of the Raspberry Pi 3 with the LEDs. 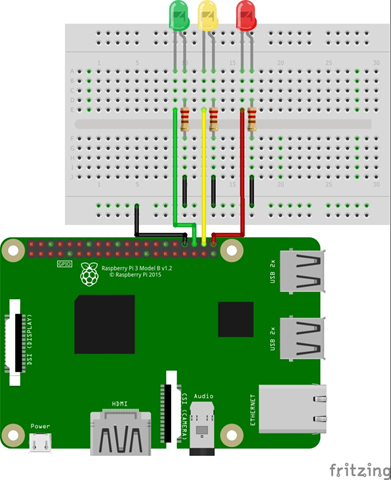 The LoRa module used here is the Microchip RN 2483 and its pinout and the schematic is as follows. 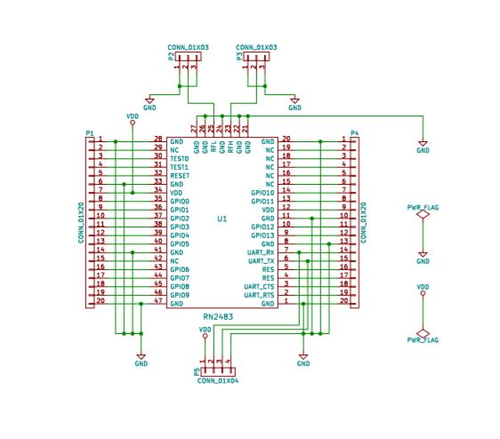 We will use this specific design. You can also purchase the LoRa evaluation kit from Microchip site but their external pinout will be different.

Note: LoRa operates in the ISM radio band which varies from country to country. The RN 2483 module used in this demo is meant for Europe and Asia. If you are in North America then you must check out RN 2903. All the Microchip’s LoRa products are listed here.

We need to connect the LoRa breakout module to a serial to usb converter so that it can be attached to the USB port of the Raspberry Pi as well as the laptop. 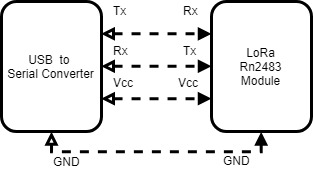 The entire source code of the software components, written in Python, is available through this GitHub repository.

There are three independent pieces of software that are required to make this system work.

During initialization, the traffic signal software checks and brings up the LoRa and MQTT interface via the systemInit function.

The traffic signal listens for the MQTT topic sync/docs/gpsData and subscribes to a callback function, handleEmergencyMessage. This function handles the complete behaviour of the signal light toggling based on the GPS location received from the vehicle.

handleEmergencyMessage calculates the distance between the traffic signal and the vehicle and updates the state. The state can be either NORMAL(0) or CRITICAL(1), meaning  that the emergency vehicle is in close proximity to the signal intersection.

Based on the current state, the function updateTrafficSignal gets invoked periodically and takes the appropriate action. For the NORMAL case, it just toggles through the normal sequence of red, amber and green lights. For the CRITICAL state, it holds on to the green light to allow the passage of the emergency vehicle.

The traffic signal software also runs a thread for LoRa reception. If the GPS device sends a special code to indicate that the primary internet communication failed, loraReceive kicks in and sets the CRITICAL state.

The GPS device software simulates the behaviour of an emergency vehicle movement for reporting periodic GPS locations. This locations are pre configured along a path defined by the location_list variable in the code.

Like the traffic signal, the GPS device also needs to initialize the LoRa  interface and the Twilio client. This is done via the sys_init function.

Once initialized, the GPS device publishes the preset GPS locations at a periodic interval. Here is how the data is sent to Twilio Sync.  Note that we are using the same MQTT topic endpoint gpsData.

In case of an exception such as internet connection interruption, the LoRa interface is activated to send a special code to the traffic signal directly.

Note: Currently if the internet connection is interrupted, the Twilio client may not raise the exception immediately and the sending of the LoRa signal might be delayed.

This is the hosted, server side component of Twilio that orchestrates the messages from GPS device to traffic signal. Both the traffic signal software and GPS device need to be subscribed to this service.

You can follow the accompanying README file to set up the Twilio sync account, as well as set up the hardware and software components of the system.

Let’s Do A Test Run

Now is the moment of truth – let’s test our ITS

Before proceeding, make sure that you have hooked up the traffic signal hardware and GPS device with Twilio Sync via the Internet and have also attached the LoRa module.

Fire up the raspberry Pi and you should see a standard toggling pattern of the “traffic lights” as we witness simulated everyday traffic.

Next, fire up the GPS device script from the laptop. You also have to make sure that the laptop is in close proximity to the traffic signal hardware so as to enable direct point to point LoRa communication in case it is needed.

The GPS device simulates the movement on the emergency vehicle as per the path trail given below. 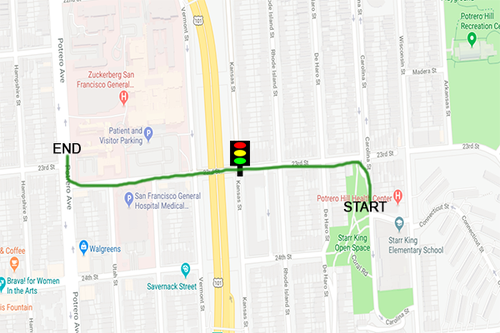 As you can see, the path has an intersection and we assume that the traffic signal hardware is installed there.

The GPS device’s Python script kickstarts the mission for the emergency vehicle. Once the GPS device starts publishing its latest GPS location, Twilio Sync kicks in and makes sure that the location information is updated and shared with the traffic signal. 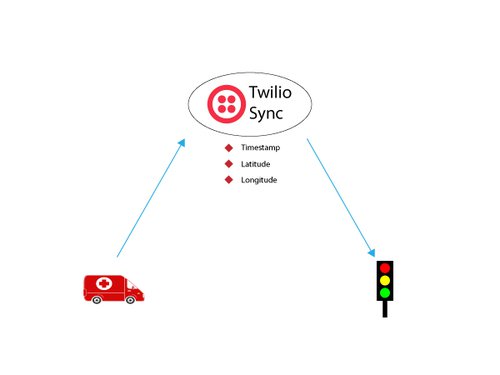 Here is a brief description of the key events that happen in this video:

0:03 – At the beginning we start the traffic signal software. Following that, you can see the traffic lights toggling in the typical cyclic pattern.

0:17 – We start the movement of emergency vehicle by starting the GPS device simulation script. Now  you can witness the movement of the vehicle and the current GPS location ( latitude and longitude) is logged in the screen.

1:35 – At this point the emergency vehicle is assumed to have crossed the intersection and have moved past the minimum distance for proximity from the traffic signal. The signal rolls back the normal cycle of toggling the lights.

1:55 – The emergency vehicle has reached its destination. The traffic signal continues to operate in the normal mode now.

The ideal scenario for this system is to work via always-on internet connectivity. However, in the event of connectivity failure, we have backup LoRa point to point connectivity. It enables the emergency vehicle to send a direct request to the traffic signal to turn green.

However, know that the LoRa device is only activated when the emergency vehicle is in close proximity to the traffic signal. You can test the activation of the traffic signal using LoRa by deliberately disconnecting the internet connection at the GPS device.

Conclusion: ITS with a Raspberry Pi, LoRa, and Twilio Sync

That is it. We have a near functional model of a smart traffic signal which is aware of its surroundings and can be triggered by GPS coordinates and Twilio Sync or LoRa. Such systems can really prove the effectiveness of smart city applications for a growing urban populace.

Don’t forget to check out the full source code of this demonstration Twilio documentation. Twilio Sync will be generally available soon and we are excited to see what cool stuff you can build with it.