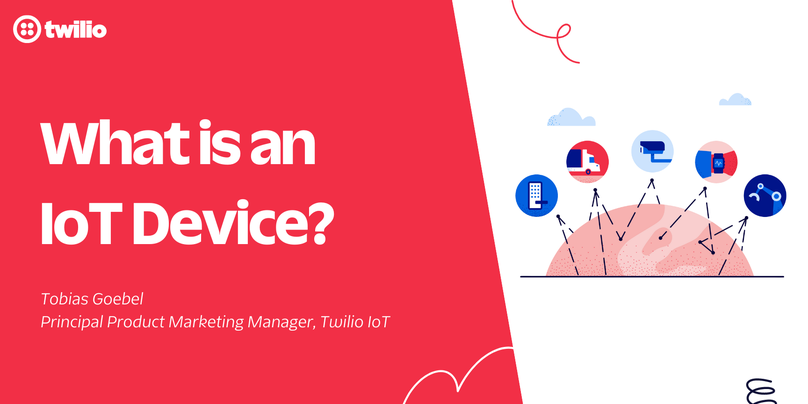 The IoT, or Internet of Things, is one of the most promising areas of technology to help solve today’s real world problems of the physical world, be it related to our changing climate, public health, public safety, transportation, or even our convenience with living in a modern home. If you are new to IoT, you can read up our definition of What is IoT. Use cases are found in every major industry, from healthcare to agriculture to retail to government. We have put together a list of the top IoT use cases across industries for your perusal as well.

In this article, we want to dive deeper into the devices, the “things”, that make up the Internet of Things.

What is an IoT device?

An IoT device is a special-purpose, Internet-connected electronic device that uses sensors – such as temperature, light, or accelerometers – to inform the user or owner of the device of the status and condition of either itself, the object it is attached to, or the environment it finds itself in. A second big application of IoT devices is to remotely operate other machines or systems in the physical world with the help of so-called actuators, which are “movers” that can perform operations such as pushing buttons, opening valves or doors, moving robotic arms or fingers, or running motors.

Note that while consumer smartphones, tablets, or laptops also use connectivity to access the Internet, these are typically not considered IoT devices.

IoT devices come in all shapes and sizes, as the applications in the world of IoT are manifold.

Giving any of these objects and devices Internet connectivity, especially where none was utilized before, will help improve efficiency in operating in any of the sectors mentioned. For more examples of IoT use cases, please see our article Top IoT Use Cases Across Industries.

What are the components of an IoT device?

Microcontrollers, MCUs, Modules, Modems, oh mmmmmy! What really IS in a piece of electronics that makes it an IoT device? In this section we want to give a high-level overview of printed circuit boards and their typical components; it is aimed at anyone who would like a rather non-technical look under the “hood” of your connected oven (pun intended), a street light your city can control from afar, or the e-scooters you might be using to get around a modern city.

IoT devices are made up of the following main components:

Hopefully this article was able to shed some light on your questions about IoT, IoT devices, and what goes into a device. If you’d curious to hear from businesses that have implemented IoT devices to reap the rewards described above, have a look at the Twilio IoT Solution Showcase!