Connect with us on LinkedIn

Want to contribute
to the blog? 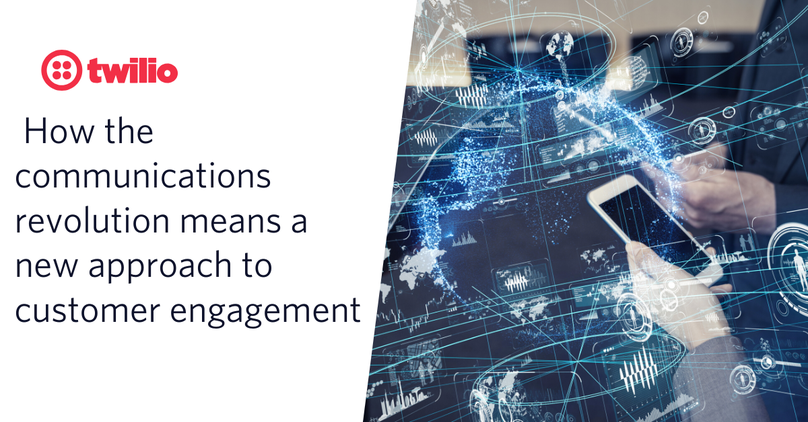 It’s been largely said that current market conditions are the result of a business revolution — or, a technology revolution.

Forward to the present

Most tangibly, the part of this revolution that we are all accustomed to, and part of, is the mobile side.

We all communicate on an insanely large number of channels and media via our smart devices, which either are used for bidirectional communication (phone, sending emails, Twitter, Facebook, LinkedIn, Instagram) or for collecting and consuming information users are looking for specifically. That specific information, and not so much the random searches, is what the key to really thinking about the future of communications and engagement is about.

Mobile is nowhere near the end or even the most advanced way of thinking about communications or engagement. However, the device can be a centerpiece for what can be the core of a true digital transformation effort –– or, as Esteban Kolsky calls it more accurately, a business transformation effort.

Not only has this changed all institutions and most of the people on the planet forever, but the nature of engagement with customers has been altered. Customers’ demands and expectations for that engagement are also much higher.

The nature of engagement shifted with the acceleration of the usage of both mobile devices, but also social channels, be it social media or communities.

Conversations occurring on social channels for specific brands have, in particular, had a powerful impact. No longer does just the ability to acquire products and services drive the relationship with the customers; Conversations are now required, to support customer engagement with a company.

As far back as 2008, what we called Social CRM (not really the right term) was defined as, “The company’s programmatic response to the customer’s control of the conversation.”

It had become clear that trust had transferred from the brand to the peer of the customer.  The Edelman Trust Barometer, the gold standard for the annual determination of “who do you trust,” verified that transition, which began as far back as 2004 when the category “a person like me” appeared as a trusted source.

That year, 23 percent of the respondents chose that “person like me” as their most trusted source.

This triggered the rise of influencers. Now the conversation was shifting to the control of the customer, accelerated when it became clear that not only was someone of similar interests trusted and believed but they could speak on behalf of hundreds, thousands and maybe even millions with some degree of credibility and acceptance. What they said, good or bad, impacted brands—and the brands became aware of it.

To that end, in that timeframe, companies had to figure out how to respond to this relatively new (now, of course, routine) turn of events.

They began identifying communications strategies that were foundational to the engagement of the customers. At first, it was multichannel: find out which of the channels that the customers care to communicate on primarily and then optimize to that channel. That didn’t work.

Then it was (and sort of still is) omnichannel communications: identify the channels that the customers communicate on and engage them in all, or most of, those channels.

It could be web, email, social media, communities, text, video platforms – there are thousands of possibilities – most of them available on that mobile device. But the companies had to make bets on the multiple channels the customer preferred to engage them on and respond accordingly.

For example, if I send you a query via email that asks to text me the answer, I don’t expect the answer in response to my email. I expect it as a text. So not only does the information have to be provided but it has to be returned in the way that I want it via the channel I want it in.  Omnichannel means being ready for all that.

So what’s the next step?

Companies fully integrating those communications into a single ecosystem: a unified communications platform that allows the customers to engage with the company easily. The hallmark of successful customer engagement isn’t delight; it’s convenience. Making things convenient for the customer in a way that allows them to a. make decisions on how they want to interact with you; and b. go do it once they decide.

While it sounds easy, it actually isn’t. Not only do the channels/media have to be made available in multiple places all the time (and that means among other things, cross-channel and cross-media integration), but in order to provide the customers with what they need to make those decisions on their present and future interactions, you have to have an idea of what outcomes the customer is seeking from you—and that’s not generic customer so-and-so, but a specific customer.

That means you need to know enough about that individual to give them enough meaningful options to act on, to get to the outcomes they seek.

That’s what makes a company customer-centric, or in my terminology, customer-engaged. I define customer engagement in my newest book, “The Commonwealth of Self-Interest,” as, “The ongoing interactions between company and customer, offered by the company, chosen by the customer.”

This means that the customer is getting the kinds of personalized options from the company that allow him or her to make those decisions, and they are offers that the company can actually afford to make.

For example, Triple-A bond rated Dialog Axiata, Sri Lanka’s 8 million customers strong telco, is among the best in the world in how they engage. They see their communications network in service of Sri Lankan’s lifestyles and build out their infrastructure accordingly.

In the course of their nearly daily customer journey tracking, they found that they had a large number of pregnant women on their network. They found after further investigation that those women had a strong desire to be able to ask medical doctors routine questions on their pregnancies without having to travel to the doctor, made difficult by the fact that the roads In Sri Lanka are bad and the women are pregnant.

Dialog Axiata’s answer was to create a shortcode service that, for a small fee, would allow the moms-to-be access to a licensed practitioner to answer the questions via the phone after you scheduled the time and date via text. Customers got the outcomes they wanted, and the company was well within their means to provide the service— a service offering that never would have surfaced if they hadn’t been constantly tracking the engagement of their customer base.

Think about it though. The communications infrastructure to do this isn’t a given. You need a scalable SMS system, a microservices development infrastructure, a SaaS-based payment system,  a phone system, and multiple other technologies to record and analyze the interactions and provide the insights to continually improve the system.

That’s the tip of the iceberg because you also have to monitor and track the journeys of their customers, which means understand the behaviors not just of segments but of individual customers, to even have the insight to come up with the offering.

This is an advanced communications infrastructure, one that you would expect a progressive telco to have—and as you can see, one that fosters successful customer engagement. It meets the tenets of what drives great engagement today:

Note that this is the communications infrastructure that can drive successful customer engagement today. But equally as interesting is what is it the foundation for in the future? Later on, in this series, I’ll take a look at what the future could hold when a company has a communications platform in place.

Paul is the author of the best-selling book CRM at the Speed of Light: Social CRM Strategies, Tools, and Techniques for Engaging Your Customers. He is president of The 56 Group, LLC, a customer strategy consulting firm, and a founding partner of the CRM training company, BPT Partners, LLC, a training and consulting venture.

Take your customer experience to the next level