More and more of our lives are lived inside computers. This vast virtual universe, which we call The Cloud, is home to countless worlds, and expands every second of every day. The ability to write code, the laws that govern these virtual worlds, has become a precious resource. 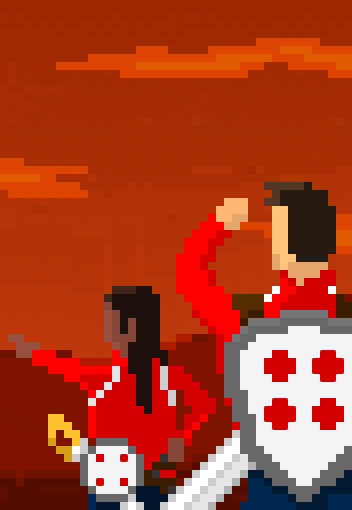 The power of code is so potent, it has attracted the attention of those who seek to greedily expand and jealously defend their own power. A shadowy organization, known only as the Legacy Systems, plans to exploit their hoarded wealth and privilege in a sinister plot to dominate the free people of The Cloud.

The "TwilioQuest" program was created in secret to train an elite group of leaders to confront this dangerous enemy. Part software engineer and part captain, we know them as the Operators. Operators explore and safeguard the wild frontier of The Cloud, building new tools and technologies destined to touch billions of lives. Operators are sworn to use their powers only to write code that unlocks hope, power, and freedom for all of humanity.

The only thing standing between the Legacy Systems and their total victory is brave souls like you. Take up the tools of software development. Become an Operator. Save The Cloud.

As an Operator in the TwilioQuest program, you will receive intensive training in a variety of technical skills. You never know what challenges could await you in The Cloud! Here is a small sample of the missions you may encounter. 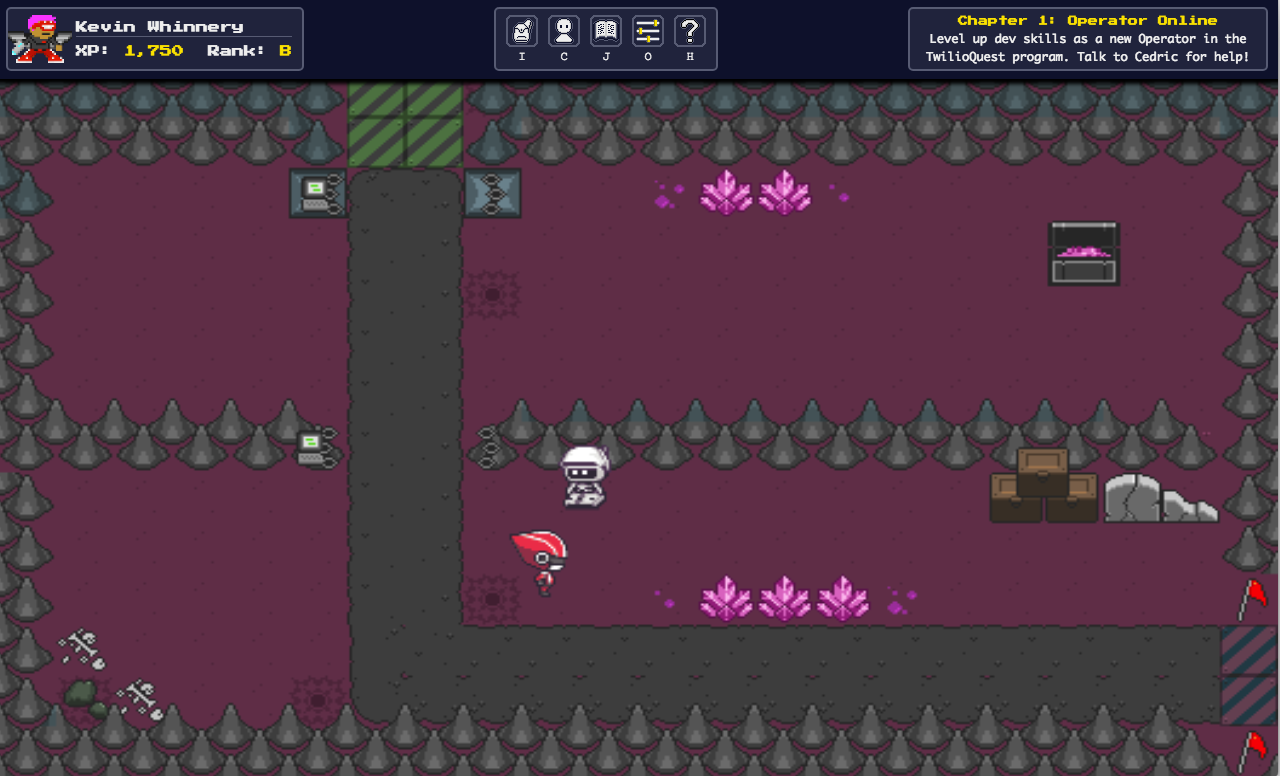 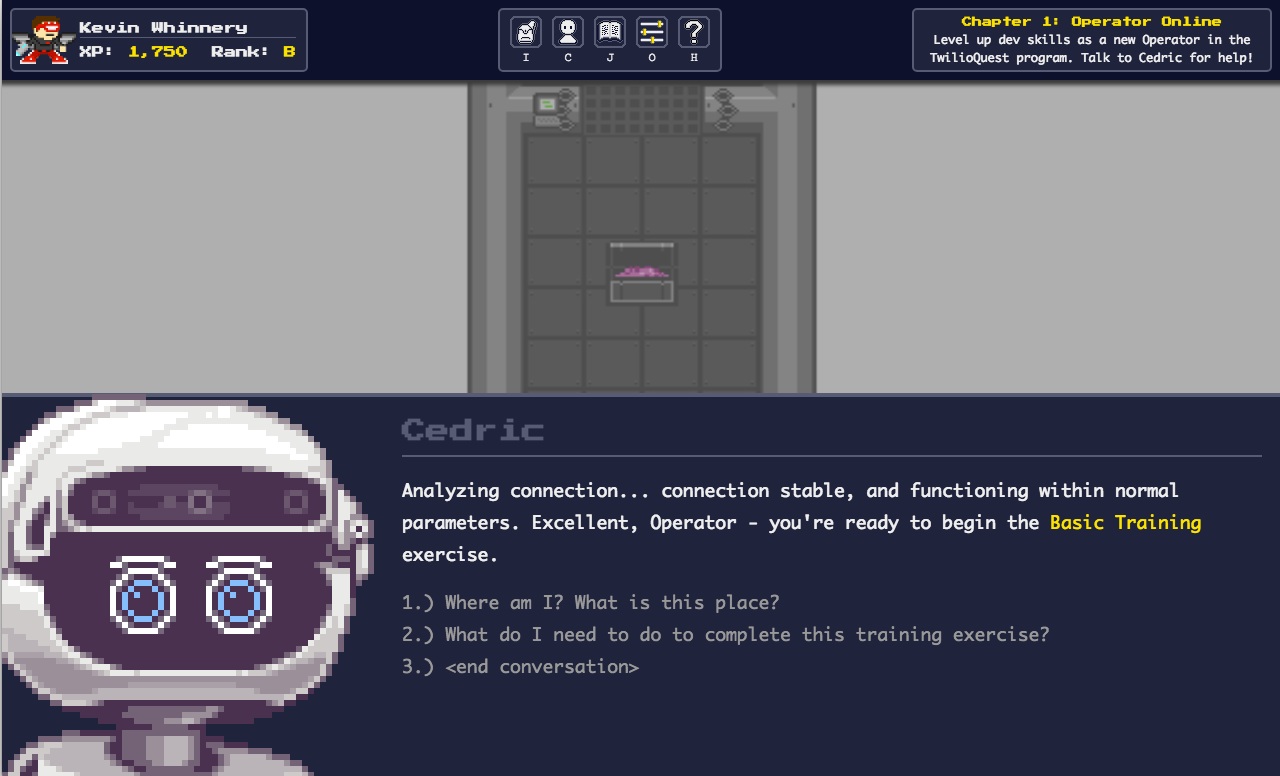 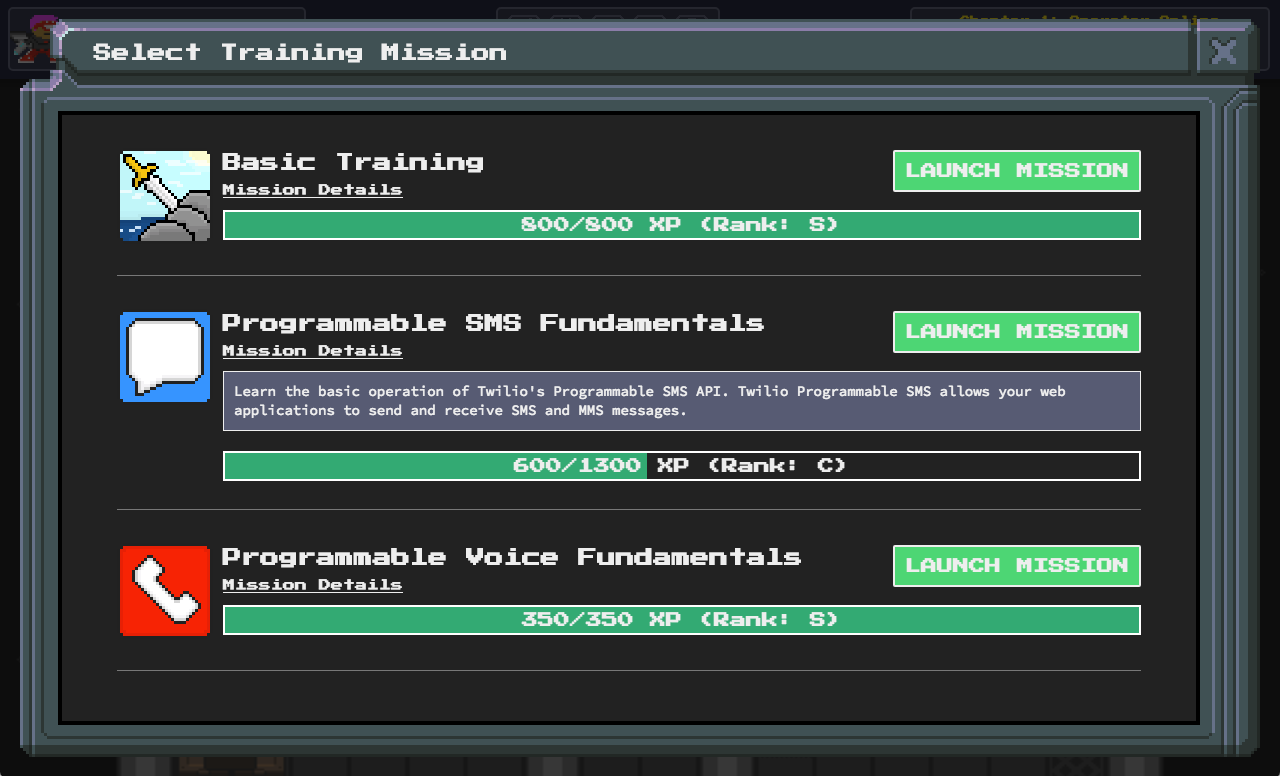 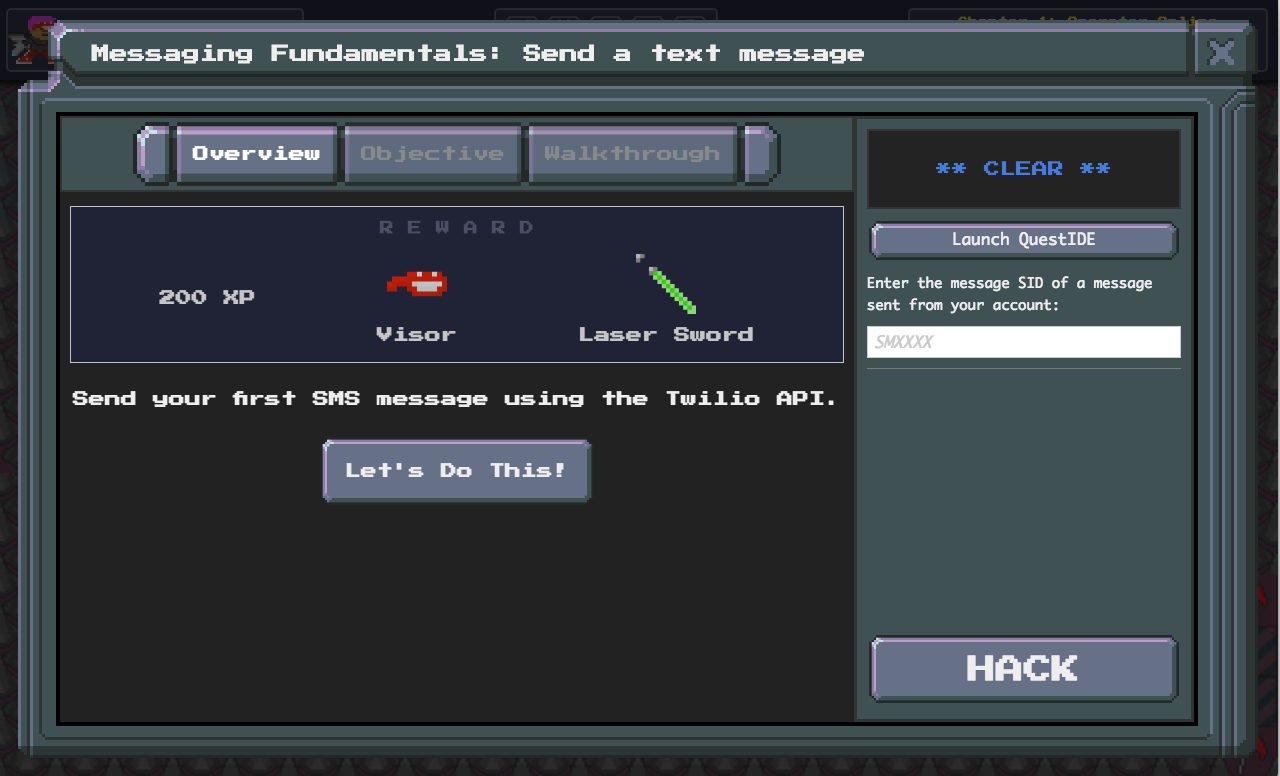 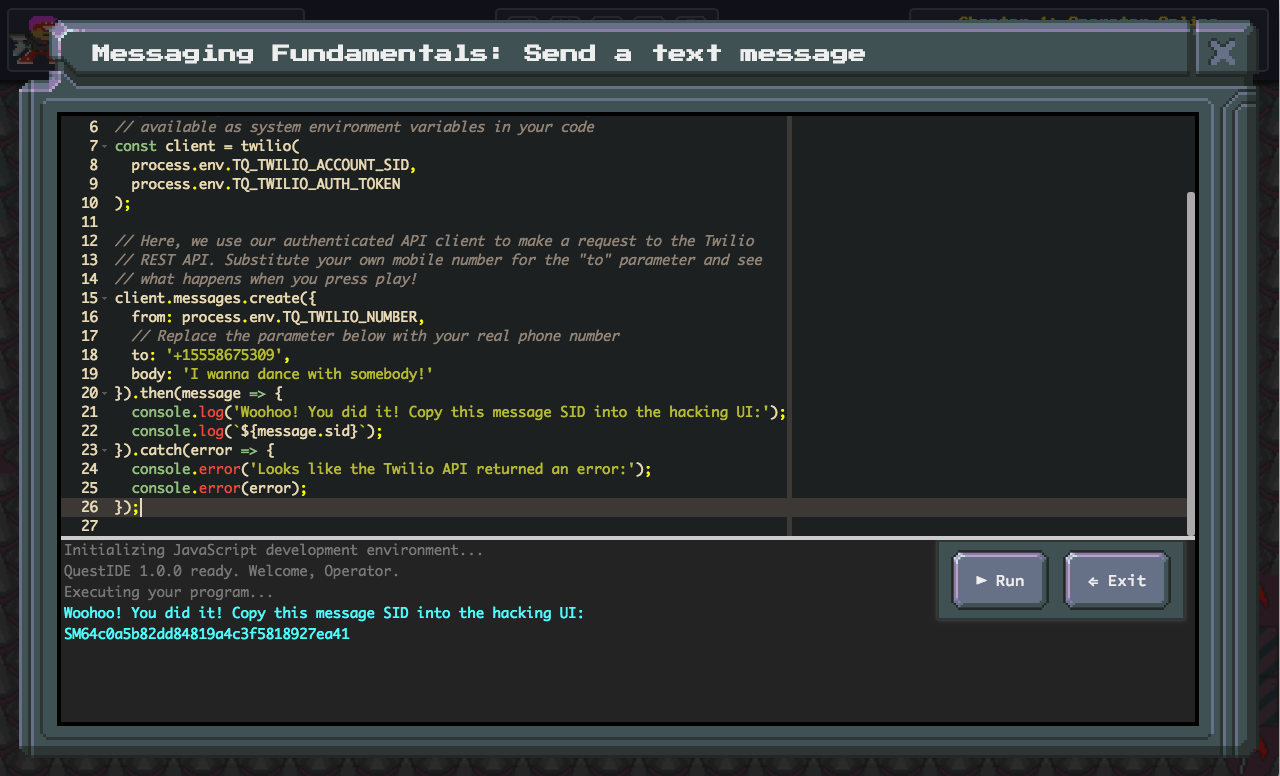 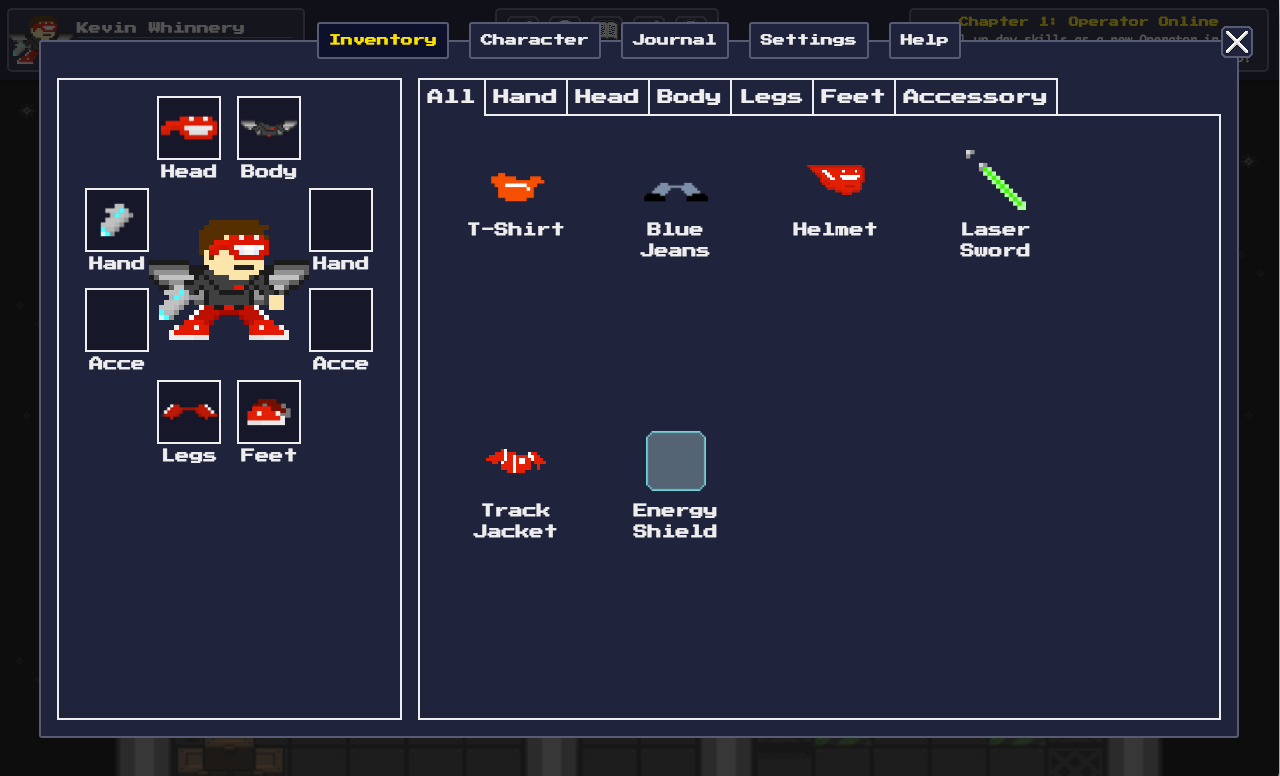 Your TwilioQuest adventure will feature an original soundtrack from a hand-picked supergroup of some of our favorite independent chiptune artists. Check it out below!

Can we tell you when TwilioQuest gets better?

This is only the beginning of the TwilioQuest journey! Still to come: new training missions, new characters, story missions, item crafting - and one day, you may be called upon to face the Legacy Systems in battle... Sign up below and be the first to know about exciting new TwilioQuest releases.