Nonprofits like United Way have long operated helplines to connect people with resources. The 211 service is now available to 95 percent of the U.S. population (and most of Canada) and serves as the social services companion to the municipal informational help-line. Following COVID-19, the team adapted to a fully remote workforce and developed innovative contact center solutions featuring automation to help more people than ever.

In the midst of the global coronavirus outbreak, more than 20 million Americans have filed for unemployment. Countless businesses stand shuttered, and uncertainty looms for many communities and individuals. The global and national situation shifts daily, and accurate information can be hard to come by.

A constant during this time of rapidly changing status quo? 211. The easy-to-remember three-digit number is splashed across local news broadcasts, official websites, help forums and beyond. Contact 211. They’ll help.

Nonprofits like United Way have long operated helplines to connect people with resources in the community, but in 1997 the United Way of Greater Atlanta began using the easier-to-remember 3-digit number. Since then, the 211 service is now available to 95% of the U.S. population (and most of Canada) and serves as the social services companion to the municipal informational help-line “311.”

The network of more than 200 agencies and their roughly 2,000 specialists help connect people to essential needs such as housing, financial assistance, food access, childcare, transportation, and more. Resource curators maintain robust databases of agency office locations and hours, documentation requirements, eligibility criteria, and other details so people in need of help don’t have to navigate the complex social services system themselves. In most communities, 211 can be accessed by phone, text, and web chat.

United Way Worldwide, one of the primary nonprofit operators and funders of 211 services across the U.S., reports the network handles more than 11 million calls a year—35,000 calls a day—from people in need of information about social services or who are experiencing a crisis and need help. Of course, that was before the COVID-19 pandemic and the social distancing and closure measures aimed at helping the country weather the coronavirus outbreak.

Now, says Rachel Krausman, senior director of 211 for United Way Worldwide, they’re seeing 2 to 4 times that number—or 75,000 calls every single day. In some areas of the country, she says, local 211s are reporting 6 to 8 times the call volume.

"People are in a heightened state of anxiety and exhaustion, and they need information, but also someone to talk to."

Searching for answers and connections, callers stay on the line

Krausman notes an increase in not only call volumes, but call times across the country as well. She attributes this to the complexity of the situation and a growing need to make human-to-human connections.

Instead of the typical 5 to 8 minutes, callers are staying on the line twice as long. Some areas, such as the San Francisco bay area, reported call times averaging 20 to 30 minutes.

“People have more complex needs,” Krausman says. “There are fewer services, and it’s harder for us to get an answer and a solution as quickly as we usually can.”

Additionally, many people are trying to navigate new legislation and an unfamiliar system. Says Krausman, “Part of the puzzle is we’re seeing a lot of people who have never had to reach out for help before because they’ve been employed, they make ends meet. They were okay and now all of a sudden they’re not. People are in a heightened state of anxiety and fear, and they need information, but also someone to talk to.”

For 211 staff, the combination of strong desire to help and skyrocketing call volumes and times has been “exhausting,” Krausman says. She and her team, always focused on continuously improving the capabilities and technology of the 211 service, wanted to find a way to quickly implement some of the ideas they’d been working on long before the pandemic began.

Krausman’s mighty team of four, now all working from home with much of the rest of the country, wanted to better connect the often-decentralized 211 systems, which would make it easier to load balance call volumes, engage volunteers, and more efficiently share information.

For a few years, Krausman’s team had been handling the balancing of call volumes between different 211 systems manually. For instance, if a hurricane or other natural disaster swept through part of the country, they would identify agencies with capacity and help route call overloads from the affected area to 211s in other areas, easing the burden on the local network and its specialists.

The arrival of COVID-19 and the national scale of needs, however, means there isn’t anyone to transfer calls to, and Krausman’s team can’t possibly manually load-balance within all individual states with decentralized networks.

“Right now everybody is overwhelmed, so no one can offer support, and we can’t transfer calls out,” Krausman said. “What we need to be able to do is enable 211s to send calls into a central place and us to bring on volunteers and leverage technology to answer those calls.”

Quickly, they developed a streamlined routing system with a front-end interactive voice response (IVR). People could call in to a single 1-800 number or their local 211 which would automatically transfer some calls to the new platform, where the AI-assisted IVR bot could help answer commonly asked questions about COVID-19 and related services. If the caller still wanted to speak to a specialist, they would be routed depending on their location to a live agent logged into the platform or back to a local 211 with available specialists to answer. While it may sound complex, the client experience is relatively seamless.

Ohio presented itself as a perfect pilot testing ground for the new system.

“Ohio is one of the states where there are a number of 211s covering different combinations of counties, but 37 counties are currently without access to 211,” says Krausman. “They turned to us and said they could essentially provide statewide coverage during this emergency if we could help them create a central platform to route calls from uncovered counties to existing 211s and other willing volunteers.”

As the team rolled out the pilot in Ohio, they stayed focused on their North Star: helping more people faster. Says 211 Manager Sawyer Baker on Krausman’s team, “This is still a fluid thing and every state is different. We want to make sure it’s the most helpful for the people who are calling in.”

Noting the high call durations experienced by 211s across the country, Baker adds, “There are some things where the bot will give you the answer, but then people still want to talk to a live agent,” and the team made sure the system enabled that connection seamlessly. Their system also includes a knowledge base integrated into the agent interface to more easily deliver state-specific and nationwide information.

While Krausman’s team awaits enough data to be able to measure the impact of the new system on reducing call abandonment rates and wait times, she notes there’s already been a victory in Ohio: With the entire state now covered by a connected 211 system, 211 agencies are now in talks with state government to activate and receive funding to build capacity even further, which wouldn’t have been possible before the new technology.

Helping the helpers during the ongoing COVID-19 situation

A common phrase in coronavirus coverage today is, ‘this is a marathon, not a sprint,’ and the United Way Worldwide 211 team wants to ensure they’re rolling out long-term technologies and solutions.

Says Baker, “Something we’re hearing is that obviously in the first couple weeks of this, [everyone is] running on adrenaline and the call center staff want to be there, answering COVID-related calls and ‘normal’ 211 calls at the same time.”

“I hope the solution, while it’s obviously working for Ohio, will also come at a good time to relieve the pressure [in other geographies], because I don’t believe this call volume will go back down to ‘normal’ as more and more people are financially impacted.”

And of course, even as coronavirus-related cases spike, the existing issues impacting communities and individuals continue. Baker notes that hurricane season is right around the corner, and experts suggest it might be a particularly active one. She’s hopeful the new technology can assist the 211 team’s response for hard-hit Atlantic coast states this year too.

For Krausman and her team, they want to find any possible way to help, whether in their already-heroic regular course of business or during extraordinary times such as these.

“The worst thing for a 211 specialist is to not have a resource to provide,” says Krausman. “Our goal isn’t to reduce call volume; it’s to increase our ability to answer that call volume. At the end of the day, even if we still don’t have a great answer because the food pantry is still closed, we want to be able to talk to everyone who wants to talk to us.” 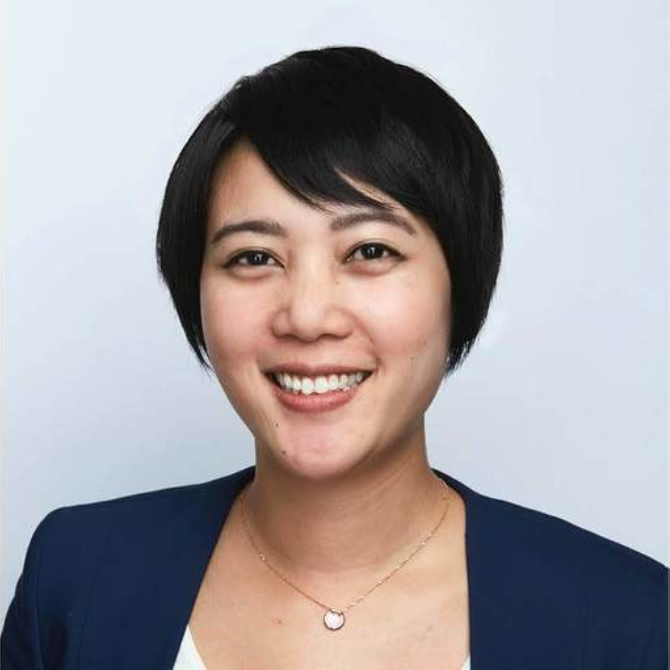 Claire Karjalainen leads line-of-business content marketing Twilio. The team amplifies the voices of customer engagement innovators who build more connected experiences—in every industry, all over the world. She previously led enterprise content marketing for a SaaS design software company and spent time in the agency world.