COVID-19  is a prime example of how valuable programmability can be. Now more than ever, it’s critical to provide customers with a “contact flow” experience—one that moves seamlessly between channels and modes of communication, providing information readily and accurately based on unique customer demands.

Today’s consumers are familiar with Interactive Voice Response (IVR) systems—commonly referred to as “phone trees''—and their benefits and downfalls. A well-constructed IVR feels seamless and gets a consumer right to where they want to be… but a bad one can lead to non stop tapping of the 0 or 1 key, all the way to shouting down the phone when the automated robot just doesn’t get it. Read 6 ways building a modern IVR propels your business to new heights.

Those in the contact center or customer care community know that the technology has actually been around since the early 70s. When IVRs were first released as a feature, they promised great things, such as massive call deflection and call steering rates.

However, they were often really difficult to both configure and maintain, with some companies deploying entire teams of people to make regular changes to meet continual shifts in demand.

Frustration among consumers was obvious, with many bypassing IVR trees altogether by pressing zero or just pressing whichever buttons seemed like the shortest path to speak to a human. However, they then needed to be transferred between departments because they had ended up in the wrong place. Operationally, this introduced other challenges. Agents now had to deal with frustrated and disgruntled customers, who’d been trapped in the labyrinth for what felt like forever, only then to be asked for their details again.

Speech recognition in the IVR world then hailed an end to the “press 1” requirement. Consumers could simply say what their reason for calling was, or answer a yes/no question. The infamous “I SAID YES” era commenced, with technology and speech recognition platforms still coming of age, trying to understand multiple languages, accents, and idiosyncrasies.

While these systems were often more effective, the upgrade in the quality of the experience required a lot of time, effort, and investment to make subtle changes—not to mention the cost of hardware and port licenses that had to be maintained. Many companies began to ask themselves: how effective are these systems given the time and resource required?

Read about three brands who are leading customer experience from the contact center.

Thanks to a next-generation workforce, process automation, and changing customer expectations, the modern contact center is evolving. We now sit in the era of programmability, with platforms as a service (PaaS) enabling organizations to more easily and speedily create personalized contact center experiences.

The current COVID-19 outbreak is a prime example of how valuable programmability can be. Now more than ever, it’s critical for companies to provide customers with a “contact flow” experience—one that moves seamlessly between channels and modes of communication, providing information readily and accurately based on unique customer demands.

“Contact flows” is key here; as contact centers have evolved, companies no longer need to differentiate between channels. They can now be consistent and use a “build-once” mentality to any channel they wish to use, be that for self-service and automation or just simple contact steering.

In the time of COVID-19, many organizations are experiencing increased inbound request volumes leading to longer wait times for callers, increased workload for agents and a perceived lower quality of service. Organizations can create specific messaging and contact flows, publishing them within minutes, to stem the overwhelming tide whilst still providing customers with quick answers. Yet many companies continue to lag behind, stymied by legacy systems, or perhaps simply overwhelmed by the change that needs to take place. Thankfully, programmability solves all that.

Watch the webinar to learn how to design a modern IVR. 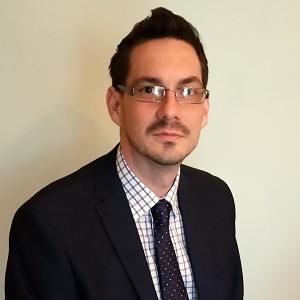 David is the EMEA Flex/CC Sales Leader for Twilio, based in London. With over 20 years of experience within the contact center space, he works with organizations to deliver innovative and agile solutions for superior customer experience management, AI, automation, contact center, engagement management, workforce optimization, and analytics, coupled with practitioner consultancy.