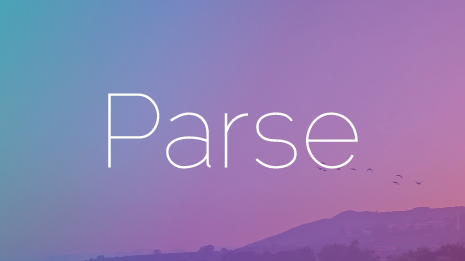 Twilio (www.twilio.com), the market leader in cloud communications, today announced at its third annual TwilioCon an updated Cloud Code Module for Parse (parseplatform.org), a highly scalable cloud app platform. The Twilio Module for Cloud Code makes it easy for developers to bring voice and messaging to their web and mobile applications built on Parse.

Twilio virtualizes all infrastructure needed for business communications, including hardware, software, carrier connectivity, and phone numbers, in a cloud-based, on-demand, global environment, exposed through a simple-to-use communications API platform. The updated Twilio module for Parse Cloud Code makes it easier than ever before to develop mobile applications that integrate with all Twilio services like Twilio Client, Twilio Voice and Messaging.

The new module remains 100% backward compatible with the previous version., and was formally announced today at the third annual TwilioCon user conference

Kevin Whinnery, developer evangelist at Twilio was the primary author of the updated module. "The new Twilio for Cloud Code module is particularly great for mobile developers on iOS and Android," said Whinnery. "They can now use Parse for their Twilio Client VoIP apps without needing to set up a server."

"Cloud Modules let developers easily integrate third-party services and libraries into their Parse App. One of the top requests we get from app developers is to make it easier to integrate voice and messaging functionality, so we're thrilled to release an updated Twilio Module that makes adding SMS and telephone features to apps dead simple," said Ashley Smith, Director of Marketing, Parse. "For many developers, voice and messaging features are critical to their apps, but they don't have the time or resources to maintain servers and backend code. The new Cloud Module lets you harness all of Twilio's functions, including VoIP, Voice and Messaging, without having to manage backend infrastructure."

"Parse is an excellent platform for developers," said Twilio CEO Jeff Lawson. "With the Twilio Cloud Module, developers can bring their Twilio Voice and Messaging apps to market and scale their businesses faster than ever--we can't wait to see what Parse developers build with Twilio."

Additional information can be found at docs.parseplatform.org

About Parse
Parse (parseplatform.org) is a cloud app development platform for all platforms and devices. Parse allows your team to focus more on creating a great user experience and less on server maintenance and complex infrastructure. Parse offer push notifications, social integration, data storage, and Cloud Code which lets you add rich custom logic to your app's backend.

With Parse, you can add a scalable and powerful backend in minutes and launch your app in record time without ever worrying about server management.

About Twilio
Twilio (www.twilio.com), the cloud communications company, is reinventing telecom by merging the worlds of cloud computing, web services and telecommunications. Twilio provides a telephony infrastructure web service in the cloud, allowing web developers to integrate phone calls, text messages and IP voice communications into their web, mobile and traditional phone applications. The company is privately held and is headquartered in San Francisco, California.

Today's leading companies trust Twilio's Customer Engagement Platform (CEP) to build direct, personalized relationships with their customers everywhere in the world. Twilio enables companies to use communications and data to add intelligence and security to every step of the customer journey, from sales to marketing to growth, customer service and many more engagement use cases in a flexible, programmatic way. Across 180 countries, millions of developers and hundreds of thousands of businesses use Twilio to create magical experiences for their customers. For more information about Twilio (NYSE: TWLO) (LTSE: TWLO), visit: www.twilio.com.