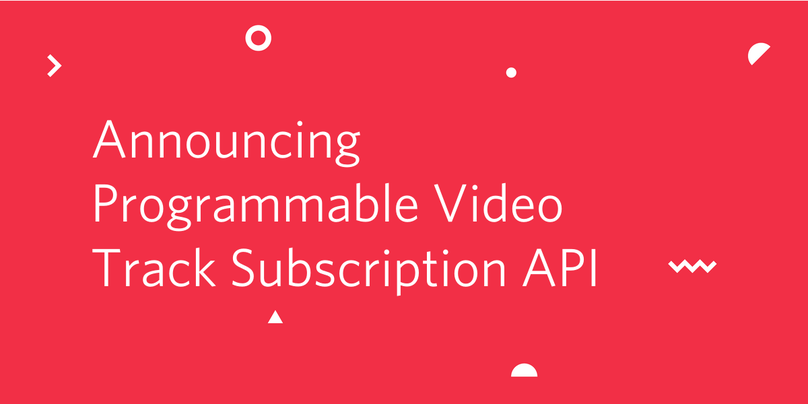 The Twilio Programmable Video team is excited to announce that the Track Subscription API is now generally available. Before this release, video participants were automatically subscribed to all tracks. Now, developers can define which participants receive which tracks and control dynamically what end-users see and hear. This new API is available in Group Rooms, Twilio’s solution for multiparty video conferencing.

In this post we outline how we’ve improved the Group Rooms subscription model and share how to get started with the Track Subscription API.

To date, Group Rooms have enforced a subscribe-to-all model. This means that participants automatically subscribe to all the tracks and receive all the audio and video information published to the Room without the choice of opting-out. While this works for most collaboration applications, there are situations where there is an opportunity to provide improved participant experiences. These include: 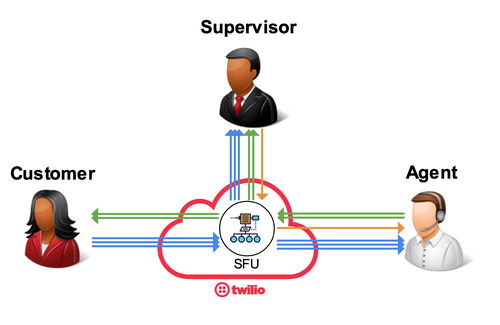 None of these models were possible with the old Group Rooms subscribe-to-all model. To address this challenge we have created the Track Subscription API that allows developers to specify which tracks should be included and excluded from each participant’s subscriptions. Developers can set and dynamically change these rules at any time as long as the corresponding participant is connected. Developers now have full control of how participants communicate in a Group Room by using the subscribe model of their choice.

Getting started with the Track Subscription API

The Track Subscription API is based on subscribe rules that describe what media information each participant receives. A subscribe rule is a JSON construct that specifies:

Each Track Subscription API request allows the specification of up to 20 subscribe rules that are enforced declaratively in the same order of precedence they are specified. By default, Twilio uses a subscribe-to-all model. Developers wishing to change that default must specify their desired subscribe rules.

Subscribe rules can be set from a client SDK at connect time, in which case they are enforced as soon as participant joins, or using a REST API after the connection is completed. In this latter case, the rules are enforced dynamically at the time the POST request is received.

For example, imagine a Group Room where a Participant named Alice wants to subscribe only to the audio and video tracks published by Bob, who is making a presentation. The following code snippet shows how to achieve it using the Node.js Twilio Helper Libraries. In addition, this library is available in several programming languages including Java, C#, Python, Ruby, and PHP.

Imagine now that Bob’s presentation has ended and that all participants start discussing it. Now, Alice wants to subscribe to all tracks to follow the conversation. For this, the subscribe rules must be updated to the following:

After that, Alice feels she’s consuming too much bandwidth and she decides to unsubscribe from all the video tracks and follow the conversation just with audio:

Subscribe rules are stateless, this means that each time you implement a new set of rules the previous ones are completely overridden. For example, if Alice wants now to keep her current state but subscribe also to Bob’s screen-share, she should use the following rules:

As rules are executed, subscriptions may change. When this happens, Twilio will send subscribed and unsubscribed events to the corresponding participant’s client SDK. Developers must manage such events as part of the client application logic. See the SDK Compatibility table to check which SDK versions are required for managing such events.

For further details on how to use this new API please check our official documentation.

We want your feedback

As a developer, you can use the Track Subscription API to set the communication topologies you want for your Group Room applications. Based on your feedback, we’ve simplified this API to improve the developer experience. However, if you have feedback  or ideas on how we can improve this API, do not hesitate to reach out to us.