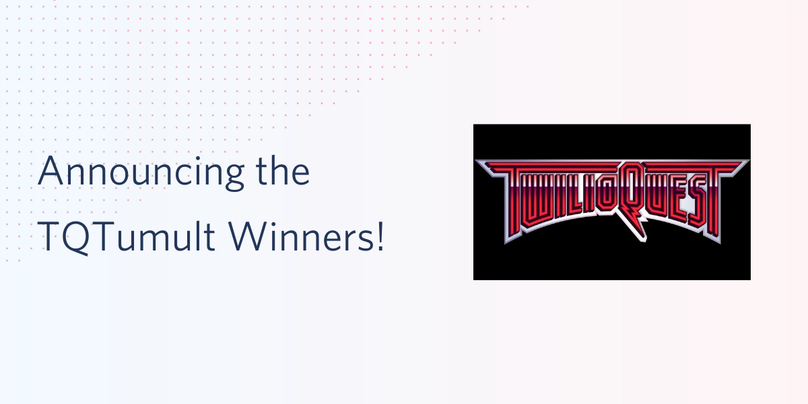 Last month, we hosted the first ever TQ Tumult contest for student developers. This March Madness-like event took place over the span of two weeks and featured 101 students from 24 different schools completing missions and objectives in TwilioQuest, a PC role-playing game inspired by classics of the 16-bit era where players helped defeat the evil Legacy Systems while learning skills related to Twilio and general programming. 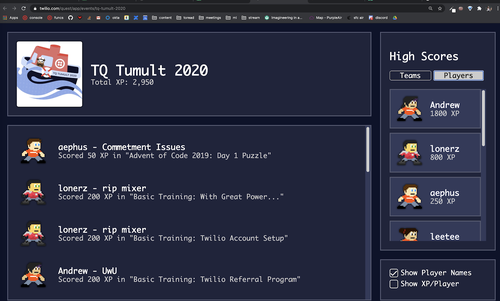 775,750 experience points (XP) was completed by the end, making it the second highest achieving TwilioQuest event after Virtual Superclass at SIGNAL 2020.

Today, we’re happy to announce the winners of the contest who will receive personal streaming setups and school honor. Here are the winners:

Onwards and Upwards in TwilioQuest!

Some more background on TwilioQuest:

So what are you waiting for? Advancing your code skills has never been more fun! I'll see you onboard the Fog Owl, our prototype Cloud Exploration Vessel that lets players travel deeper into The Cloud than ever before.