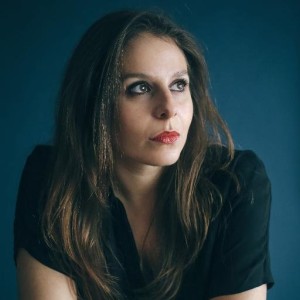 “All I wanted to do was get to the code.”

The person responsible for this quote believes that resumes are a terrible way to gauge technical ability. This person argues that including or excluding candidates based on the prestige of their alma mater, or previous employer is what’s broken about hiring developers. Code should come first.

This person built a platform that mutes those extraneous details – school, gender, age, race. This person is a recruiter. She’s also a developer. Surprised? That’s the idea behind Interviewing.io.

Cutting Through The Phone Screen

In a previous life, Aline Lerner, founder and CEO of Interviewing.io, was a recruiter at a mid-sized startup. She looked at the resumes of engineers who had interviewed there over the course of a year and tried to figure out what might be strong signals to look for. As it turned out, number of typos and grammatical errors mattered more than anything else. Where people went to school or what degree they earned didn’t matter at all.

During that year, Aline also logged 500 technical phone screens and realized that she was having what seemed like the same unavoidable conversation over and over. It was small talk followed by questions that didn’t necessarily shed much light on the candidate’s viability.

“The candidate can tell you about the project that they’re working on and it could be the coolest thing in the world, but if they can’t write the code in the second part of the interview it’s all for naught.”

The initial 10-15 minutes of conversation were always pleasant. But pleasantries don’t tell the recruiter, candidate, or hiring company anything about how the developer would fit. A proper fit rests on the developer’s problem solving skills and technical ability. That’s what Interviewing.io puts first. Using Twilio’s Voice API and a voice modulator, Interviewing.io provides a bias-free platform for interviews.

A Spider, An Elephant, and Voice Modulation

When the Spider and I, the Elephant, both agreed to drop our anonymous handles, I saw the Spider’s contact information. The man I had been talking to was Aline.

How To Code Biases Out Of Interviews

Interviewing.io uses CoderPad and Twilio Client to power the platform. Aline wanted to build a “one stop shop” that made it easy for anyone to start chatting and start coding. Aline and her team are still tweaking the platform to eventually add an video chat feature once both parties agree to drop their avatars. For now, it’s just voice. And Aline is more than happy with Twilio Voice.

“Twilio was a no brainer” says Aline. Interviewing.io matches the audio (including the realtime voice modulation) from the Twilio conference call between the attendees to the recorded video of the coding session and stores interviews in the acount portal so both parties can learn from their previous interviews.

Punching Above Her Weight

Aline’s vision of a hiring meritocracy seems to be working so far. Historically, over half of Interviewing.io’s candidates have made it to company onsites, and this year, Interviewing.io has made hires for Yelp, Twitch, Mattermark, and others. Contrast that to just a few years ago, when Aline was sending her clients transcripts of candidates interviews, trying to prove with any data she could muster that while a candidate might not fit the typical mold, they could produce extraordinary results.

Aline said during those days “it seemed like the problems in this industry were bigger than I could solve on my own.” She was (and is) right. She can’t solve the hiring problem without a little open mindedness from her clients, a little flexibility from her users, and a little trust between one Spider and one Elephant.