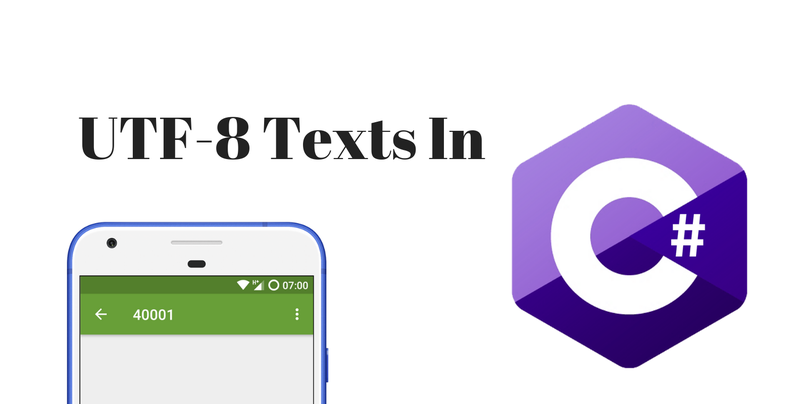 As technology expands the reach of our products and services it’s important for us to create content to suit users from all over the world. As we primarily use Latin characters for programming, creating content for languages like Japanese or Arabic that have a different alphabet is not as easy as typing them on a standard keyboard. This post will show you how to send non-Latin characters, including emoji, in text messages with C# and Twilio Programmable SMS.

You should have the following tools installed to complete the program described in this post:

That’s why the Unicode standard was developed. It integrated all these character sets into a single encoding standard that boasts over 100,000 different characters from 146 languages. There happens to be a really great Smashing Magazine article explaining Unicode and other encoding methods.

A convenient way to include UTF-8 non-Latin characters in C# programs is by using character escape sequences. Escape sequences let us represent characters that have a specific meaning to the compiler, like quotation marks, which are used to denote text strings, as literal characters. For example, to store a string value in a variable, we use quotation marks to show that the text is string.

To store the sentence “Scripts over everything!” as a string in a variable, we write the following line of code.

When we run it, it works just fine and the message is printed.

However, if our text has quotation marks in it we will see a number of errors if we write the code below:

To fix this we use escape characters.

For this case, we use the \” escape sequence, which lets us add quotation marks as part of the string. The code should look like this:

Similarly, to use non-Latin characters supported in UTF-8 we need to use the \u escape sequence followed by the hexadecimal notation for the specific character we want to use. We’ll get deeper into this in the next section.

To get started with the case study solution we'll begin by creating a new project. Open Visual Studio 2017 and select File > New > Project. You'll see a dialog box asking what type of project we want to create. We need to select Console App under .NET Core. Let's name the app “textio”. 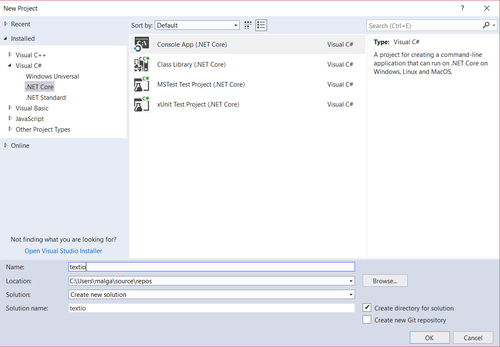 Click OK. You should see the following code in the Program.cs file:

Add types to the namespace

We need to make the compiler aware that we’re using certain types in our program. It’s also useful because it stops us from prepending namespaces when using their methods. For example, by including the line using System;, we can simply say Console.Write(message) instead of System.Console.Write(message). Add the following using directives:

Before we continue we need to create a Twilio account. Head over to their website and sign up for a free account. Once the sign up process is completed, we need to add our Twilio Account SID and Auth Token to use the Twilio Programmable SMS service in our code. You can get these in your Dashboard once you’ve completed the sign-up process.

It’s important to remember that when working with production code we don’t enter secret keys or tokens as we are going to do here. Another post on the Twilio blog brilliantly shows how to handle developer secrets in production code.

Now that we have our Account SID, Token, and Phone Number we delete the Console.WriteLine("Hello World!"); statement from Program.cs and replace it with the code below:

Replace the placeholders in the code above with the information from your Twilio dashboard. Use a registered phone number as the recipient’s phone number so you can send messages to it from your trial account.

In the last line of the Main method in Program.cs, right after var phone = "<Your Twilio Phone Number>";, paste the code below:

The code blocks above strap everything together, MessageResource.Create gets your number, the recipient, and the message, then sends the message using Twilio. The last few lines output a message to the command line containing the message ID (SID) returned by Twilio to confirm your message was sent.

Test the code with text. Run the application by pressing F5, enter the message “Hello! Is it memes you’re looking for?” at the command line prompt and press Enter. You should receive a text message like this: 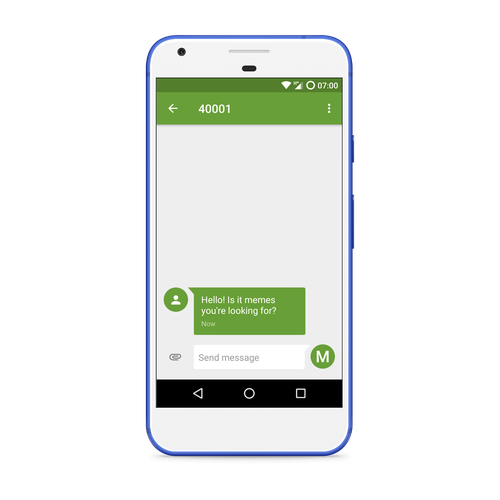 Send a message with UTF-8 characters

Pretty cool! I used the r12a Unicode converter app to convert the Japanese text to its escape sequence.

We should get lovely greeting in Japanese as show below: 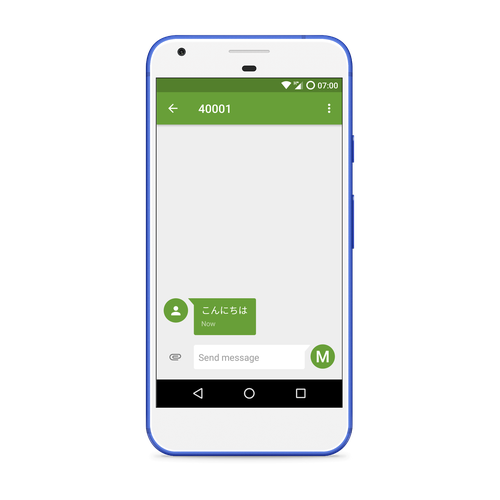 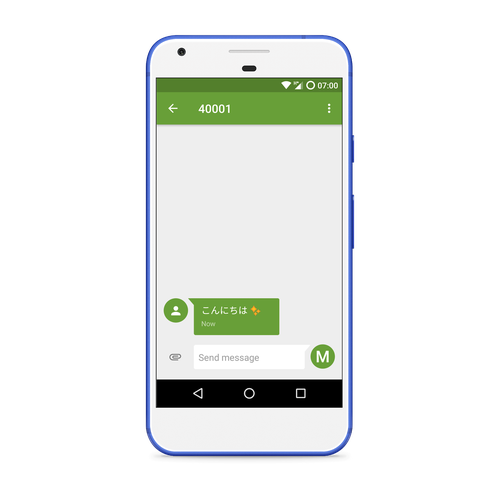 I’m a huge movie buff. Replace this message with the following code and see what you get!

Can you guess what movie this is?

That’s it! We’re sending texts in any language supported by UTF-8. Today, we went through UTF-8, what it is and why it's important. We found out about escape sequences and how they help us manipulate strings. We particularly learned to use these escape sequences to add UTF-8 characters in our texts and sent some dope texts in Japanese. Hopefully this makes it easier for your products to reach a larger audience.

You can find the complete project code on GitHub.