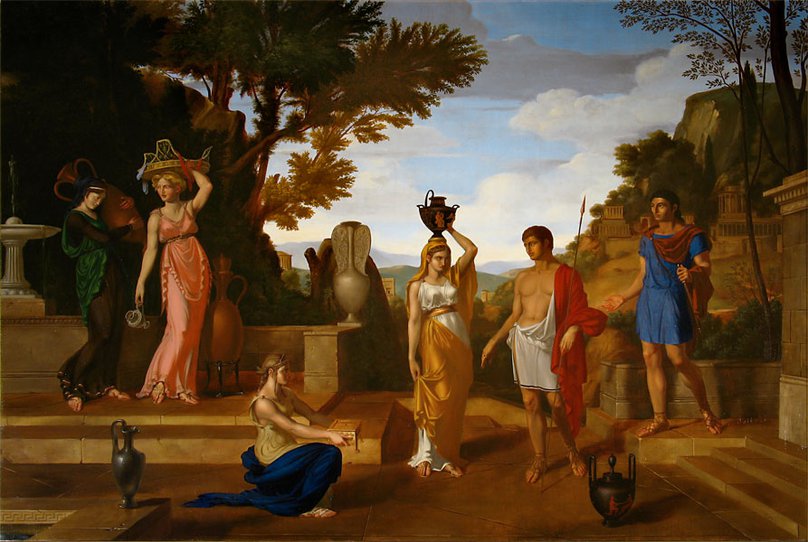 Nothing spells drama like actors and audience both vying for power from a Greek oracle. Deus Ex Machina, isn’t your typical theatrical production. Robert Matney, Co-Artistic Director at Whirilgig Productions, built out an entirely new way for audience and actors to not only interact with a story, but build it in realtime via Twilio SMS.

Robert Matney was inspired by the work of his peers and collaborators, Punchdrunk, and Hidden Room Theatre, who used software to give the audience agency in a story. Matney’s production of Deus Ex Machina tells the tale of the Greek tragedies of The Oresteia, a series of plays about a curse being lifted from the House of Atreus and all the vengeance, battles for power, and bloodshed that ensues. Audience and actors alike are thrown into the fire, assuming the role of greek gods duking it out for power.

To give each audience member an easy way to participate in the story, Robert used Twilio SMS. “SMS bridges the digital divide” Robert knew that not everyone attending the performances would have smart phones and didn’t want to “punish people for not having the financial means to own a smart device,” SMS proved to be the great equalizer for Deus Ex Machina.

Robert’s crew uses a variety of technical, physical and theatrical cues to manage the voting, and share the results with the audience. Each voting period has a musical cue, an actor staged accordingly, and a video hint.

As the audience votes, the voting results are projected on stage alongside additional audio/visual cues. Tim Thomas, a Technology Designer at Whirligig, integrated Carter Rabasa’s Votr platform to make the realtime theatrics work.

Managing actors, live story lines that change at an audience member’s whim, and an incredible amount of production assets is hard enough. Robert didn’t want to have to worry about whether or not his audience SMS votes would be registered or stall out. Failures like that could affect the play, and draw the audience out of the story.

“Integrating with Twilio has been a dream. It’s trivial to make changes to messages. The ease of use is going to lead us to have more interactive text messaging where you can “converse” with a Greek god. In fact, we chose Twilio over competitors largely on the strength and usability of its documentation,” said Robert.

“When a character has gone to the oracle and the votes are pouring in and being displayed in real time, people audibly cheer as the votes come in and swing from one option to another. There is a “drama of data” in play, that we never expected as part of the process.”

You can learn more about Robert’s production and buy tickets here.