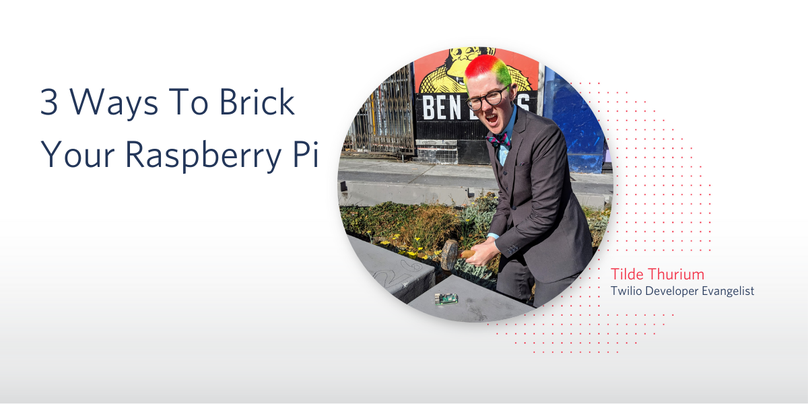 I learned over the course of my first hardware project that, well, hardware is hard. Today I’ll show you three easy ways to turn a Raspberry Pi into a paperweight.

For this hack, you’ll need a Pi Model 3 B+ and a multimeter. Let’s say you have a button hooked up to your GPIO pins, but pressing the button does nothing and you can’t figure out why.

Place the prongs of your multimeter on 3v3 power pin and BCM pin 18.

Don’t use alligator clips to keep your probe steady. Make sure that your hands are so shaky that the probe slips off BCM 18 and hits the 5v pin, letting out all the magic smoke. 🔥 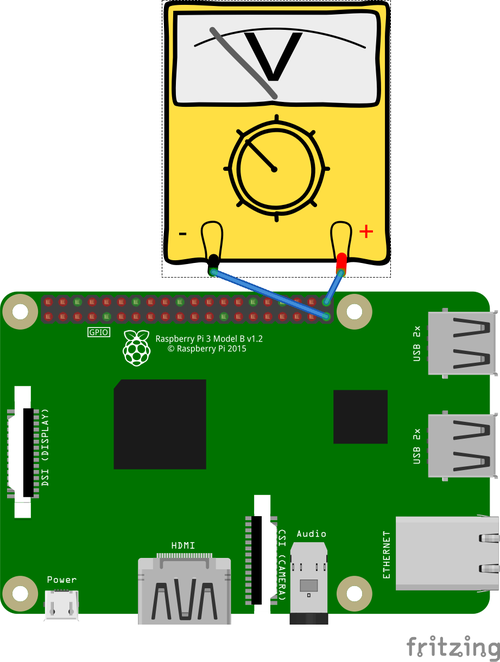 If your multimeter shows 0 volts on the 3v3 pin, congratulations on successfully bricking your Pi! Of course, if you’re the conscientious sort, you can verify that it won’t boot by plugging the power supply into the micro USB port and ensuring the green LED doesn’t turn on.

The reason this “hack” only works on the Pi 3 B+ is because this model has a new PMIC (Power Management Integrated Circuit). Shorting the 3v3 pin damages this PMIC chip irreparably. Since the PMIC isn’t user repairable, you can request a new Pi from your supplier.

Let’s say you find a mysterious USB battery lying around somewhere. Cool, seems legit. Make sure the battery is fully charged. Plug the Pi in to the battery with a USB-A to micro USB cable. If all has gone according to plan, the Pi won’t boot up.

The Raspberry Pi has a polyfuse to protect it against over current, which is caused by drawing too much power from the GPIO pins.

The polyfuse won’t protect the Pi from over voltage, unfortunately. The Pi is engineered to work at 5 volts, plus or minus 5% (4.75 - 5.25 volts). If you supply less voltage than required, the Pi won’t power on. Which is why you shouldn’t attempt to power your Pi by plugging into a laptop or desktop computer.

When more than 5.25 volts of power is supplied, Ohm’s Law dictates that there will be a corresponding increase to the amount of current. The USB battery listed above supplies 7 volts, which is way too much for the Pi.

To make sure you’ve bricked the Pi for good, keep the Pi plugged in to the battery after your failed attempt to boot it up. Tripped polyfuses reset after a couple of days. Keeping your Pi connected to power while the polyfuse resets is a great way to overheat the components.

Use an old power over ethernet HAT

HATs are modules that give the Pi extra functionality. They sit on top of the Pi, like a hat sits on your head. 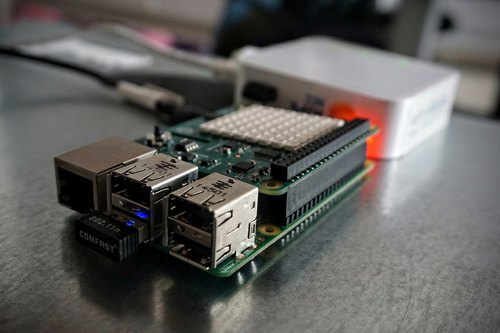 “Raspberry_Pi_2_Model_B_with_Sense_HAT” by Khairil Yusof is licensed under CC BY 4.0

All these cords are so annoying. What if you could get power and internet in just one cable? There’s a HAT for that!

With the power over ethernet (aka POE) HAT on your Pi, plug any USB device into the USB ports. Okay, maybe the Pi isn’t exactly bricked, but the USB ports won’t work after this. This hack only works with the old, recalled version of the POE HAT. The redesigned HAT won’t fry your USB ports.

If none of these methods suit your fancy, get creative! There are many more ways to destroy a Raspberry Pi than could possibly be listed here.

In all earnestness, the most important hardware lesson I’ve learned is that breaking things is part of the fun. Every person I complained about my failures to said, “welcome to the club!” All we can do is support one another, try to learn from our mistakes, and keep building. And seriously, use alligator clips.

Have you ruined your hardware in a spectacular fashion? I’d love to hear about it! Comment below or find me on Twitter at @annthurium.