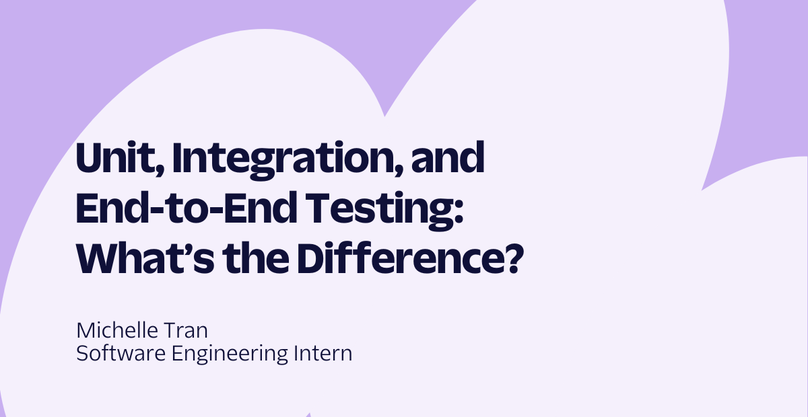 So you’ve written your code and it worked when you ran it – what’s next? When it comes to user-facing code, “running the code once and it worked” isn’t going to cut it. That’s why writing tests for your code is essential: testing ensures your code remains reliable even as you change it. However, there are so many different types of software tests – what testing options are out there, and how do you choose which ones to use?

In this post, you will learn about key testing types (unit, integration, and E2E tests) and the high level differences between them. 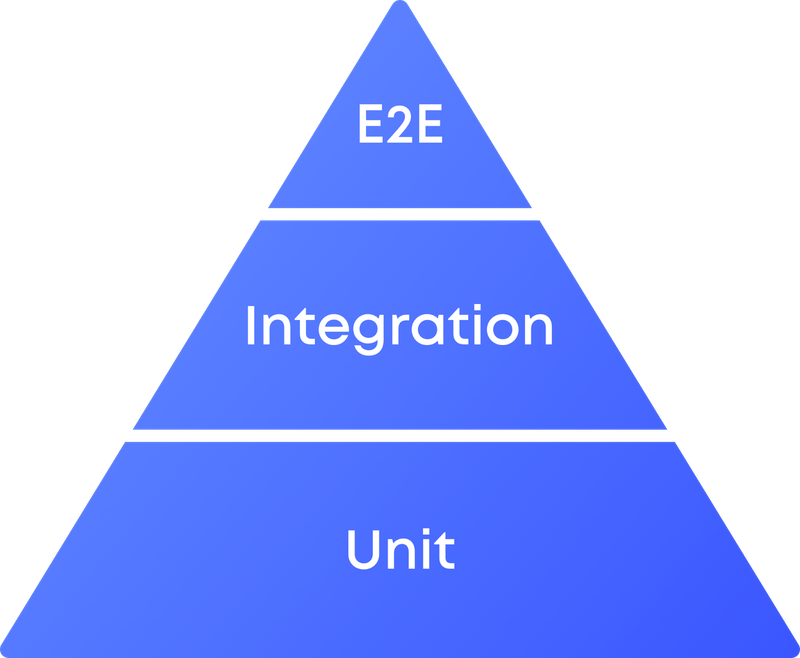 Before we can dive into different test types, we have to understand the various environments we can run code in. 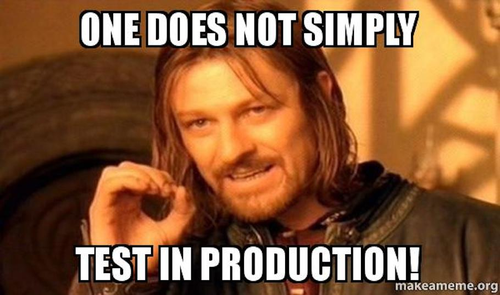 Unit tests are your first line of defense against bugs. These tests are meant to run locally and verify the most fundamental bits of logic in your code.

Whether it be a function, a class, or anything else, unit tests are meant to test every feature/potential logical path. In fact, writing a unit test for every possible flow of your code is called 100% code coverage. Realistically, a good amount of code coverage will look something more like 80%. The more coverage you have, the more confidence you can have in your code when your unit tests pass. 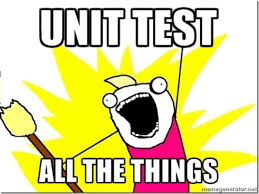 “Mocking” a service just means you’re simulating the input and output of a service without actually running through the full logic. Mocks are not exclusive to integration tests, but they are often used in them. To learn more about mocking, check out this blog post about mocking in Python.

Effective and scalable codebases typically consist of many small pieces of code that do their job well, but how can we tell if they are successfully working together? Integration tests allow you to verify the “glue” between your services, i.e. API calls or database queries. This comes in handy as your codebase gets larger and includes more sophisticated interactions. 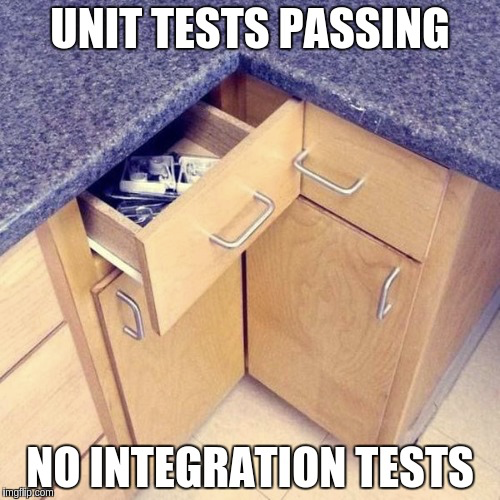 Integration tests aren’t quite as ubiquitous as unit tests, but there are many reasons to use them, such as:

End-to-End tests, or E2E tests, are a way of verifying your code’s deployed behavior from a user perspective. You automate a user simulation that interacts with your system as a black box, so all that matters is whether the user’s actions correspond to the correct output in a timely manner. These tests are typically done in a dev or staging environment, in order to match the production user interactions as closely as possible.

E2E testing is like taking a practice exam – it’s the closest you can get to the real deal. Verifying that your code works in a near-real situation improves your confidence that your code will work in a real environment.

E2E tests are complex and difficult to implement. They are most common in production-grade code, so you can probably spare yourself the time on pet projects or schoolwork if manual testing is more efficient. In summary, use E2E tests when: 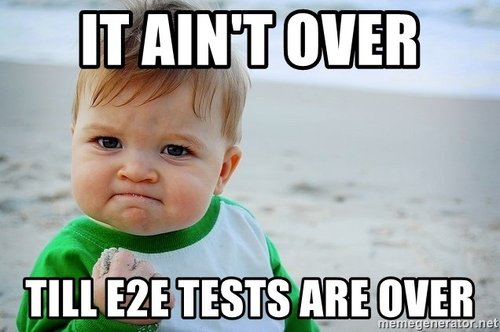 Overall, each test type has their strengths and weaknesses. When deciding on which test types to use, it ultimately comes down to whether its purpose/common use cases suit you, and whether their properties (i.e. execution time, required technical infrastructure, etc) are viable for your system.

See the chart below for a summary of each test types’ similarities and differences. 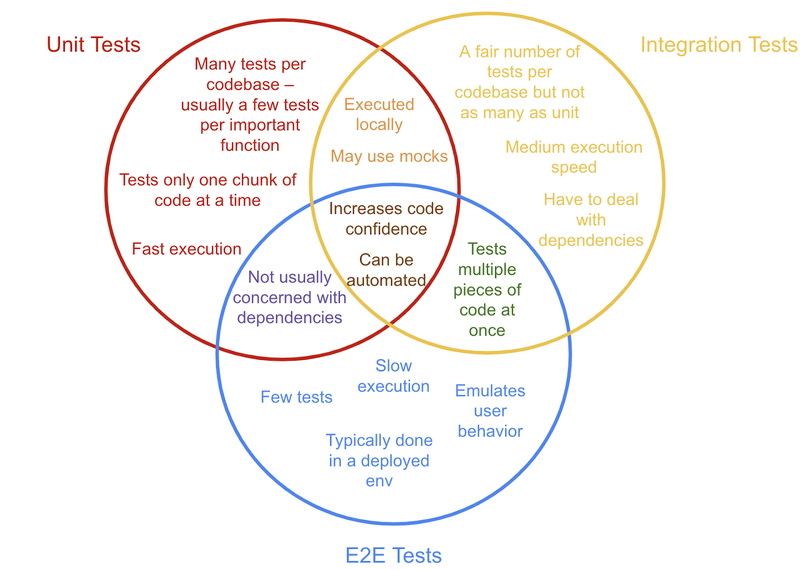 Now that you know what kinds of tests are out there, go reinforce your code! For more details on how to actually implement unit, integration, and E2E tests, feel free to peruse the following resources:

Michelle Tran is a Software Engineering Intern on Twilio Flex’s CLAW team during the summer of 2022. She is currently studying Computer Science at the University of Colorado Boulder, and can be reached at mtran [at] twilio.com or on LinkedIn.