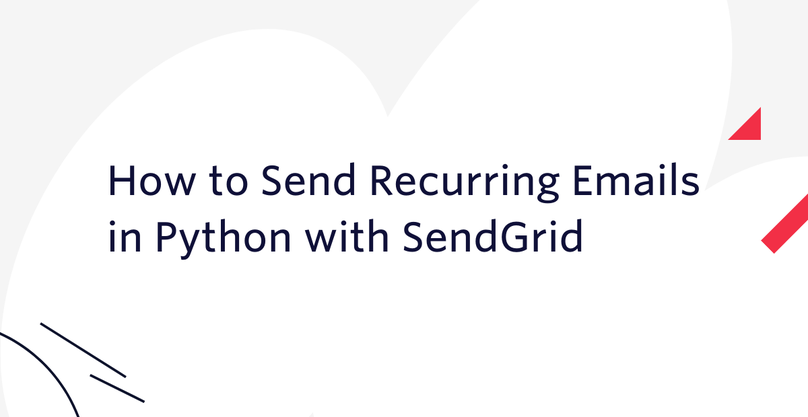 Many applications have the need to send emails programmatically at specific times or regular intervals. In Python this is possible with the use of the Twilio SendGrid API for sending emails as well as Redis Queue and RQ Scheduler. Let's walk through how to schedule an email step by step.

The RQ and Redis Python modules will install as dependencies with RQ Scheduler. In order for RQ to work, you'll also need to install Redis on your machine. That can be done with the following commands using wget: 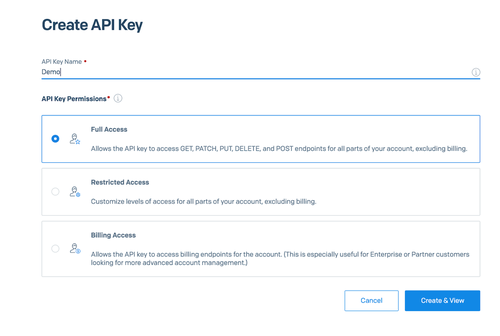 Now that you have a SendGrid account and API key, you're ready to dive into some code and send emails! Start by opening your terminal and navigating to the directory where you want your project to live.

Now create a file called send_email.py in this directory and add the following code to it:

Before running this code, remember to replace the to_emails value with your own email address to verify that your code worked correctly. If the SendGrid API key environment variable is set, then this code should work correctly.

Note that in production applications, it's recommended to verify your Sender Identity by completing Domain Authentication. A Sender Identity represents your 'From' email address—the address your recipients see as the sender of your emails. For a step-by-step tutorial on this check out: How to set up domain authentication for Twilio SendGrid.

Finally, in your terminal use the following command to run this code to send yourself a picture of an email:

Check your inbox and you should see something like this!

You can use RQ Scheduler to execute specific code at a specific time by creating a Scheduler object and passing it a function to execute, a Python datetime, and any arguments you want to pass to the function.

So first, we need a function to pass to our Scheduler object. Let's take the code from before in send_email.py and put it in a function:

Now create another file for scheduling this function, called schedule_email.py, with the following code:

Make sure to replace to_email@example.com with your own email address. In this example we're just using a datetime.now() object so it will immediately schedule the email for testing purposes, but you can use whatever time you want. And if you want them to recur, you can put them in a loop and continue generating datetimes to execute this function.

Before being able to run this code, you have to make sure you're running a Redis server, an RQ worker, and the RQ Scheduler process all in other terminal windows. You should already have run the Redis server by using the command src/redis-server from the directory where you installed Redis. Open two more terminal windows, and in both of them navigate to the directory where your code exists and activate your virtual environment for this project. In one window run the command rqworker and in another run the command rqscheduler.

With this done, you should be ready to run your code to schedule an email:

In this tutorial, we went through how to send an email with SendGrid and how to schedule them in Python using RQ Scheduler. Now you can use RQ Scheduler for all of your Python scheduling needs, such as sending a notification when the International Space Station flies by a location. The possibilities are endless.