When building iOS applications with Swift, you often need to use third party libraries as dependencies to avoid rewriting code that other developers have already created and shared. Swift Package Manager (SwiftPM) is a command-line tool for building, testing and managing Swift project dependencies.

We will create a very basic Swift command line program that will parse some JSON using the popular SwiftyJSON framework to learn how to work with SwiftPM.

Making sure you have the right tools

You will need Xcode 8.0 or greater and Swift 3.0 or greater to use Swift Package Manager on OS X. Swift 3 is also available on Linux.

To find out which version of Swift you’re running, enter the following command in your terminal:

Open your terminal and create a new directory where you want this project to live. Now create a Swift package in this directory with the following command. This command will name your Swift package after your current directory. For future reference, I named mine SPMTest:

All dependencies are downloaded into a Packages directory which the SPM will automatically create.

Now that SwiftyJSON is installed, we can use it as a framework. Create a file called main.swift in the Sources directory. SwiftPM looks at this file to decide what to do when we run our program.

Now build the project by running the following command from the root directory of your project:

SPM will generate an executable for this project. From the root directory of your project, run this executable and hope the JSON is parsed correctly:

You can also use SwiftPM to generate an Xcode project for you by running:

After this, open your newly generated Xcode project:

This allows you to reap all of the benefits that editing Swift in Xcode gives you, such as awesome autocompletion. 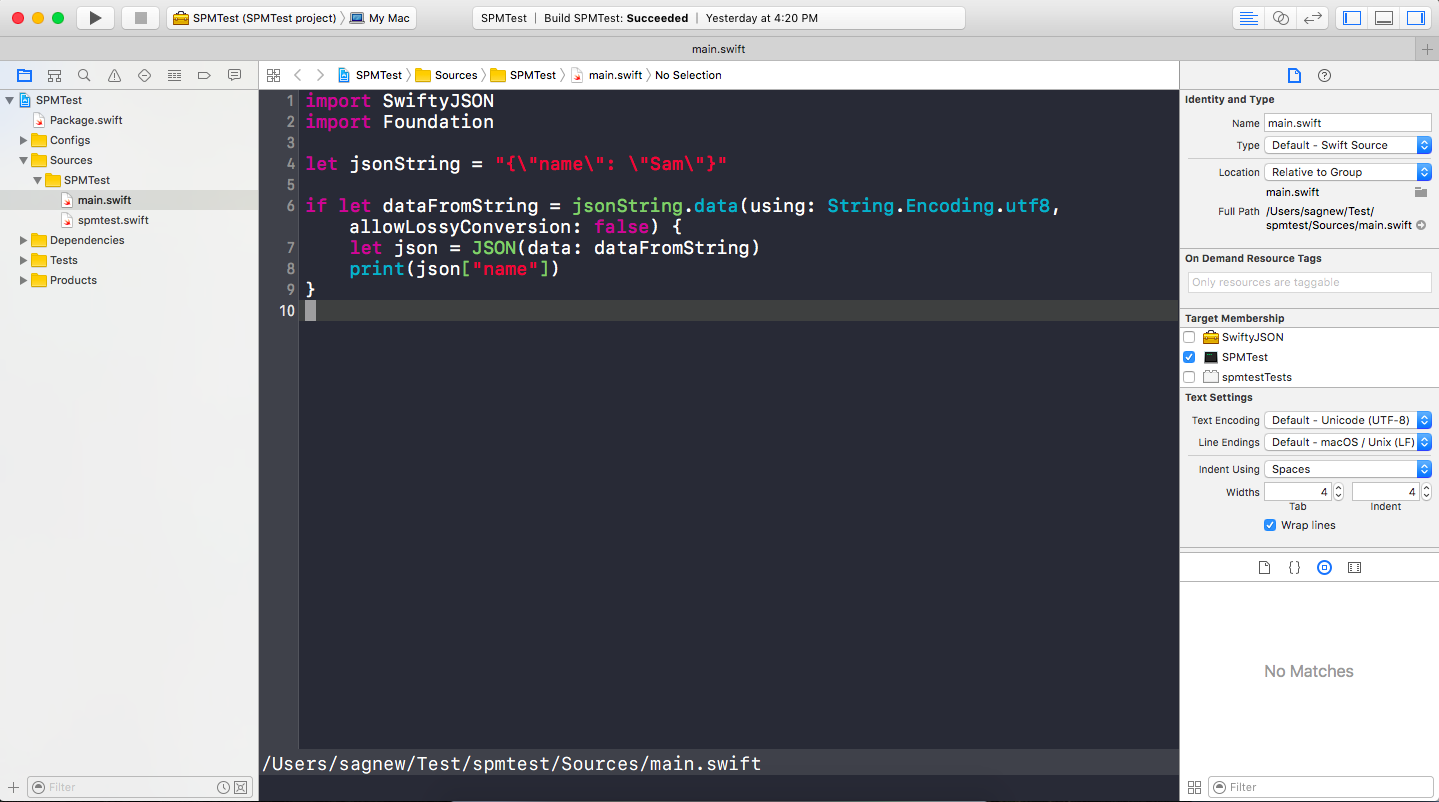 Moving on with your Swift projects

Although it is new, it is exciting that Swift now has an official package manager.

If you are worried about whether it is ready for production applications or not, you may still want to use CocoaPods or Carthage until SwiftPM has been more widely adopted. If you want to see what kind of awesome packages you can use with SwiftPM, check out the Swift Modules website.