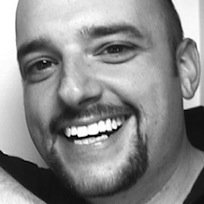 In October, the FTC declared war against illegal, unsolicited robocalling, and asked developers to join them in the fight. The FTC offered $50,000 and an FTC Technology Achievement Award to the developer who could build the best tool to deter robocalling. Today, the FTC announced Aaron Foss’ Nomorobo as one of the two winners. Powered by Twilio’s queuing and conditional call forwarding, Nomorobo acts as a middleman, snuffing out illegal calls before they get to the consumer.

So how does Nomorobo decide who’s a robocaller, who’s a legal telemarketer and act accordingly– all before your phone rings?

Nomorobo uses conditional call forwarding, powered by Twilio, to cache the potential robocall. From there, it inspects the caller’s call frequency. Let’s say the caller made 3,000 calls in the one minute. Odds are it’s a robocaller, and Nomorobo hangs up on them.

The whole service takes place in the cloud. There are no infrastructure changes, or hardware required. This was one of FTC’s guidelines for the contest. Creator Aaron Foss said “their number one criteria for the winner was ‘how feasible is it to get this launched, and get people using it as fast as possible.’”

Aaron is no stranger to building and scaling products fast. He holds two patents, previously founded SideTour and Alegean, and is currently co-founder and lead developer at SmartChemo.

Congrats to Aaron on his big win, and fighting the good fight against Robocallers.

To learn more about Aaron visit his website here.