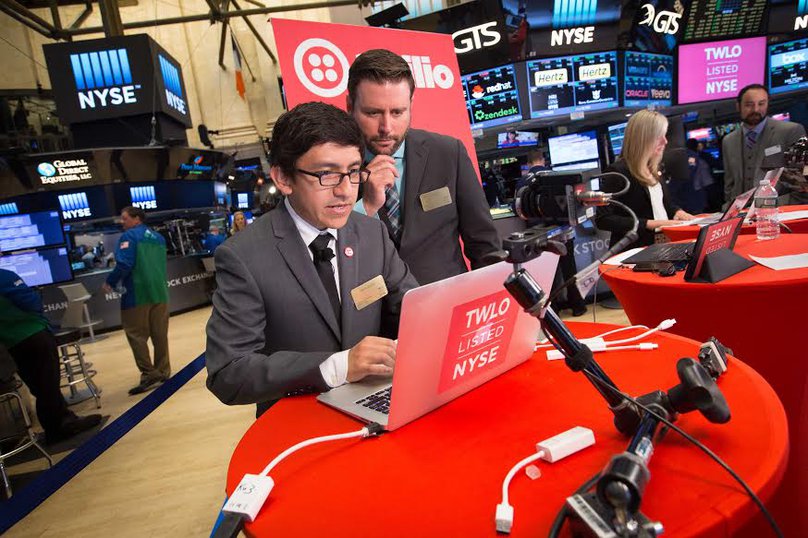 Check out all their apps and try them out right here: http://www.twlo.codes/

In a matter of hours the team of developers built three Twilio-powered apps that let you do anything from contacting your congressional representative via SMS, to checking stock prices via text, to spreading the word of Hodor through a hotline. It wasn’t just the team of 3 that shipped code. Kenny Polcari, a 35 year veteran of the NYSE who had never coded in his life, built a Twilio app in 6 minutes.

Here are the apps the crew built:

The code you write makes phones ring. But it does far more than that. It unites a community of developers, reduces the distance between a citizen and their congressperson, and sparks Hodor-sized belly laughs. Today, that code brought us — the whole community — to the NYSE where, for the first time, we made a bell ring. We can’t thank you enough for being an integral part of that and we can’t wait to see what you build.