The TechCrunch Disrupt Hackathon was back in full force this year, with hackers of all ages and experience levels converging on the beautifully sunny Pier 94 in New York City for a day of solid hacking and mingling with the best of the best of the hacker community.

Hackers came out for the food, the fun, the free massages, and the crazy prizes. Not only was Twilio was giving away a sick smartphone-controlled A.R. Drone quadcopter for the top Twilio hack, there were massive piles of cash and other amazing prizes up for grabs from Mobli, Kno.des, Mashery, and more for the use of their APIs.

With almost 400 hackers in attendance, I was amazed to find that more than half of them stayed the night, braving sickness and code quality to add that one last feature to their hacks.

Things came to a head at 9AM, when hackers were forced to put down their keyboards and submit their hacks. Out of the dust and rubble, 92 teams arose victorious (or at least awake), ready to give one minute speed pitches for their hacks to the panel of distinguished judges. If you missed the demos while they were live, you can watch the 92 recorded hack demos below:

After hours of demos, with most of the audience members delirious from sleep deprivation, the winners of the 2012 TechCrunch Disrupt Hackathon were announced. Each of the API sponsors chose a winner for their individual prize, and the three overall winners each got a backstage interview and a one minute demo slot at the popular TechCrunch Disrupt conference following the hackathon.

The winner of the Twilio prize was Pickle, who built a real-time photo question and answer app that lets you post a photo to your friends and then have them vote and comment via SMS on which option they think is best. Protip – The hackers chose Red Bull over Coke as their up-all-night beverage of choice.

Pickle was built by the dream team: Krystle Mobayeni, Atticus White, and Mirza Rahman and they have been crowned epic Twilio hackers with their new set of shiny red track jackets. Congratulations and have fun with your awesome A.R. Drone! 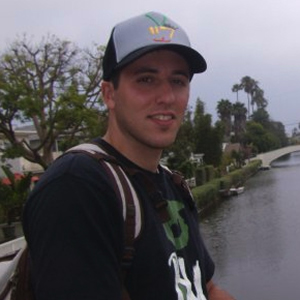 And last but not least, the overall winners of the 2012 TechCrunch Disrupt Hackathon were Thingscription, Poachbase, and Practikhan. You can go check out their backstage interviews over at TechCrunch for some insights into how to kick major butt at the biggest hackathon of the year and have fun doing it.