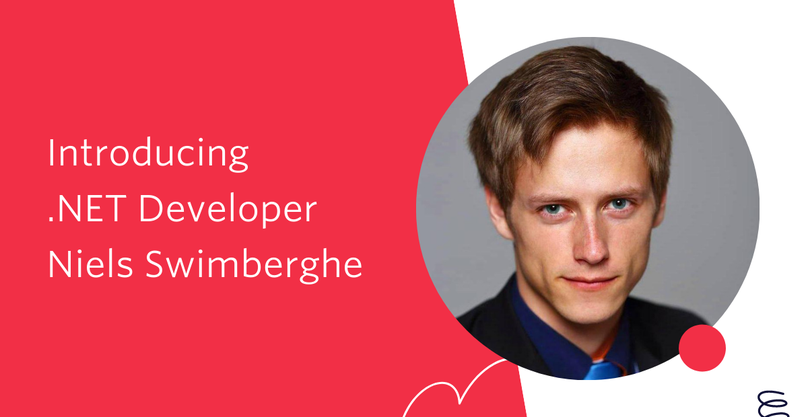 If you had visited the Swimberghe home back in 2000, you would find 6 year old me building with K’nex, absolutely not following the instruction book, because I didn’t know how to read it. Instead I was building my own invention: a motorized car with a mop cloth hanging from the back to help my parents mop the floor. I was quite proud being the first inventor of “robot cleaner” (probably not the first) even though I was limited to the tools I had. The car only went in one direction until it hit a wall and would keep driving into the wall until someone turned it, but that didn’t matter to me. “Mom, dad, look at what I made!” I shouted excitedly, lucky to experience that ecstatic feeling of building something and being so proud that you want to share it with everyone.

A few years later, the K’nex phase had passed, and I was playing a lot of Runescape. A game so addictive I would wait until my parents sleep, stuff my bed with plushies and sneak downstairs to play more Runescape... only to get caught a few hours later (worth it). One night I was shocked to find the game had disappeared, likely the handiwork of my evil big brother. What I didn’t know back then, is that Runescape was actually never installed on the computer. Instead, it was a desktop shortcut to the Runescape website. This was back in the “good ol’ days” of Flash and Java based games on the web. The extent of my computer knowledge back then was basically pressing the power button and clicking on desktop shortcuts to play Pinball or Runescape; and I wasn't gonna play Pinball all night. I eventually found a way to search the internet for my beloved game. As it turns out, I had just discovered the search engine that ended up becoming my super power to this day. 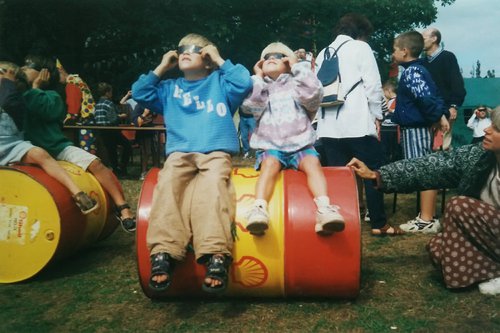 Big brother and me watching the eclipse (with protection of course)

Fast forward to 2006, my brother had become a fanatic of the football (soccer) team called Club Brugge. He was learning how to make websites using HTML and made a webpage to show his support for Club Brugge. It wasn’t much, a logo and a dark blue background matching the colors of his beloved team. He called me over to show his impressive work consisting of about 20 lines of code. To me, those 20 lines of code were magic and so complicated I didn’t think I’d ever understand. But I had the power of search engines on my side.

To my own surprise, I was able to find the dark blue color code and change it to the green color of the rival team Cercle Brugge. He wasn’t amused to find his fan page defaced, but I was. More importantly, a seed was planted in my mind.

Four years later, I discovered the wonders of smartphones as my brother had acquired an HTC Hero and he was playing a game where he had to balance a ball to move it through a puzzle. This ball was controlled by the gyro sensor on the phone. It may seem trivial today, but back then, it was magic to me. This inspired me to get my first smartphone, the original Samsung Galaxy S. Android 2.3 was pretty rough, so I dug into the XDA forums to make my phone more powerful and faster. This is when I started rooting phones and flashing all kinds of ROMs onto them, not always successfully. My heart started pounding and I panicked when I bricked my phone. Bricking means that your phone won't boot anymore. If you’ve ever broken production, you know the feeling! Luckily I was able to eventually fix the bricked phone. Messing around with Android and their apps is what inspired me to make the leap of faith to study tech.

I had no idea what software development was as a kid. It was not a visible career path. I was taking the more conventional route of learning science until I had to make the big decision. Do I pick a specific field of science to study in college, or do I choose something completely different and hope for the best?

This wasn’t a computer science bachelor, it was less academic and more practical. They taught a very broad set of skills based on market demand, and also let you specialize to become a T-shaped technologist. T-shaped being a jack of all trades but an expert in a specific area.
My expertise was .NET web development. In case you are interested in what the other skills were, here’s a visualization: 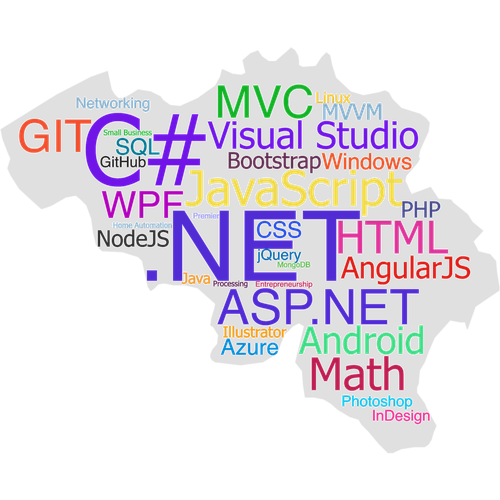 The strange shape above is the shape of Belgium, the country I grew up in and studied.

The Flemish government (Dutch half of Belgium) in collaboration with HOWEST sent me to Washington D.C. to intern and study.

“If you ever have the opportunity to study abroad, do it!”

I had some jobs here and there during my studies, but I landed my first real job as a .NET developer at a web agency in Belgium. We made huge websites with a very expensive CMS (Content Management System) called Sitecore. My next job took me back to the States where I developed software for federal government agencies and some private clients as well.
This is where I got to learn the real meaning of on-premises, brown field, and enterprise applications. I worked with PowerShell, SharePoint, Dynamics CRM, ASP.NET WebForms, and a legacy CMS. Good ol’ .NET Framework all day long.

My dad was a Math teacher and maybe that’s why, as a kid, I was inspired to become a teacher. But I wanted to be a gym teacher. I’d play sports at work and not have any homework to correct. More time for videogames at home... I headed in a different direction, of course, but I have been teaching in an unofficial capacity. I taught how to play poker in English class to my fellow Dutch speaking classmates. In college, I would help classmates with their coding assignments during our 45 minute train commute. At work, I would do research & development to prepare presentations & classes. 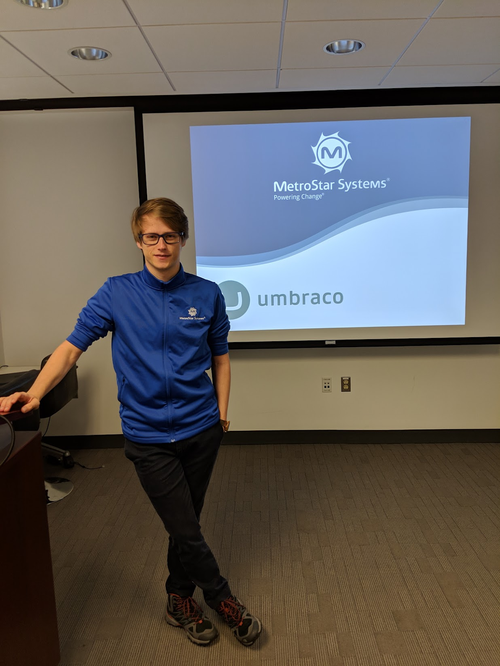 Niels giving a presentation on Umbraco at MetroStar

I was helping individuals and small teams, but I wanted to share with more people. This led me to get more involved on StackOverflow, but not everything I wanted to share was a good fit for the platform. I wanted to write blog posts, but I kept procrastinating because I didn’t have a proper blog website to do so. So I custom built my blog using the Umbraco CMS. In hindsight, it was just a poor excuse not to write, but I ended up learning tons of things about technical Search Engine Optimization (SEO).

“If you want to blog, just blog, it doesn’t matter where. There are free platforms and you can always take your posts and move them when you need to.”

It’s been over 3 years since I’ve started blogging. I’ve made many friends. I even started contributing to other websites such as Twilio and creating a couple of videos on YouTube!
The most satisfying part is seeing people engage with the content.

After many years of teaching in an unofficial capacity through mentoring, lecturing, and blogging, I have decided to take another leap of faith. I am now producing technical content for the .NET community as part of my new role on the Developer Voices team at Twilio.

.NET is a big platform. It has multiple official and many more unofficial languages. You can run .NET almost everywhere. Suffice to say, there’s a lot to learn, a lot to teach, and a lot of opportunity for all of us to build. My goal is to help you build amazing things with .NET, and I can’t wait to see what you build!

Niels Swimberghe is a Belgian software engineer and technical content creator at Twilio, working from the United States. Get in touch with Niels on Twitter @RealSwimburger and follow Niels’ personal blog on .NET, Azure, and web development at swimburger.net.

Learn how to use different open-source Razor engines to render Razor templates to strings for sending emails.

What is Razor Templating, really?

Take a peek behind the scenes of Razor, and learn really happens when you render that web page from a Razor template.

Find your U.S. Representatives and Congressional Districts with SMS and ASP.NET Core

Use Razor Layouts in FluentEmail to reuse Headers and Footers

Learn how to reuse Razor code like headers and footers across multiple Email Templates using Layouts in FluentEmail.

How to build an Email Newsletter application using ASP.NET Core and SendGrid

Learn how to build an application to manage contacts and send out newsletters using C#, ASP.NET Core, Entity Framework Core, and SendGrid.