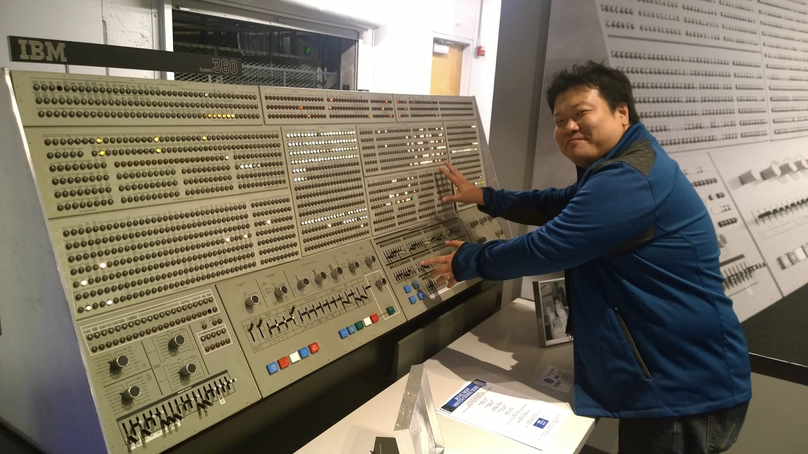 Do you remember the 1st app with UI you built in your life? I certainly don’t remember what it was, but I am sure it was an app to enhance my gaming experience. I was (and still I am) very crazy about PC games. I played early titles in online games like Diablo, Ultimata Online, EverQuest. After a decade, I came back to play EverQuest in 2018, and days played for my main character are 532 days now. This adds up to me playing EverQuest for 12,768 hours in total! Have you played a single game for that long? 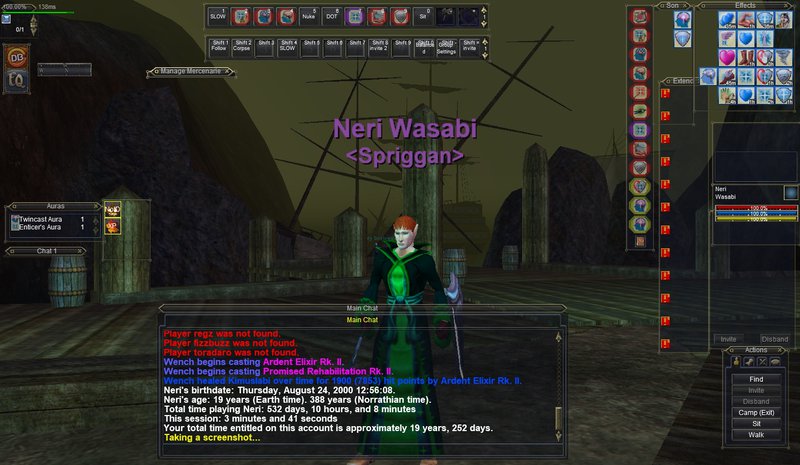 During the early 2000s, I made a lot of friends from all over the world in the game. We spent whole nights fighting against monsters in large groups (50+ people, so called “Raid”) to defeat dragons and gods. I often fell asleep on the keyboard! Fifteen years later, I still find opportunities to connect with them. If you have something in common, it’s very easy to get along with people. So, please come say hello to me at events, trade shows, meetups if you have played EverQuest and love coding - I have a lot of things to share!

To get back to the topic, I lived more than 10 years in Graphical User Interface (GUI) world. The first framework I used was Java Swing at school. I had to write Java code to place UI controls and lay them out properly. The developer experience was not really good.

Then, I met a Rapid Application Development tool, called “Visual Studio”, which gave me a great experience with drag & drop UI controls on a design surface. With Visual Studio, you can build a great (or a decent UI) in your App very quickly. That’s how I got into the GUI world.

After graduating, I became a .NET Developer and at one point I joined a company that provides UI components (Grid, Chart, Tree, etc.) for developers. I had a chance to gain experience with various programming languages, frameworks, libraries... .NET, XAML, JavaScript, Objective-C, Java, jQuery, TypeScript, Angular, and React. I believe UI is the key component for software. You can't really sell a software product without having a great UI (UX) nowadays.

Communications are everywhere and are now transforming!

The “Hikyaku” received packages, paper letters, currencies from clients, then passed them in a relay from one place to another. One theory says it took 3 days from Tokyo to Osaka (600 km, or 372 ml) to transport the letters with the service. If you text today...well, maybe it takes about 3 seconds?

Now, we still use the phone, but also email, and SMS/Chat have become very popular and becoming the 1st choice of communications. You cannot live without communications and it matters to a lot of people. What is your favorite? I prefer SMS/Chat a lot. I’d rather respond to SMS/Chat than open email and reply.

I've hung around with .NET Developer communities in Japan for a very long time. I've visited dozens of .NET related user groups, given 50+ technical talks, and had fun with people at many after parties.

The best memory of the past is that once I visited a user group called “CLR/H” in Hokkaido, Japan. The meetup was called “Kasouka Day”. You have to wear a costume to participate. “Kasou” means “virtualization”, and it also means “disguise”. Of course they are different chinese characters, but the sound is the same. For this event, I wore a pink Rabbit costume like Chandler in Friends while I was giving a talk and the rest of the day! 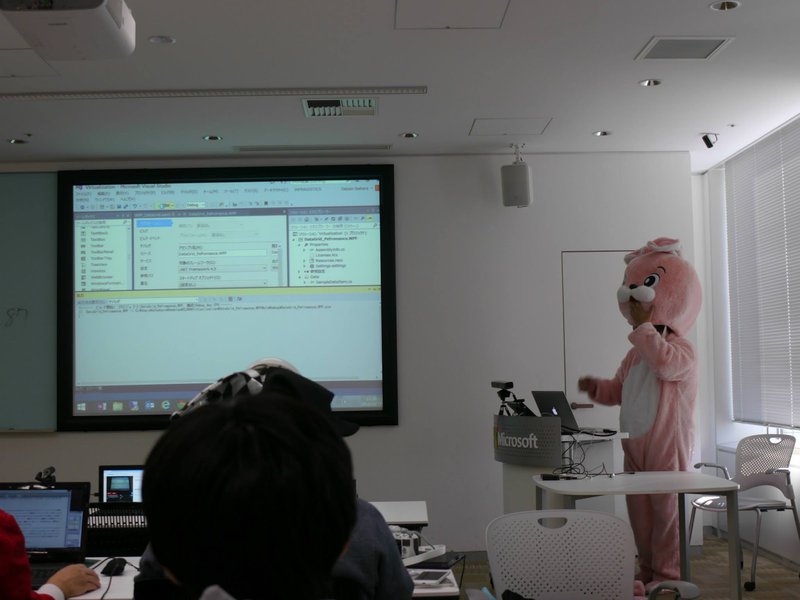 The activities with the developer communities resulted in my receiving a Microsoft MVP award seven times from 2010/Apr to 2017/Jun. Being Microsoft MVP meant a lot to me. I felt others recognize me for speaking in communities. Being awarded gave me a chance to visit new user groups in Japan. I also happened to visit the Microsoft HQ at Redmond to hang out with other Microsoft MVPs from other countries. It was a great time being there.

I have created lots of lasting memories in the communities I've served, EverQuest, MVP, etc. Now, I am excited to meet all the other developers around Japan and make new memories!

You can always reach me with the following channels! Let’s talk!