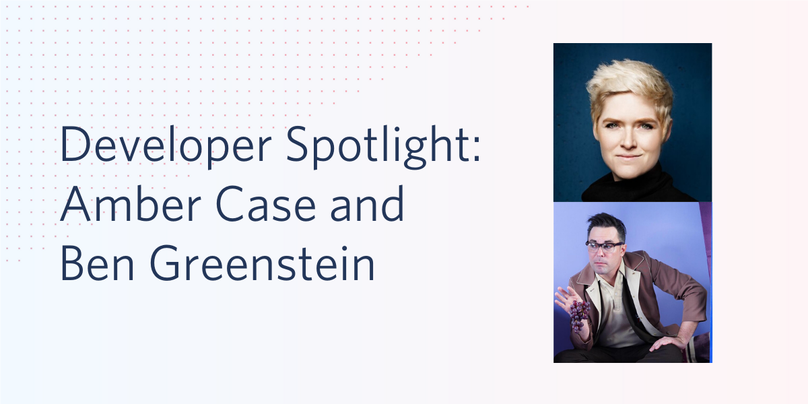 The COVID-19 crisis grounded corporate travel and forced companies to cancel their conferences, which left Amber Case stuck at home.

The Portland-based author, researcher, and speaker traveled regularly for work, and she enjoyed vacations when she wasn’t on the job. However, with lockdowns set to extend well into the summer, it looked as though she likely wouldn’t be going anywhere anytime soon.

Then, one day, she received an email from collaborator Ben Greenstein.

“He sent me this email that said ‘Hi, this is B. Greenstein from Hypothetitech. Congratulations! You have won 10 hypothetical vacations,’” Case said.

Case could call at any time, the offer said, to experience a Choose Your Own Adventure style hypothetical vacation over the phone. With Greenstein proving the pacing and direction of the overall narrative, she could go on, say, a road trip or a vacation in the desert, and she could choose what to do there.

She loved the idea, and over time, the duo started to think of new ways to share it with people.

Twilio Studio provided the capability to create a phone tree-style version of the concept. Players can call 503-455-7353, and they will be given the setting -- a road trip on an empty western highway. The player’s in-game choices then determine how the story unfolds from there. Press 1 to turn north, press 2 to turn south, and so on.

Case and Greenstein had met a few years prior, in something of a chance encounter at a Portland coffee shop. Greenstein, a VR developer in the games industry, had an open project on his computer and the two struck up a conversation about creative ideas. They’ve collaborated on a number of projects over the years, leading up to Hypothetitech.

They had never worked with Twilio before this, but they jumped at the opportunity to start building their app four days before the deadline for the 2020 DEV x Twilio Hackathon.

“I love hackathons, and I said ‘Check this out,’” Case said. “We can make a phone tree, and we can get Wav files and we can host them in WordPress because we don’t have a server. We bought a number from Brilliant, Alabama. I thought it was hilarious.”

They not only built their app in those few days, but they also won the prize for Exciting X-Factor, Twilio’s category for a project that stands out for its creativity and imagination.

Hypothetitech calls back to the simplicity of classic text adventure games like Zork or The Hitchhiker’s Guide to the Galaxy. The game not only tells the player an immersive story, but the interactive element also allows them to feel like they are part of it.

In an era when the stressors of daily life are magnified by the global health crisis, it can provide a much-needed diversion.

“I was talking with my therapist, and she said, ‘When you have an anxiety loop and somebody tells you a story, and you use that visualization engine, you can actually get out of that loop,’” Case said. “By Ben telling me a story to help me go to sleep, it was canceling that anxiety loop and I was able to pass out maybe in five minutes instead of three or four hours.

“Storytelling is there because people don’t have enough food to eat, because they’re going through World War II, because they’re dealing with poverty. This is a powerful thing, your imagination. It’s the original virtual reality engine, where each word is giving you something.”

Both Case and Greenstein favored a phone tree as the medium for their storytelling, in part because unlike many text adventure games, with complicated game syntax or frustrating UI, phone trees are accessible to everyone.

“Everyone knows how to use a phone tree interface, but they’re used to only using it when they’re waiting for something or on hold,” Greenstein said. “You’re used to dealing with it in situations that are frustrating. Why not take that and turn it into something that’s interactive, something that you’d actually want to be a part of?”

Case and Greenstein followed up their road trip story with a second phone tree called Hold Zapper, which takes the caller through sitting on a hold queue to buy a product that eliminates hold queues (503-461-3019).

They’re kicking around ideas for their next projects, including a Quantum Pizza Shop (“Your Schrödinger’s pizza will both arrive and not arrive in the next hour”) and a dating service for IoT-enabled kitchen appliances.

On a more serious note, Greenstein is building a birthday present for his 99-year-old grandfather, which would give his grandfather a single number to call that could connect him to anyone in the family.

“One of the only things we can give him is a phone call, so I thought, why not instead of just a phone call, we give him a thing where he can call the number and he’ll be connected with anyone in the family,” Greenstein said. “He’ll be able to hear a recording they made for his birthday and talk to them when he wants to.”

Case mused about some of the possibilities available for media preservation.

“I know all these people who panic and say ‘Hey, you know computers, I lost all of these voicemails from my grandmother. Can you get them?’” Case said. “And I’ll export the voicemails, but wouldn’t it be nice if you could store them? What if you could just put them into Twilio Studio, and you have an interface for this person’s calls? Wouldn’t that be beautiful? There’s just so many ways to do this.”

In the meantime, they’re using their prize money from the hackathon to take coding courses and build out their website to share stories with more people. As old school web denizens, they’ve relished creating something free and fun that people can enjoy.

“There’s the question of how much does it cost? Can we run it? Do we have to put ads on it?” Case said of their website. “What if not? What if it would be nice to just have this as a service for people?

“There’s so much you can do with these things that are so goofy, but because people aren’t playing as much online, because you have to be part of a 400-person company to have a fun department or you’re making your portfolio for Pepsi Cola or something, people aren’t innovating the way that they could. Innovation comes from play and silliness, and we’ve forgotten how. We’ve got to show people how to do it again.”

Download the core files for Hypothetitech on the Twilio CodeExchange.