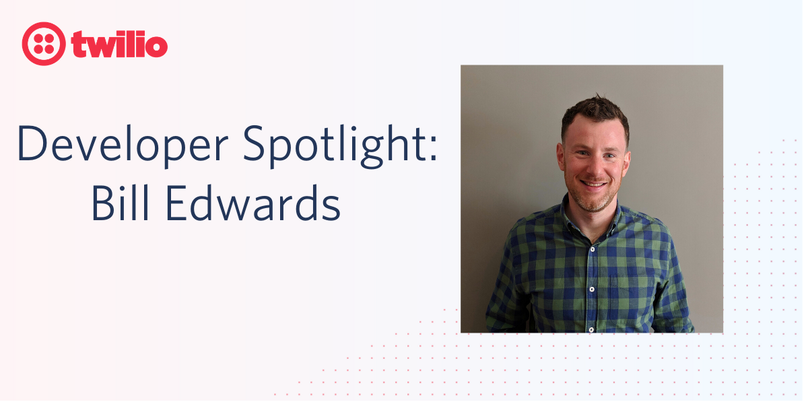 Computational fluid dynamics and fighter jets. Bill Edwards’ path to becoming Head of Technology at a small healthcare startup didn’t follow a traditional path. Although this seems to be a trend with the modern developer (what is a *traditional* path anymore?), Bill’s path seems especially unique.

While studying mechanical engineering at the University of Edinburgh in the U.K., he discovered a passion for great software behind systems, and how it can help solve sticky problems. After completing his mechanical engineering program, he switched gears and dove into a PhD in computational fluid dynamics (the study of using computers to study fluid behavior). He focused on studying and writing algorithms that would solve fluid dynamic problems.

“It was a pretty big leap and tough transition,” says Bill. “But I’m so glad I did make the switch. The math is annoying to figure out so in this case, you let the computer figure it out.”

After school, he began his career as a C++ developer focusing on discrete element methods i.e: simulations of bulk materials or granular materials that move around. The mining and pharmaceutical industries are very interested in optimizing these flows for their products.

He then went on to consult on software for a renewable energy company before taking a position in a major European defence company. In this role, he designed and programmed radar algorithms for two major fighter aircrafts that are currently still in service.

It was in this position that he discovered a passion for data engineering. The defense industry was pretty traditional and operated on Excel spreadsheets and antiquated tools. Bill and a colleague set up a big data cloud computing platform for the whole organization. Being able to work on these types of projects made Bill very happy and passionate at his job.

“We were able to push the boundary there quite a bit with success,” says Bill.

Taking the leap into the startup world

Bill was very happy at his role at the defense company, but the CEO of Nye Health contacted him about a position as Head of Technology at the telemedicine startup. The company helps the public live longer and happier lives by providing technology tools that bring the clinician-patient relationship closer together.

“The Nye Health role was such a great opportunity and such a good idea,” says Bill. “Once I met the team and who I would be meeting with, it was almost a no brainer to leave a really secure stable job to a higher risk startup, but I’m extremely confident that it’s been the right move.”

During his first year at Nye, one of the biggest things he needed to decide was what technology the team would use to offer telemedicine via voice and video. The team went through an analysis of different product offerings and shortlisted to 5 options.

“The combination of features that Twilio has made it quite an easy choice,” says Bill.

The workflows are very complicated and demanding so optimizing these processes is key to a positive appointment from the standpoint of both the patient and physician. On average a patient receives about 10 minutes of interaction with a clinician during an in-person appointment. On a phone call appointment, this interaction can be as short as 5 minutes. 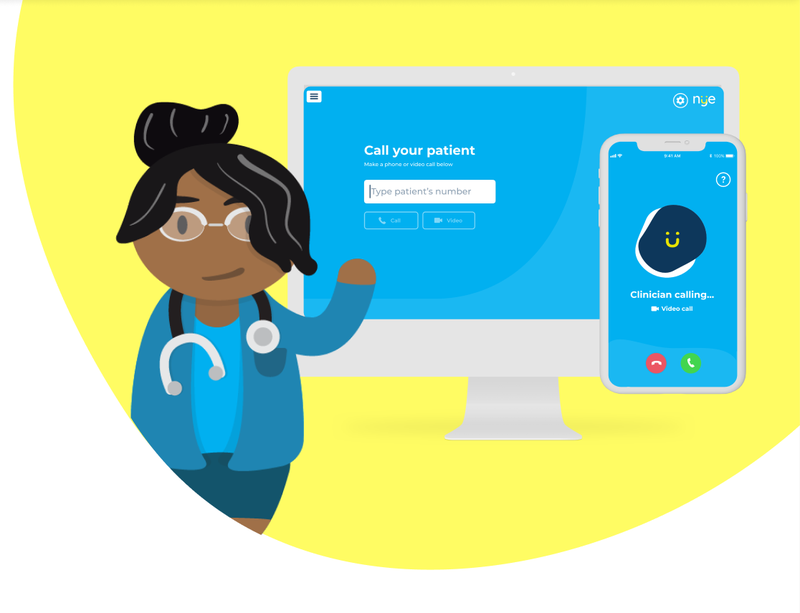 The clinician spends a fair amount of this time manually entering data. Nye Health provides tools that can save overhead stress and return more of that time to working with the patient instead of more administrative tasks.

Telemedicine during a pandemic

Bill’s team reprioritized development goals and revamped the clinical phone and desktop call product offerings. Primary care doctors were using their personal phones and numbers for their appointments while working from home during the pandemic. With Nye Health's offerings, they could connect with their patients without compromising on personal privacy. And patients don’t need to feel the loss of their relationship with their doctor.

From a secondary care standpoint, hospitals that use Nye brought in Apple tablets for patients so that family members could communicate with their loved ones even though they weren’t allowed to visit in-person.

And while the core product of Nye is built with Twilio, others at Nye are also using Twilio in ways that Bill wasn’t aware of until recently. One of the product manager’s prototypes with Twilio CLI. Bill says that this just goes to show how getting up and running with Twilio is seamless. “Big shout out to the API explorer. [It] is pretty mind-blowing that it’s not just a traditional document; it’s actually interactive and testable,” says Bill.

Bill and his team are looking at adding additional features on the voice and video product. “Nothing is too set in stone but ultimately the widest reach is helping improve that relationship between patient and doctor,” says Bill. “There’s lots more coming on the patient side of the experience.”

We can’t wait to see what’s next for Bill and Nye Health as they continue to optimize the patient-clinician experience! For more stories about developers and startups using Twilio, head over to the Twilio Startups section of the blog.