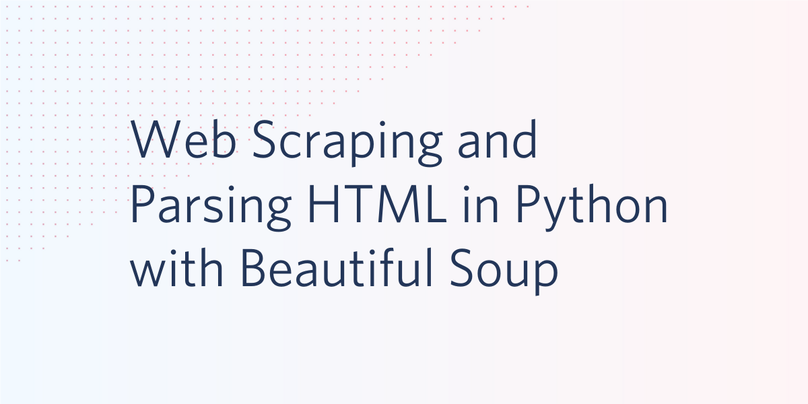 The internet has an amazingly wide variety of information for human consumption. But this data is often difficult to access programmatically if it doesn't come in the form of a dedicated REST API. With Python tools like Beautiful Soup, you can scrape and parse this data directly from web pages to use for your projects and applications.

Let's use the example of scraping MIDI data from the internet to train a neural network with Magenta that can generate classic Nintendo-sounding music. In order to do this, we'll need a set of MIDI music from old Nintendo games. Using Beautiful Soup we can get this data from the Video Game Music Archive.

Getting started and setting up dependencies

You'll need to install the Requests library for making HTTP requests to get data from the web page, and Beautiful Soup for parsing through the HTML.

With your virtual environment activated, run the following command in your terminal:

Using Requests to scrape data for Beautiful Soup to parse

With this soup object, you can navigate and search through the HTML for data that you want. For example, if you run soup.title after the previous code in a Python shell you'll get the title of the web page. If you run print(soup.get_text()), you will see all of the text on the page.

Getting familiar with Beautiful Soup

The find() and find_all() methods are among the most powerful weapons in your arsenal. soup.find() is great for cases where you know there is only one element you're looking for, such as the body tag. On this page, soup.find(id='banner_ad').text will get you the text from the HTML element for the banner advertisement.

soup.find_all() is the most common method you will be using in your web scraping adventures. Using this you can iterate through all of the hyperlinks on the page and print their URLs:

You can also provide different arguments to find_all, such as regular expressions or tag attributes to filter your search as specifically as you want. You can find lots of cool features in the documentation.

Parsing and navigating HTML with BeautifulSoup

Before writing more code to parse the content that we want, let’s first take a look at the HTML that’s rendered by the browser. Every web page is different, and sometimes getting the right data out of them requires a bit of creativity, pattern recognition, and experimentation. 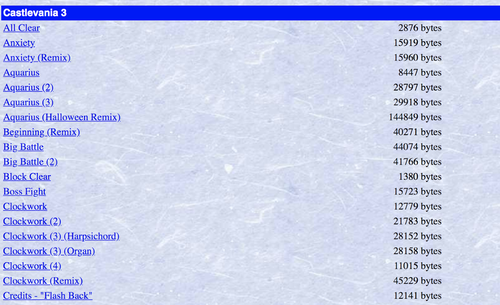 Our goal is to download a bunch of MIDI files, but there are a lot of duplicate tracks on this webpage as well as remixes of songs. We only want one of each song, and because we ultimately want to use this data to train a neural network to generate accurate Nintendo music, we won't want to train it on user-created remixes.

When you're writing code to parse through a web page, it's usually helpful to use the developer tools available to you in most modern browsers. If you right-click on the element you're interested in, you can inspect the HTML behind that element to figure out how you can programmatically access the data you want.

Let's use the find_all method to go through all of the links on the page, but use regular expressions to filter through them so we are only getting links that contain MIDI files whose text has no parentheses, which will allow us to exclude all of the duplicates and remixes.

Create a file called nes_midi_scraper.py and add the following code to it:

This will filter through all of the MIDI files that we want on the page, print out the link tag corresponding to them, and then print how many files we filtered.

Run the code in your terminal with the command python nes_midi_scraper.py.

Downloading the MIDI files we want from the webpage

Now that we have working code to iterate through every MIDI file that we want, we have to write code to download all of them.

In nes_midi_scraper.py, add a function to your code called download_track, and call that function for each track in the loop iterating through them:

In this download_track function, we're passing the Beautiful Soup object representing the HTML element of the link to the MIDI file, along with a unique number to use in the filename to avoid possible naming collisions.

Run this code from a directory where you want to save all of the MIDI files, and watch your terminal screen display all 2230 MIDIs that you downloaded (at the time of writing this). This is just one specific practical example of what you can do with Beautiful Soup.

The vast expanse of the World Wide Web

Now that you can programmatically grab things from web pages, you have access to a huge source of data for whatever your projects need. One thing to keep in mind is that changes to a web page’s HTML might break your code, so make sure to keep everything up to date if you're building applications on top of this.

If you're looking for something to do with the data you just grabbed from the Video Game Music Archive, you can try using Python libraries like Mido to work with MIDI data to clean it up, or use Magenta to train a neural network with it or have fun building a phone number people can call to hear Nintendo music.

I’m looking forward to seeing what you build. Feel free to reach out and share your experiences or ask any questions.