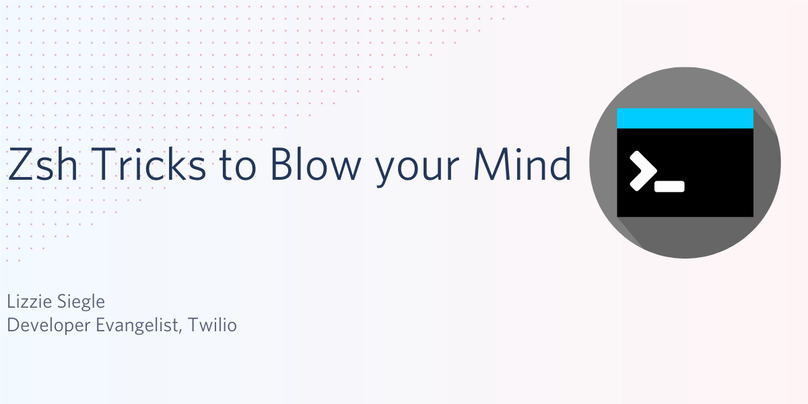 In UNIX-based programming, we often talk about shells, terminals, and the command line interfaces. Bash is probably the most well-known, but there are other widely-used options as well, such as Zsh or the Z shell. Read on to learn more about Zsh and some tips and tricks to optimize your development.

Zsh, also known as the Z shell, extends functionality of the Bourne Shell (sh), offering newer features and more support for plugins and themes. Starting with MacOS Catalina in 2019, Zsh became the default login and interactive shell in Mac machines.

You can install Zsh using Homebrew with brew install zsh.

While you're at it, you can also install the most popular Zsh plugin, oh-my-zsh, that comes with many built-in plugins and themes using this install script:

1. My teammate Valériane Venance tweeted about the take command which creates a new directory and changes to it, thus eliminating the need to type the two commands mkdir and cd. take will also make intermediate directories as needed.

2. Searching through history. In the terminal, pressing the up arrow cycles through previous commands you used starting with the most recent first. With zsh, you can cycle through times you used a specific command, ie. mkdir.

My wonderful teammate Matthew Gilliard told me about ctrl-r ___ which finds the last time you searched for the given phrase. Clicking ctrl-r again would find the second most recent, then third, etc.

4. Mass rename files with zmv. To install zmv, run autoload zmv. I downloaded a lot of images for a machine learning model and wanted to rename them to be more consistent (ie. epcot-1.jpg, epcot-2.jpg, epcot-3.jpg… instead of 1.jpg, 2.jpg, 3.jpg...) The command to do so would be

To check what would happen before running the command, you can add -n, instead running

5. Perform calculations from the command line like a calculator.

6. Bountiful potential plug-ins. As mentioned in the Installation section, oh-my-zsh comes with many plug-ins. You would include the npm and sudo plug-ins by adding this line to your ~.zshrc file: plugins=(npm sudo). Some stand-out plug-ins include

7. Park a command. Ctrl-q "parks" the command you're currently typing and takes you back to the prompt, letting you start over and type another command. Once you run that other command, the original command is un-parked and refills the command line so you can continue--this is good for if you, say, forgot to do a command before a command.

8. Easily edit a command after you've typed it on the command line. If you've typed or pasted a long command and decide you need to edit it before running, ctrl-x-e opens it in an editor (usually vi, but you can set it to be any text editor with the $EDITOR environment variable.)

9. Key combo shortcuts. Type ctrl l instead of clear to clear your terminal.

What's Next for Turbo-Charging your Shell

This is just the beginning--there is so much more you can do with zsh and oh-my-zsh. Check out this oh-my-zsh cheat sheet and this list of ZSH frameworks, themes, and plug-ins maintained by Twilio engineer Joe Block, and let me know online what your terminal looks like!