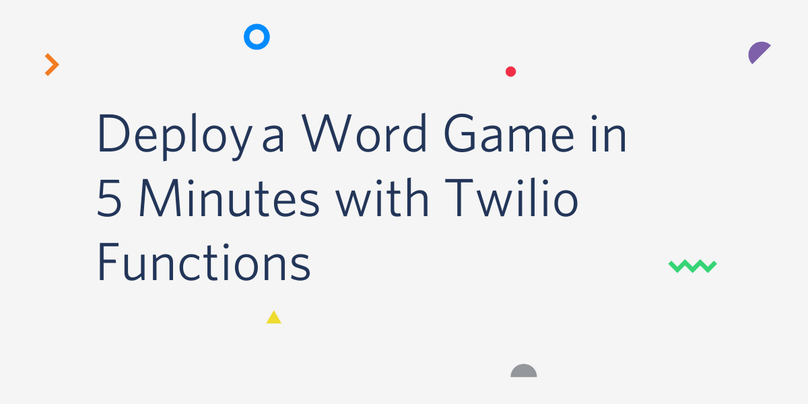 If the number of virtual social gatherings you attend regularly has increased over the past few months, you may have found yourself awkwardly ending a call when all the attendees have run out of things to talk about, or playing the same virtual party game more times than you can count, or perhaps like me you’ve just resorted to reading memes out loud to your friends. If you’re looking to inject more creativity and conversation into your calls, follow along in this post to add a new twist on an old word game to your “Virtual Happy Hour Survival Kit”. Fictionary and this SMS version, BalderText, challenge players to write convincing definitions for uncommon English words to try and trick other players.

Using Twilio Programmable SMS and Twilio Functions, this post will guide you through deploying and getting ready to play a game of BalderText in under five minutes.

Deploy your own game 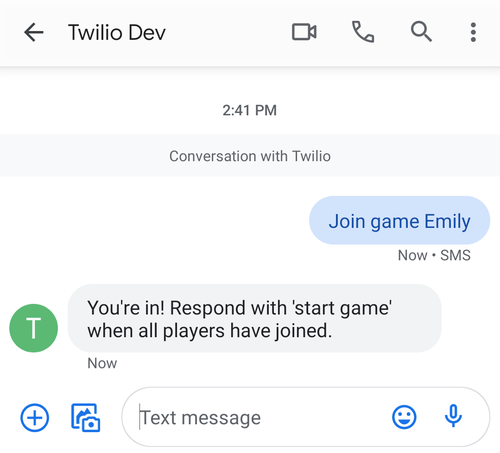 Each player who chooses the real definition gets 2 points.

Each player gets 1 point for every other player who chooses their fake definition. 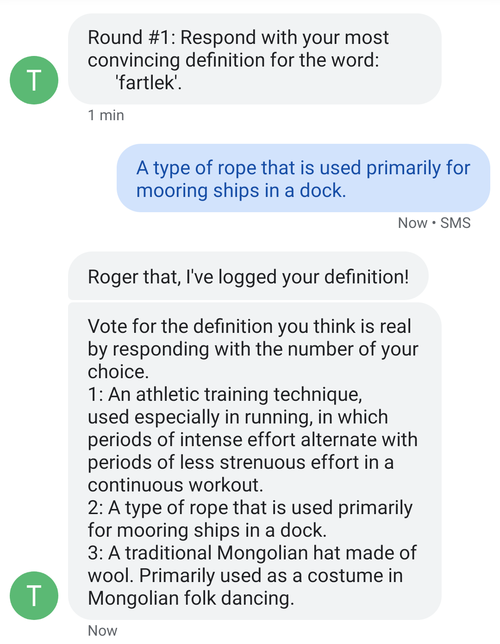 These are the commands you can text to your deployed BalderText number:

Now that you’ve deployed your own version of BalderText -- you can bring it out at your next virtual gathering and get your friends and family in on the game. If you feel inspired to extend or update BalderText, or to build your own virtual happy hour survival game with Twilio, contribute to the GitHub repo, tell us about it here in the comments, or send me an email at eshenfield [at] twilio [dot] com. And check out the links below for more information about the tools I used to build BalderText. We can’t wait to see how you play!

Emily Shenfield is a Developer Educator at Twilio. She focuses on creating engaging demos of Twilio tools to inspire other developers to use Twilio in new and innovative ways. She is a homebody and is secretly really jazzed to be able to see all of her friends without leaving the comfort of  her couch. You can reach her at eshenfield [at] twilio.com.