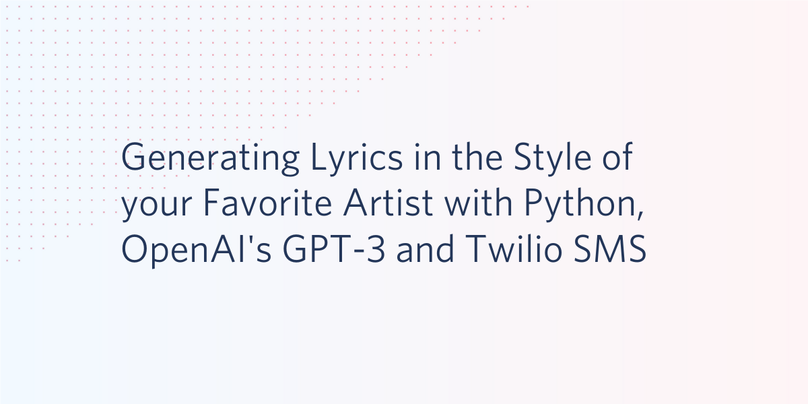 With concerts canceled and many artists being unable to release new music, people around the world are missing their favorite bands. What if you could fill that void by bringing any band or artist's lyrical style home with Python code to generate new songs? 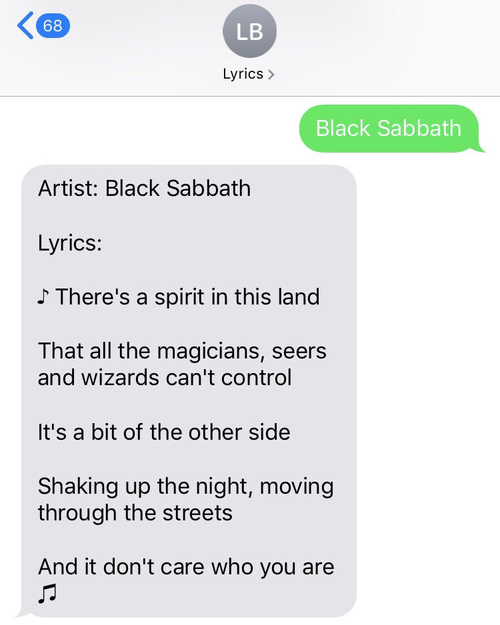 OpenAI's new GPT-3 (Generative Pre-trained Transformer 3) model was trained on a massive corpus of text making it incredibly powerful. This can be used to generate song lyrics in the style of any artist with surprisingly little input text given to it as a prompt.

Let's walk through how to create a text-message powered bot to generate song lyrics in Python using Twilio Programmable Messaging and OpenAI's API for GPT-3.

GPT-3 (Generative Pre-trained Transformer 3) is a highly advanced language model trained on a giant amount of text. In spite of its internal complexity, it is surprisingly simple to operate: you feed it some text, and the model generates some more, following a similar style and structure.

We can see how versatile it is by giving it a tiny amount of input. Simply providing text with an artist name in a format like you'd see on a lyrics website can potentially generate lyrics in the style of that artist. For example, here's what it generates with the input "Artist: Michael Jackson\n\nLyrics:\n": 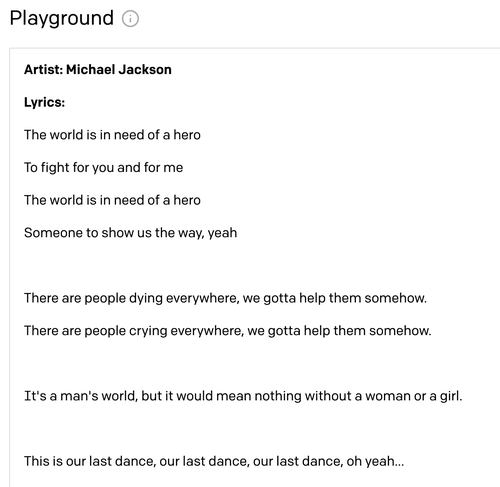 Now create an environment variable for your OpenAI API key, which you can find as the "secret key" at the top of the Developer Quickstart.:

To show that this even works with relatively obscure music, this code uses the longer name of one of my favorite heavy metal bands Slough Feg, but you can try it with any artist that you love. Run this code to see what happens. Sometimes it takes a few tries before coming up with a really good one, but sometimes you get gems. 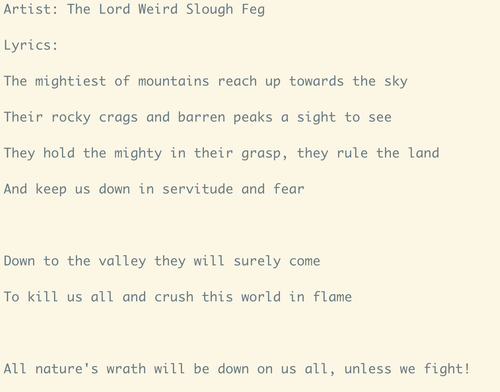 With this taken care of, we can actually build the Flask app to respond to text messages with some AI-generated songs!

You have a Twilio number and are able to have the OpenAPI generate songs. It's time to combine the two.

Before moving on, open a new terminal tab or window and install the Twilio and Flask Python libraries with the following command:

Create a file called app.py and add the following code to it for our Flask application:

Because we have ngrok running on port 5000, the default port for Flask, you can now text it and receive some lyrics. 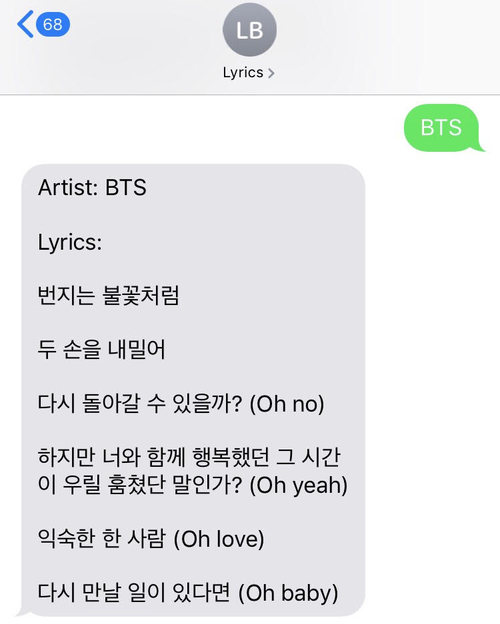 And sometimes after enough tries you may even get an instrumental, which is par for the course for certain bands. 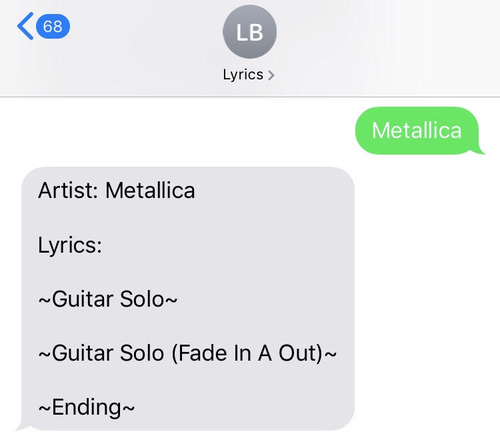 Hopefully you've had fun generating new songs with code in the style of your favorite artists. In terms of technical changes you can also experiment with generating more tokens, and making up for the added time that takes by using Redis Queue to send a text message asynchronously when generation is finished, rather than risking a timeout by responding to Twilio's HTTP request right away with TwiML.

If you want to do more with Twilio and GPT-3, check out this tutorial on how to generate Dragon Ball fan fiction. You can also follow some other tutorials to narrow down which music genre you want to generate lyrics in, if you're into metal or punk music.

Feel free to reach out if you have any questions or comments or just want to show off any songs you generate.